Switzerland was grouped with strong competitors in the knockout stage of Euro 2020: Wales, Turkey, and Italy. Vladimir Petkovic made a few surprising decisions in his selections. He created a young team with only 3 people older than 29. Many identified young with inexperienced, and that was the main criticism towards the football team before the matches began.

The team had high hopes to reach the quarterfinals stage, and they managed to do so. They played beautiful football with competitive opponents.

Now that the championship is completed, we can analyze Switzerland’s tactics, play, and outcome.

Switzerland entered the championship with unfavorable stats on playing with possession. When compared with France, Italy, and other European football giants, this team’s 28% of possession seemed disappointing. The team didn’t look aggressive enough, and it was mainly focused on defence.

The lack of forward play was complemented by the wide-positioned centre-backs, who formed a +1 option with the goalkeeper. Switzerland’s center midfielders were strategically positioned to disturb the opposition, and open space for Shaqiri’s attack.

From this point of view, Switzerland’s tactic was imbalanced, with obvious choices and expected strategies. The game against Wales, which caused a complete aggravation in attack for the Swiss team, proved that fact.

Still, this team excited the championship with heads high. As Petkovic said after being eliminated by Spain, the challenge called for all their power and energy, and they ran out of energy during the final stages.

A Young Football Team for the Win

Switzerland had one of the youngest teams in this championship. With 9 players under the age of 24 years and 16 players under 29, Petkovic aimed for an energetic team with high stamina levels.

Yann Sommer was the main choice in front of the goal. Rodriguez, Mbabu and Alanji created the strong defence mechanism. Granit Xhaka was the main game creator in the midfield. Together with Michel Aebischer and Freuler, they formed the strongest part of this football team. The Swiss forward play was led by Xhedran Shaquiri, with Haris Seferovic and Breel Embolo providing significant support.

Although Perkovic offered a variety of tactics and formations (mainly 5-4-1 and 3-4-2-1), the play was recognizable all along: Switzerland was mostly focused on its strong defence.

This team entered Euro 2020 with an impressive history: a 100% winning record for 2021. This solid reputation increased Switzerland’s odds in online gambling.

The Swiss Aggravation in Attack Formations

Switzerland didn’t enter the championship with impressive attacking metrics. 28% is a low indicator of possession, and it was complemented by an average level of shots per match. However, the team had a great year in front of the goal, reaching an above-average number of shots per game.

Overall, this wasn’t perceived as a direct team of players. The team had a good start by playing from the back, but those tactics inevitably led to an aggravation in attack, which was the final reason for elimination.

Switzerland entered most matches with 4 players in the backline and 3 centre-backs. Xhaka was under a lot of pressure to move the ball towards the attack. We’ve seen this before: when such a huge pressure is placed on a single player, they inevitably break under it.

This was the team’s significant lesson: they need a stronger attacking strategy if they want to compete against Europe’s greatest.

Major Focus on Defence: Was It the Reason for Failure?

Switzerland entered the Euro 2020 matches with a high number of passes allowed for each action of defence. For a highly defensive team, this indicated moderate intensity with only 28% of recoveries per game.

The standard low-block setup for football teams is 3-4-3, but this team did it differently. Petkovic relied on a 5-2-3 system. The team’s common goal was to block passing lanes to win the ball back.

In essence, they showed us many brilliant defensive moments. Rodriguez, Xhaka and Akanji were able to block attacks and push the game forward on several occasions.

Speaking of the Swiss defence, we have to state the fact that Yann Sommer was a true star during the championship. He achieved 81% of passing accuracy and 21 saves over the 510 minutes he played. He conceded 9 goals. Petkovic didn’t have to rely on Mvogo and Kobel at all, although they were present in the team selection.

Field Movement: What Was So Impressive about the Swiss Football Team?

Football fans don’t like watching teams that delay attacks. Those matches tend to be boring, as it takes time for the players to create exciting situations. But when Switzerland was put against Italian, French, and Spanish fast attackers, the defensive play was pure art.

During the match against France, the Swiss team maintained a high-intensity play, giving little to no room to the opposing attackers. France didn’t create many chances to shoot on target until the 55th minute. The Swiss team treated them with a fast reaction.

Reactive – that’s the best word to describe this team’s movement on the field. The wing-backs played an important role in the counter-attacks, and the midfield was in charge of the intense tempo of the matches.

Wales – Switzerland: A Stalemate of Frustration

Wales entered the match with a 4-3-3 tactic against Switzerland’s predictable 3-4-3 system. The Swiss team had difficulty progressing the ball towards the front, so we saw a lot of action in their line of defence. Wales left virtually no space in the center, so the Swiss midfielders didn’t communicate with the defenders well.

Petkovic made a few changes in his strategy, mainly towards an increased use of his forwards. They aimed to drag opposing players off their position and open some space for passing lines.

By the end of the match, the Swiss team managed to overcome the Welsh centre-backs and use the open space. Switzerland took the lead at the end of the first half, but showed an unimpressive play over the second half. Wales fully dominated the ball from there on, and managed to score for a 1-1 result.

Bucharest hosted some of the most exciting Euro 2020 matches. This city has a special sports vibe. The rise of online gambling led to more excitement, with a huge part of the Romanian nation placing bets on their favorite teams. The online casino culture is at its peak, so sports fans who traveled to watch the matches tried something new.

But let’s face it: football fans will always enjoy the game for itself, even when betting is not involved. This particular match was a huge surprise: Switzerland won against all odds. Granit Xhaka, the man of the match, controlled the midfield with his beautiful transitions.

France underestimated the underdog by playing 3 at the back. They recovered from that mistake by shifting to 4 at the back during the second half. The Swiss defence, on the other hand, was outstanding. Mbappe failed to find a weak link, and ended the match without scoring a goal.

The Swiss team was dangerous in its forward motions, but the French opposition managed to withstand. Following up an even score of 3-3, Switzerland won with 4-5 after intense penalty lapses. During this match, this young team showed us more than tactics and schemes. They showed passion and motivation, which the biggest talent in football can often lack.

Sports bettors started seeing Switzerland differently from this moment on. It was no longer the underdog; it became the miracle team that everyone expected to shine.

Decent Fight with Spain: Was It Enough?

After the successful game against France, Vladimir Petkovic kept the 4-2-3-2 formation, which transitioned to a 4-4-2 at times. Spain kept its classic 4-3-3 formation for this game, with the full-backs positioned deep. Spain dominated the ball’s possession, but failed to show progressive play. The Swiss midfielders grew in strength and closed Spain’s attempts to force long balls. Switzerland didn’t create open play, but the defence was exemplary.

After an even result of 1-1, the game went on towards penalty lapses, which Switzerland lost with 1-3.

This is the question that many Euro 2020 analyses asked: are bad penalties to blame for this loss? We cannot blame Yann Sommer. With 10 saves, Sommer was the absolute man of the match. He tricked Busquets to misplace his shot and saved a penalty from Rodri. Still, the Spanish team was more successful at scoring. Ruben Vargas hit his penalty over the bar, but those things happen when players are put under extreme mental pressure.

Lesson Learned: There Are No Underdogs in Elite Football

When an underdog achieves such success among Europe’s greatest, it’s nothing short of a miracle. The Swiss team didn’t come with an impressive record at the championship. They played against all odds and came further than everyone hoped. We learned our lesson; we’ll no longer underestimate them. 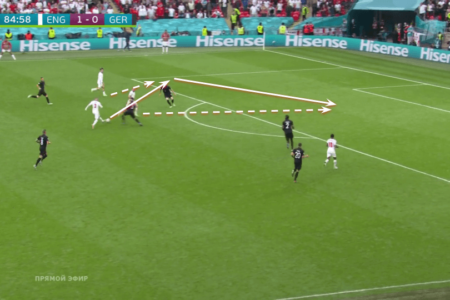 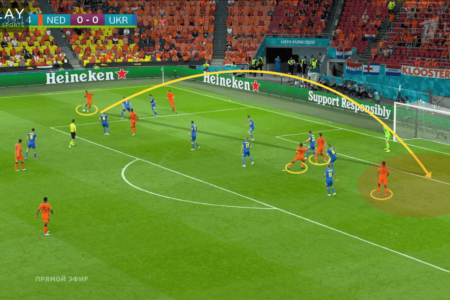