The TFA Interview – Paul Simpson: The importance of tactical flexibility as a manager – podcast

Paul was a wonderful guest who spoke to Adam about how he managed to turn Carlisle from certain relegation fodder into playoff contenders in League Two, coaching with Steve McClaren in the Premier League, being a progressive coach, the importance of self-reflection and tactical flexibility as a manager, and much, much more. You don’t want to miss this one!

TFA Daily: Previewing the World Cup quarter-finals and has Luis Enrique been a failure? – podcast 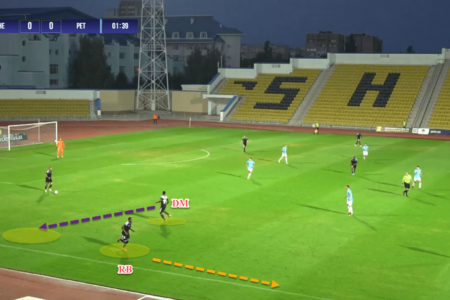 Sheriff Tiraspol: The Moldovan champions punching above their weight in Europe – scout report

This time last year, nobody outside of Moldova had really heard of Sheriff Tiraspol, a club founded in 1997, presiding […]

In this week’s podcast, host Adam Scully was joined by Paul McGuinness, an FA Youth Cup winning coach with Manchester […]