For the first time during their seven-year run as champions, Celtic are in danger of relinquishing the title. The 1-0 defeat to Rangers on 29 December ensured that the Old Firm duo would be level atop the Scottish Premiership entering 2019.

Both sides have since bulked up their respective squads in the January transfer window. However, regardless of who is signed, no player will be as vital to Celtic as Callum McGregor.

In that loss to Rangers, McGregor started at left-back due to Kieran Tierney’s fitness concerns. While McGregor was solid enough as a full-back, Celtic’s build-up suffered without him in midfield.

Celtic’s top four passing combinations all involved McGregor (No. 42). It was almost a reflex for the players to pick out the Scotland international whenever they had possession. 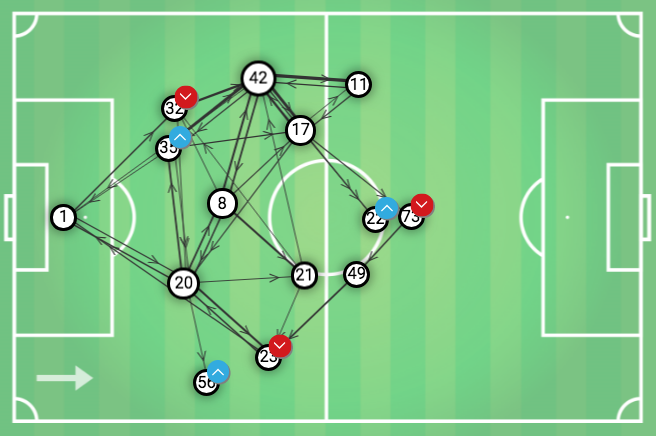 No player received more passes for the Bhoys than McGregor, but he couldn’t dictate the tempo of the game because he was easily closed down on the flank. 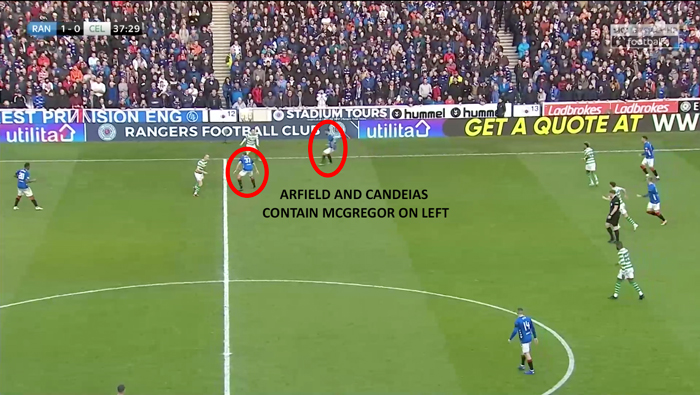 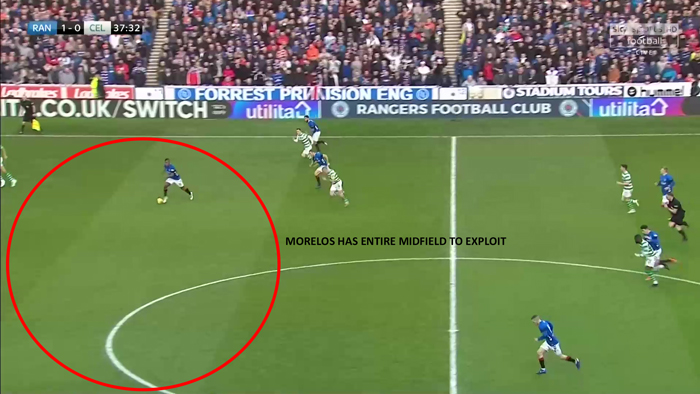 Ex-Liverpool legend Steven Gerrard clearly focused on haranguing Celtic in their defensive third and it paid off. This strategy led to just seven shots and 0.56 expected goals (xG) for Celtic, their second-lowest xG total of the season. The vast majority of those attempts arrived at the beginning of either half and in the final five minutes of the match.

Kieran Tierney’s inclusion or Odsonne Edouard starting up front might’ve changed Celtic’s fortunes at Ibrox. However, their midfield has seldom struggled in the league, so that had to be concerning for supporters watching that fateful afternoon.

McGregor moving to the left to accommodate Tierney’s absence was the key. Nobody in the Scottish Premiership has attempted more passes than McGregor this season, and it’s not even close. He’s also among the top 10 in through passes and passes to the final third. 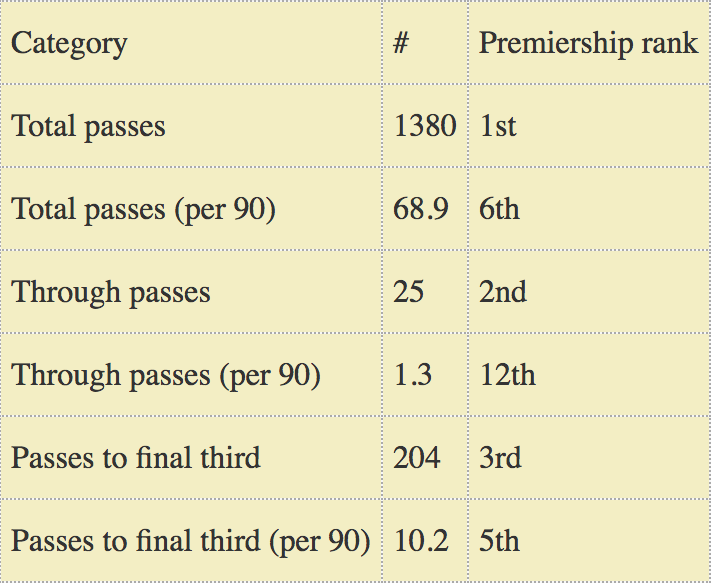 McGregor’s strengths lie with his specialisation in retrieving possession and circulating the ball forward, be it through his distribution or pacy dribbling. Without those attributes in Celtic’s midfield, Rangers’ high press was incredibly successful.

Defensively, McGregor is just as important, too. His ability to track back and cleanly win defensive duels allows him to transition the play into the attacking third. He’s especially integral this season due to Scott Brown’s advancing age.

Where McGregor really shines is his security on the ball. He posts 1.8 losses in his own half per 90 minutes, among the lowest averages in Scotland. This makes it almost impossible to contain him when he has possession. 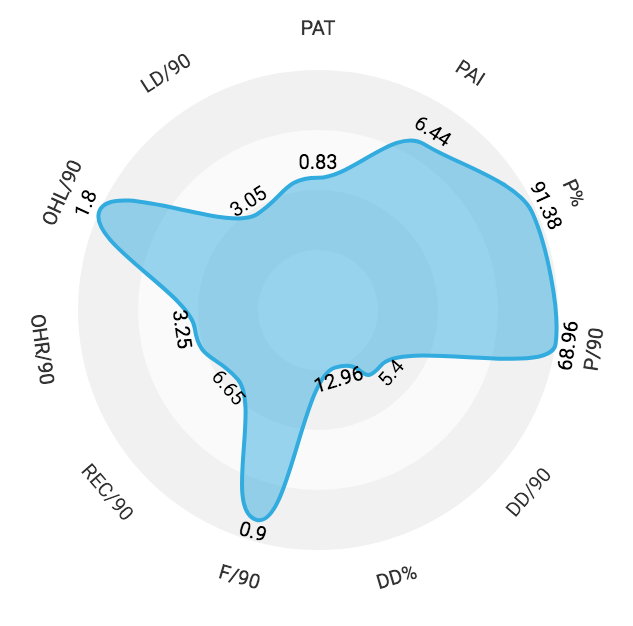 Assuming Brown moves to the A-League or Major League Soccer, this would be beneficial for Celtic. Any combination of McGregor, Ryan Christie and Olivier Ntcham – plus Tom Rogic as the playmaker – injects dynamism into the midfield and that is crucial to Rodgers’ system.

With that midfield pivot starting together, Celtic’s range of passing widens and they control matches more comfortably. A case in point was the 2-1 win over RB Leipzig in Europa League action on 8 November.

Celtic tend to struggle against teams who press them high up the pitch. But thanks to Christie’s work rate and McGregor’s clever positioning when receiving passes, RB Leipzig’s pressure was nowhere near as dangerous. 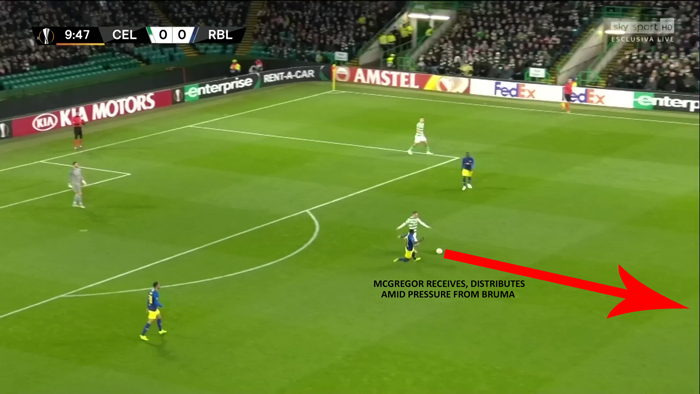 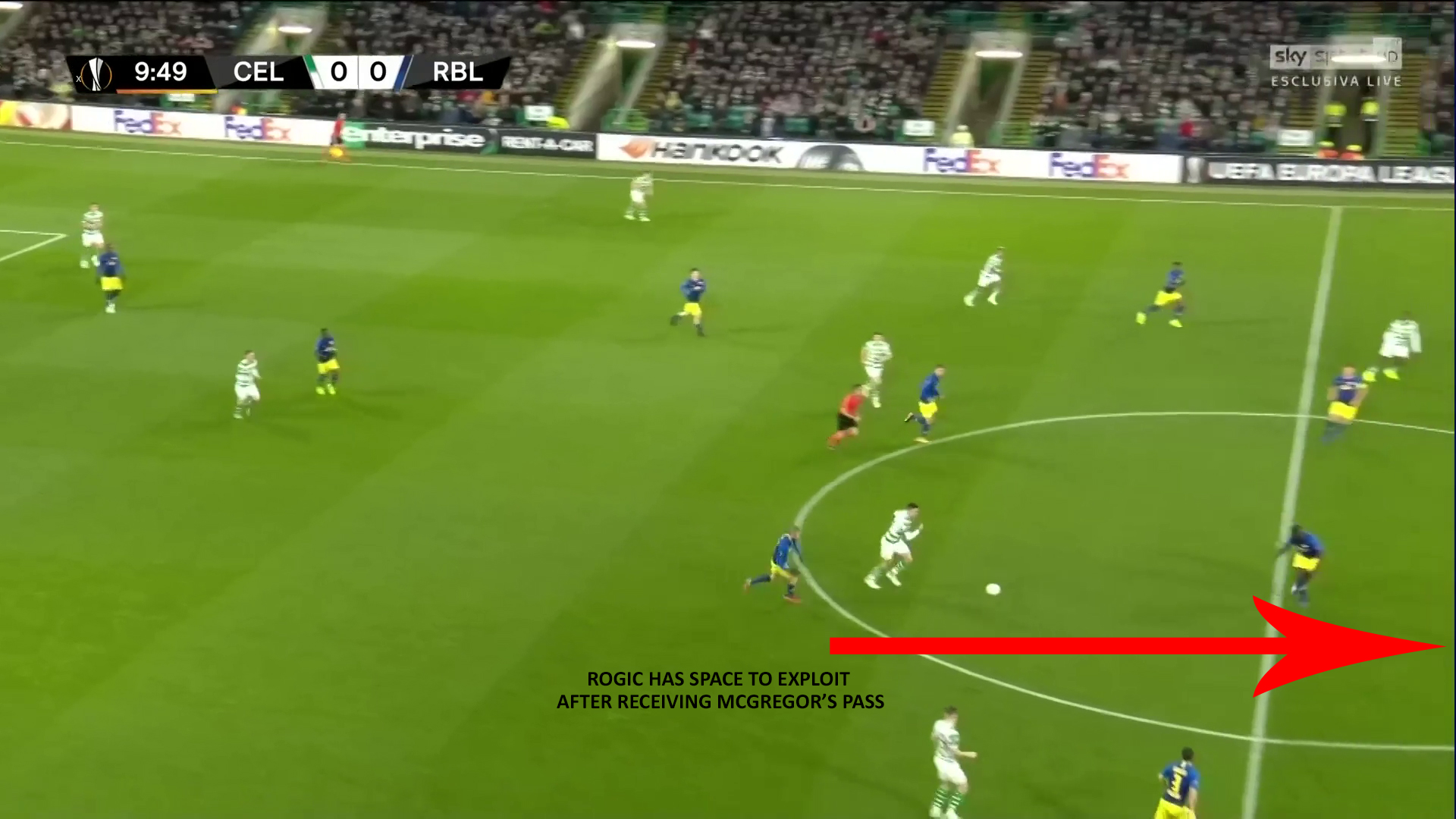 It’s a complete contrast to the performance against Rangers, and that should be enough proof that McGregor’s role should stay consistent. Rodgers cannot afford to move him out of the midfield, otherwise the build-up play is out of sync. The numbers back it up and so does the eye test.

Even though they’re level on points, Celtic still own a game in hand over Rangers. Therefore, they could open a three-point lead atop the Scottish Premiership. The next Old Firm date in March will obviously be crucial as well.

However, if Rodgers wants to avoid a repeat of December’s meeting at Ibrox, or a general slip-up in the second half of the season, McGregor will be essential to a consistent run of form.