Who will win the RW slot for Manchester United?

Manchester United have been through ups and downs throughout the 2020/2021 season. Perhaps their worst experience so far is being knocked out of the Champions league even when the team held a considerable position of power. Events as hurtful as this have made fans question the tactics of Ole Gunnar Solskjaer and the overall competence of the players.

The impact of Bruno Fernandes and the continued form of Marcus Rashford has helped Manchester United record goals. Yet, the club would need more than these two to compete for significant honors still available to them fiercely, especially now that they are in and amongst the fight for the English Premier League Title.

You can check out Uudet Nettikasinot, new online casinos, here.

Nothing came out of those rumors, and the club had to settle for other not-so-highly rated players. It has been left to Mason Greenwood, Daniel James, Young summer signing, Facundo Pellistri, and latest winter signing, Amad Diallo, to step up and contribute their best in the business end of the season.

Who will come out on top and get sufficient playing time to impress in the second half of the season?

The 19-year-old has been Ole’s favorite selection among these four youngsters. This trust is due to Greenwood’s previous and repeated delivery on the big stages. He has appeared 13 times in the league so far this season out of the team’s 19 games and recorded a goal. He was also a familiar face during the team’s spell in the Champions League with five appearances, recording a goal and two assists.

The impact he has made so far this season wasn’t as much as his excellent show last season. His inherent talent and strength have recently been praised by Rio Ferdinand, who said: “It’s difficult for a young player to come into a team that is on a good run like they are now, but a team where the expectations every week are to win.

“He came in, and mentally, he must be powerful. In that sense, he doesn’t seem to be fazed at all.”

Analysts have excused his lack of goals and praise his ability to help the team especially being a young lad in a Manchester United shirt. Fellow BT analyst, Robbie Savage, had this to say about the young winger: “He’s a great finisher. I think he’s such an unbelievable talent. To do it this season in a United shirt, at such a young age, for him to do it this season, it’s massive.”

His current role in the team is vital and would be hard to displace by the rest of the competition.

Even upon joining Manchester United in the summer of 2019, the 23-year-old has rather been an unfamiliar face for the red devils this season. Having only six appearances and a goal in the Premier League this season, his importance to Ole’s plans this season leaves a question mark.

The arrival of Amad Diallo has, perhaps, further depleted his chances in the team. Transfer speculations have been heavy on the Welshman’s possibilities of being loaned out to a host of clubs in the ongoing winter transfer window.

Although the winger has made a total of 10 appearances so far this season, the possibility of a significant amount of appearances in the future looks bleak.

Since arriving on the October summer transfer deadline day, the 19-year-old is yet to make his senior team debut. The young Uruguayan has recorded three goals and assists in 8 appearances for Manchester United’s youth teams this season.

Chances of him making an appearance for the first team have been further crippled by recent winter transfer rumors. Speculations suggest that the club is looking to secure a loan to get involved in some level of first-team football somewhere else. The youngster may have to wait a little longer to feature on the wings for the Red Devils.

A new addition to the Manchester United team, the 18-year-old looks like a signing that is here to stay. The £37m Ivorian just arrived from Atalanta in January after signing in the summer as part of his transfer deal.

The club’s rebuttal of a further loan request from Atalanta has given fans an idea of how important he is to the club’s near-future plans. He has started training with the first team, and his performance in training seems to impress Ole.

When asked about the possibility of him appearing for the red devils within the next 4-5 weeks, the manager answered, “it might be quicker than that; who knows?”. His chance to shine would surely come after fully familiarizing and settling into the team.

Mason Greenwood is, no doubt, the number one choice to fit into Ole Gunnar Solskjaer’s tactics, and only a major change in heart from the manager on James and Pellistri would see them compete for chances. Amad Diallo would be one name to look out for throughout the remainder of the season. 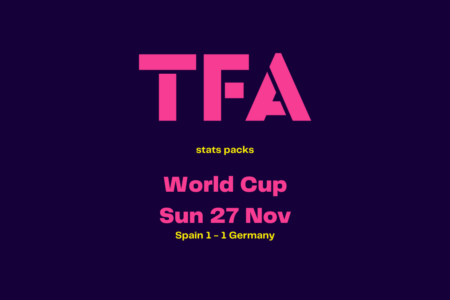 Sunday night saw Spain vs Germany in the FIFA World Cup 2022. We’ve broken down all the key stats for […] 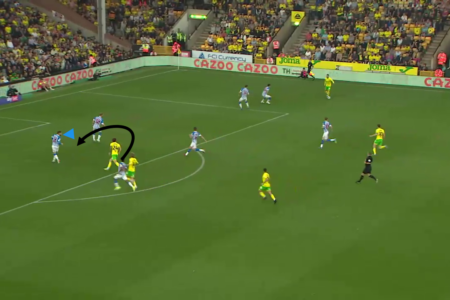 Football betting regulations around the world

Just like any other sport, football comes with its own set of betting rules and regulations. Depending on where you […] 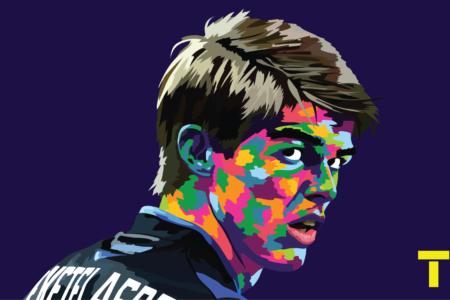 OUT NOW! A super September 2022 TFA magazine – get yours now!

YET ANOTHER MARVELLOUS MAGAZINE! Our team of super-talented writers and analysts have dived deep into the start of the European […]