Premier League Players to Play Every Minute in 19/20 Season

There is no achievement as special as that of a premier league player featuring in every minute of every game. You could say it’s like having your cake and eating it. Bear in mind that the premier league constitutes 38 grueling games. It seems to be the case that picking up at least one injury throughout the season is common, so fairplay to the select few that have not. I wonder what the odds would be for players to last every minute of every game. You can find the best bookies as well bookmaker offers here.

Let’s see who these players were that played every minute in the 19/20 season.

At the top of our list is Conor Coady, who plays for the wolves. Even though the Wolves did not qualify for European football next season, their campaign has been remarkable. They’ve used their league position, as well as the Molineux outfit, to establish themselves as consistent.

Throughout their rise, the past two years, the club skipper, Conor Coady’s efforts have not gone unnoticed.

Nuno Espirito Santo made a shrewd move by adding Conor to the center of the three-man defense. Even though he did great as a midfielder, the team has gained more from him being part of the defense.

Conor has great organization skills and the ability to play out from the back, both of which are crucial for any team’s central defense. The team is hopeful that with Coady at the center of all the action, they’ll be able to qualify for the Champions League.

James Tarkowski has had successive remarkable years as a no-nonsense defender. With the space of a few seasons, he has moved from League One to being recognized as an England international.

There is no doubt that he has succeeded in forming one of the most consistent center-back pairings of the Premier League. He, together with Ben Mee, are an impressive duo, and their 15 clean sheets this season is just one instance where they’ve gone above and beyond.

The 25-year-old James Ward-Prowse has been key to the Saint’s fortunes the last season. The academy graduate has contributed immensely to his team with his five goals and three assists. In a way, it felt like a coming-of-age season for him.

The central midfielder is now recognized as an England international because he has shown he has what it takes. Throughout this season, we have seen that there is more to his game than just his emergence as a leader and his wicked dead-ball delivery.

Although West Ham has struggled this season, Declan Rice is one player who stood out amongst the mediocrity. The 21-year-old defensive midfielder made a statement with his brilliant performance when he was part of a struggling team.

The youngster’s ability to stay reliable and consistent regardless of the circumstance says a lot about him as a player. He succeeded in making the most out of a difficult season, and it’s not something we witness often.

Holding one of the most important positions in modern football, Rice never failed to show tactical and positional intelligence throughout his performances.

The fact that Harry Maguire has improved Manchester United’s defense is undisputed. Every time he’s in action, he proves that his £80 million move from Leicester City was a good thing for Manchester United.

The 27-year-old England international is a player whose composure on the ball is one to marvel at. His performance has added an extra dimension to Manchester United’s defense. He plays with a reasonably consistent standard that has allowed the team to come third during a difficult season.

Additionally, his leadership skills have been evident throughout his stint with Manchester United. In fact, his promotion to captain was something that everyone had already seen coming. His character and professionalism as a player make him even more impressive.

Even though this season has been difficult, there are a number of success stories, and Sheffield United is one of them. The team has won a host of admirers thanks to their tactical and innovative approach in securing 9th place.

George Baldock has been one of the players that made Sheffield United’s success possible. He, together with many other players, have proven their pre-season doubters wrong.

Many have enjoyed Sheffield United’s play this season thanks to the 27-year-old’s excellent performance. He and his fellow teammates combined tidy technical skills to bring the win home.

Lastly, we have Virgil Van Dijk, whose transformative effect on Liverpool is hard to quantify. His £75 million move in January 2018 has proven to be worth every penny. Liverpool signing the Dutchman has had a great impact on their success.

The level of consistency a player has to showcase throughout their performance to get this privilege is definitely physically demanding. Football, like any other sport, requires consistent and continuous practice, which is impossible without mental and physical strength. Only a select band of players have added this accomplishment to their CV over the years. 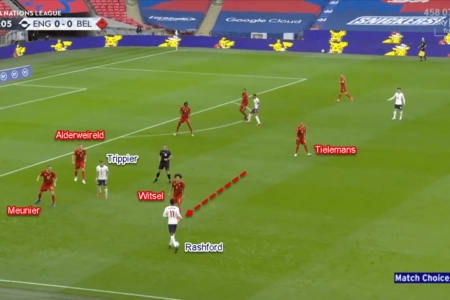 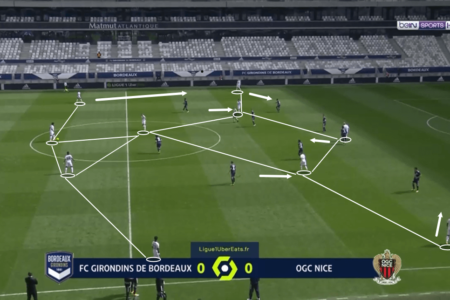