Major Football Events to Watch Out for in 2021

2020 was a devastating year for sports. Tournaments got delayed, and major sporting events got cancelled to prevent the spread of the virus and flatten the curve. Fans had to make their peace with video games based on sports and waited for the live matches to resume while they replayed recorded matches.

Some online gambling Canada sites started offering betting options for sports that would serve as the only pacifier to the fans eagerly waiting to catch their favorite players in action. Just like every other sport, football too was affected and incurred irreparable losses over cancelled tournaments and leagues.

Some of the tournaments that were affected were the Euro Cup 2020, Copa America, the FIFA U-17 Women’s World Cup and several others. However, with the turn of the year, things started looking hopeful, and football fans have their gaze fixed on events that are to come up this year. That said, in the article that we have here today, we shall have a look at some of the major football events to keep an eye out for in 2021. Therefore, without any delay, let us delve right into the topic at hand and make mental notes of these football events.

The first event that we are going to keep an eye out for is the UEFA Champions League final. The final is all set to be hosted by the Ataturk Olympic Stadium in Istanbul and is scheduled for the 29th of May 2021. The event was initially set to be hosted in 2020, but as we can already guess, the pandemic delayed the plan and pushed it to 2021. Now that we are in 2021, the wait for the finals could not get any longer.

The second event that we are going to talk about is the UEFA Super Cup that shall be played at Windsor Park in Belfast, in August 2021. The Super Cup is an annual affair that is contested by the winners of the Champions League and the Europa League. The 2021 edition of the Cup is also the 46th edition and fans have been waiting for the sporting event to take place for a long time.

The 47th edition of Copa America is now supposed to take place in 2021 and shall be jointly hosted by Columbia and Argentina. It shall be played from the 11th of June to the 10th of July and 12 teams are supposed to participate at the football championship. Copa America is one of the biggest championships in the domain of football and fans have been waiting to know more about the rescheduled dates all this time.

The FIFA U-20 World Cup is certainly one of the most anticipated football events this year. Football World Cups have a certain unrivalled allure to them, and fans wait for this sporting event to take place with bated breath. That said, the 2021 FIFA U-20 World Cup is the 23rd edition of the biennial tournament and shall be hosted in Indonesia from the 20th of May to the 12th of June 2021.

Football is one of the most-loved sports on the face of the planet, and 2020 has been a difficult year for the sport. However, it looks like this year has a lot of happening that fans would want to keep a weather-eye on. The tournaments, leagues and championships that we have mentioned in the article are some of the major football events slated to take place this year, and fans might as well be prepared to brace all the fun in all their glory.

If you are a true fan of sports and football, we bet you follow the activity of your favourite football […] 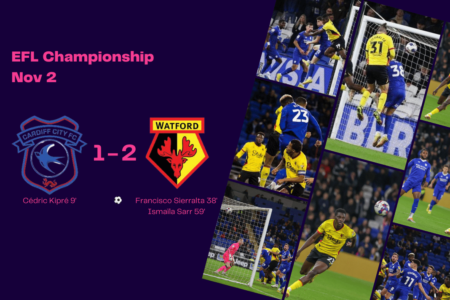 Wednesday night saw Cardiff vs Watford in the EFL Championship. We’ve broken down all the key stats for you to […] 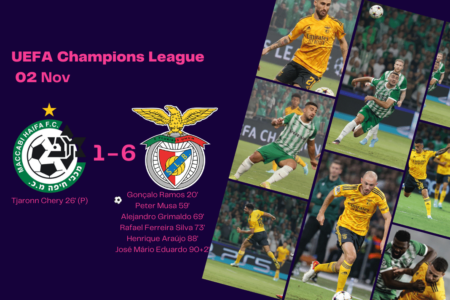 Wednesday night saw Maccabi Haifa vs Benfica in the UEFA Champions League. We’ve broken down all the key stats for […]