2019 will see the 32nd edition of the Africa Cup of Nations, with the greatest teams and talents from all around Africa battling it out for the continent’s top prize. This edition of AFCON will be the first to feature 24 nations, amongst which are all-time AFCON trophy leaders Egypt, and a Morocco side that held its own at the 2018 World Cup against far superior opposition. While the likeliest candidates for ultimate victory are already known, there are several other sides that could certainly spring some surprises along the way.

On the evidence of the qualification campaign, Paul Put’s Guinea squad will quietly believe that they can be the surprise package of 2019.

There is an abundance of talent across the park, but the Guinea defence itself has no real heroes – yet. In recent weeks, Simon Falette has emerged as a name that could be well-remembered come the end of AFCON 2019. After struggling with injury, the Eintracht Frankfurt defender played every minute of his club’s last two Europa League group games – including a 4-0 win over 2017/18 finalists Marseille – winning both to cap off a perfect group stage for Frankfurt.

Though Frankfurt were already through before Falette returned from injury, he found the motivation needed to perform. The power of motivation alone is not lost on anyone, least of all bookmakers like Betway, who (as of 17, December, 2018) now price Frankfurt at just 20/1 to lift the Europa League trophy in May 2019. As reported by BBC Sport and shown below, Falette also played his part in the 1-1 draw with Ivory Coast in qualifying, which saw Guinea proceed as group winners. 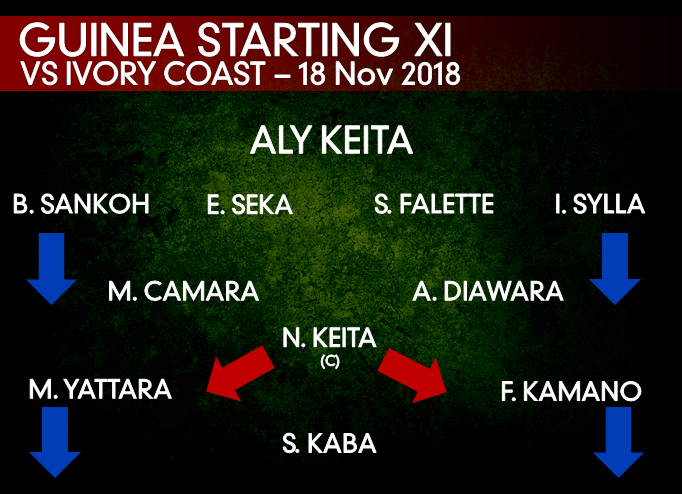 However, it is further up the pitch that the team really starts to show its quality, and the great thing about this Guinea side is that goals can come from multiple sources. Up front, goals are readily supplied by the likes of Mohamed Yattara and Francois Kamano, the latter of whom who has been enjoying a fantastic season with Bordeaux.

With pulsating speed, and an ability to strike from the wide areas, Kamano is a true ‘danger man’ for every AFCON opponent of Guinea to consider. As of 17, December 2018, he had scored eight of his team’s 19 Ligue 1 goals (42.1%), and he is also a maestro from the penalty spot, netting all of Bordeaux’s three league penalties up to that point.

His speed is the perfect foil to Keita’s accuracy from the middle of the park. Though Bordeaux are currently languishing in mid-table after the summer 2018 departure of Malcom, Kamano is outperforming the other 21 outfield players that have made at least one appearance for the ‘Girondins’ this season. Amongst the most prominent statistics in that regard is his overall performance score to date (409.08), versus the meagre average of his other outfield teammates (161.83). 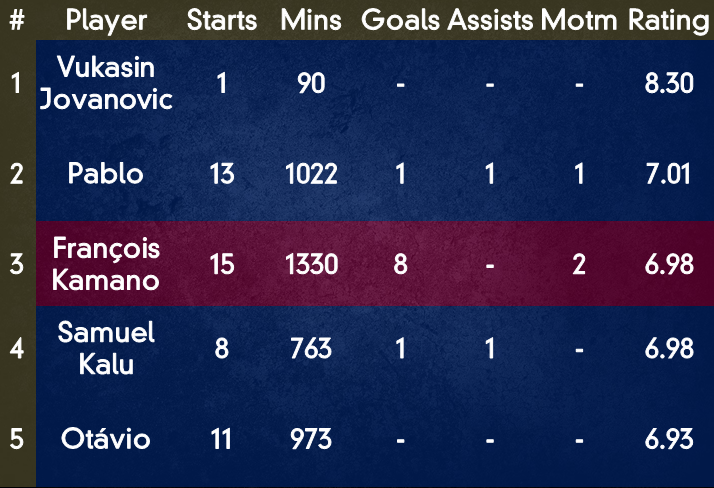 As we can see, it is for the above reasons alone that Kamano ranks comfortably inside the top three overall in terms of average rating, versus his Bordeaux teammates.

Put to win a pot at last?

After taking over the reins of the Guinea national team in March 2018, Paul Put has turned Guinea into a team with a true winning mentality. The Belgian journeyman has successfully ingrained counter-attacking values into this Guinea team, taking an average of exactly 2.0 points from matches played all the way up to Christmas 2018. As shown on his Transfermarkt page, Put also experienced reasonable success with Burkina Faso earlier this decade, taking over half (1.65) of the points available from his mere 31 games in charge. 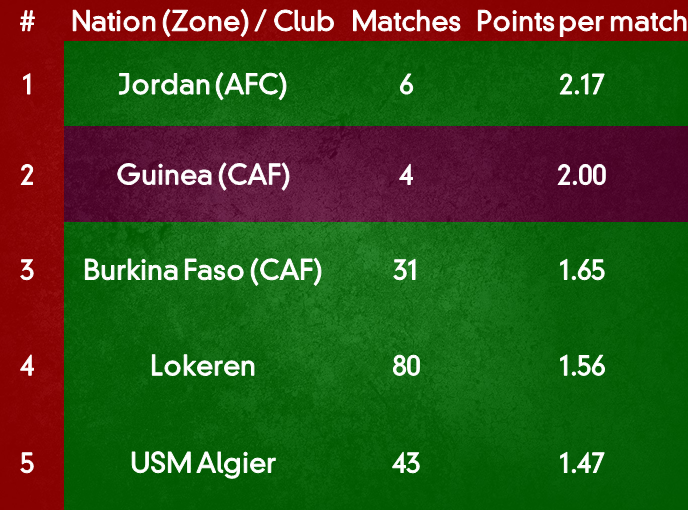 Indeed, it is his spell with Burkina Faso that remains the highlight of his last foray into African international football. Back in 2013, Burkina Faso reached the final of that year’s AFCON, and while Nigeria won the day on that occasion, Put’s defensive 4-3-3 setup enabled the team to honour the counter-attacking values he has always held so dear.

Six years on, Put has stayed true to his penchant for the 4-3-3 attacking formation, making a conscious decision to make the most of captain Naby Keita’s strengths in midfield. At club level, Keita’s capabilities in the engine room are already well-known, and his recent performance against Ivory Coast was further evidence – if it was even needed – that he is the best possible middleman between defence and attack. So too is he unquestionably going to be the difference, between realistic hope and rank delusion, for Guinea this summer.