The late Sunday night kick-off has rarely disappointed this season in Serie A, and this was the case for Roma’s clash with Inter at the Stadio Olimpico.

Last year, both were fighting for the final two Champions League spots, this season their respective seasons have been oceans apart. Roma are stuttering near mid-table, desperate to start a charge into the European spots, whilst Inter are trying to keep pace with record-breaking Juventus and fashion anything resembling a title race.

With so much at stake for very different reasons, this tie was always going to be a cracker, and it didn’t disappoint. Let’s have a look at the highlights and analyse the defining moments from the match.

In the first half, both teams engaged in a game of who had the least turned on fullbacks, with both sets of defenders being caught in no man’s land, ball watching, and generally not keeping pace with the game.

As seen in the heat map above, Roma tried to bypass Inter’s combative midfield and focussed on Kwando Asamoah – who has had more than a few shaky games this season – and Danilo D’Ambrosio. The latter came had a solid game in an attacking sense, but had a torrid time defensively in the first half.

Patrik Schick pulled off a superb bit of skill at one stage, receiving the ball with his back to D’Ambrosio, deftly touching it by him and spinning off the defender to then backheel a sublime ball to Alessandro Florenzi, who clattered his effort off the post.

Indeed, the home side started the brighter of the two, but Inter grew into the game quickly after Florenzi’s miss. Keita Balde perhaps should have had two assists in the first half, but as is the usual frustrating case with the exciting talent, his end product let him down. He managed 79% pass accuracy in the match, less than Roma’s average of 82%.

In the 37th minute, as Aleksandar Kolarov continued the theme of sloppy fullback defending as he was slow to react to D’Ambrosio’s overlapping run. Keita Balde was far quicker to read the passage of play than Juan Jesus and made a run through the middle to volley home D’Ambrosio’s cross and make it 1-0.

Inter arguably deserved the lead, weathering Roma’s early periods of pressure and creating chances of their own, at the time of the first goal Inter had managed more shots (9) than Roma (7).

There isn’t much to say about Cengiz Ünder’s equaliser in the 51st minute, purely due to the fact no words can do it justice.

The cliches which hint to how superb a strike it was are “absolute rocket”, “there’s no stopping that” and, of course, “it was in the moment it left his boot”.

Cutting inside on his favoured left foot, the young Turk unleashing a thunderbolt from 40 yards out. Maybe Marcelo Brozovic could have been better positioned, maybe Keita Balde could have tracked his run better. It doesn’t matter. Look up the footage, watch and enjoy.

Mauro Icardi put in the most Mauro Icardi performance you could imagine, seeing little of the ball most of his touches were shots. In fact, he accumulated the lowest touches of anyone who played the full 90 minutes, with just 29.

But, in typical Icardi style, he still managed to contribute little to the game and still score.

As the fullbacks became more compact and solid after no doubt being grilled at halftime, Juan Jesus decided to generously take up their terrible role. The centre-back was at fault for not doing enough to stop several chances, particularly crosses, and on this occasion, it cost his team.

Roma marked zonally and as the ball comes in, neither he or Kostas Manolas command their area and get anywhere near clearing the ball. Instead, Icardi has a free run at it due to no man marking, and powers home a header to restore Inter’s lead.

With Florenzi smashing the post and Kolarov equally punishing the bar with his trademark rocket free-kick, perhaps Roma were due a slice of luck.

As a corner is swung in, it grazes off of Milan Skriniar’s head, striking Brozovic’s elbow. After initially waving away claims, the referee, Gianluca Rocchi, finally consulted VAR and awarded the penalty in the 73rd minute. Kolarov atoned for his earlier error and buried the ball in the right-side netting to make it 2-2. Schick and Icardi had late chances, but both teams ended the match probably happy with a point each.

Whilst the result doesn’t do wonders for each team at this point in their season, a draw is a fair outcome. Inter managed more possession (55% to 45%) and more shots (17 to 15), but Roma were desperately unlucky to hit the woodwork twice. One for the neutrals in terms of action, and another Sunday night classic. 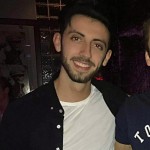