LOSC Lille is an emerging club in France and has found a space amongst the good clubs in the country. Lille have been crowned champions of Ligue 1 three times in the club’s history, with the most recent title coming in the 2010/2011 season. A part of the club’s success in winning these and other titles comes from their very good academy which has produced some great talents such as Eden Hazard, Kevin Mirallas and Benjamin Pavard, who are now playing for big clubs like Real Madrid and Bayern Munich.

In this data analysis we will use data and statistics to find the best talents currently in Lille’s academy that could potentially take the step up, earn a place in the first-team, and experience Ligue 1 football.

In order to make this analysis we need to establish what our data pool will be. Since Lille II is the only youth team that has data available on Wyscout for the 2019/2020 season, we must look at the players from that team but those who meet our required specifications.

Because Lille II play in National 2, a league that is not widely covered, the data available has its limitations, therefore, we will only highlight players who have played at least 450 minutes this season to make our analysis a more realistic one.

Starting with the defensive statistics, we have created a scatter plot that shows us aerial duels won% and defensive duels won% on each axis. The size of the dots was set to display the amount of PAdj interceptions per 90 giving us a view of the most important defensive metrics.

The next scatter plot shows us the player’s ball progression capabilities.

Looking at the players who already stood out in other sections, Isaac Lihadji is the player with the best record for these metrics. He averages 9.53 dangerous passes per 90 and has the best chance creation contribution per 90 with 0.84. Cheikh Niasse is another familiar face who comes in with good numbers in this graphic, the midfielder averages 10.83 dangerous passes per 90 which is a high number, however, he only contributes to the creation of 0.22 chances per 90 falling short on the standard set in the previous metric. Although not in the right upper quadrant, Andy Pembelé deserves a mention for his high chance creation contribution per 90 (0.68) which ranks him second in the metric. The striker displays a low number of dangerous passes per 90 (3.97) falling below the average for the team in this metric. The last mention goes to a player who already stood out in the previous sections, Ruben Droehnle, who ranks second in the team in terms of dangerous passes per 90 with 11.33 but only contributes to the creation of 0.07 chances per 90.

Isaac Lihadji is an 18-year-old French winger who was signed from Olympique Marseille B this season. He is included in this analysis because of his youth as well as is inclusion in Lille’s second team. Lihadji stood out during our analysis in the creativity, ball progression and goal contribution sections with the best numbers in all three. Check his percentile ranks chart below to see what other metrics he ranks well in. 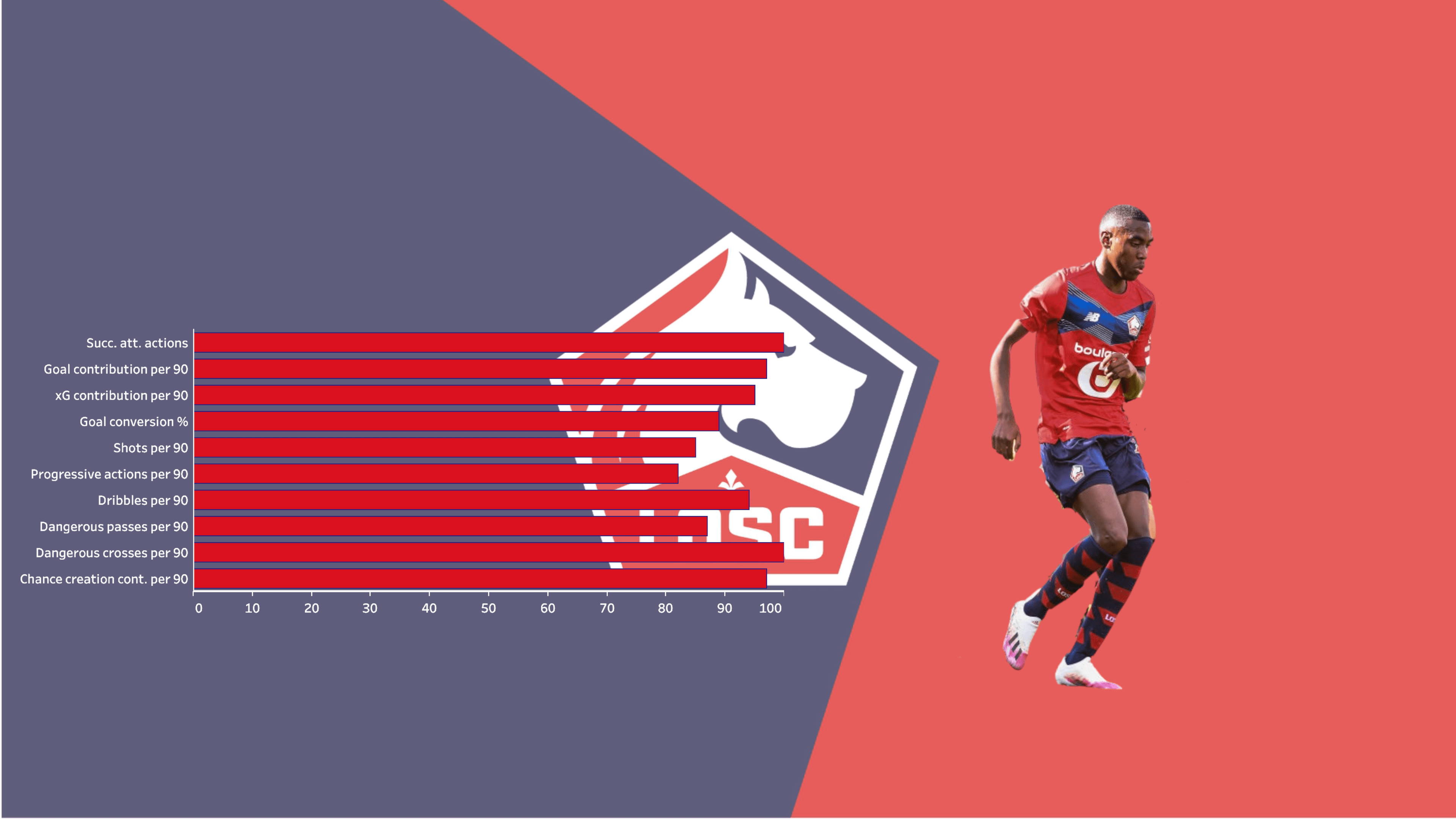 Andy Pembélé is a 20-year-old French forward who can also play as a winger. During our analysis Pembélé displayed good numbers in the creativity, ball progression and goal contribution sections and was the best offensive player behind Lihadji. Check his percentile ranks chart below to see what other metrics he ranks well in.

Maxime Wackers is a 22-year-old French centre-back who can also play as a defensive midfielder. Wackers stood out during our analysis in the defending and passing sections and also showed good numbers in terms of progressive passes. This stats indicate he is a ball-playing defender capable of progressing the ball up the pitch and maintain possession for his team. Check his percentile ranks chart below to see what other metrics he ranks well in. 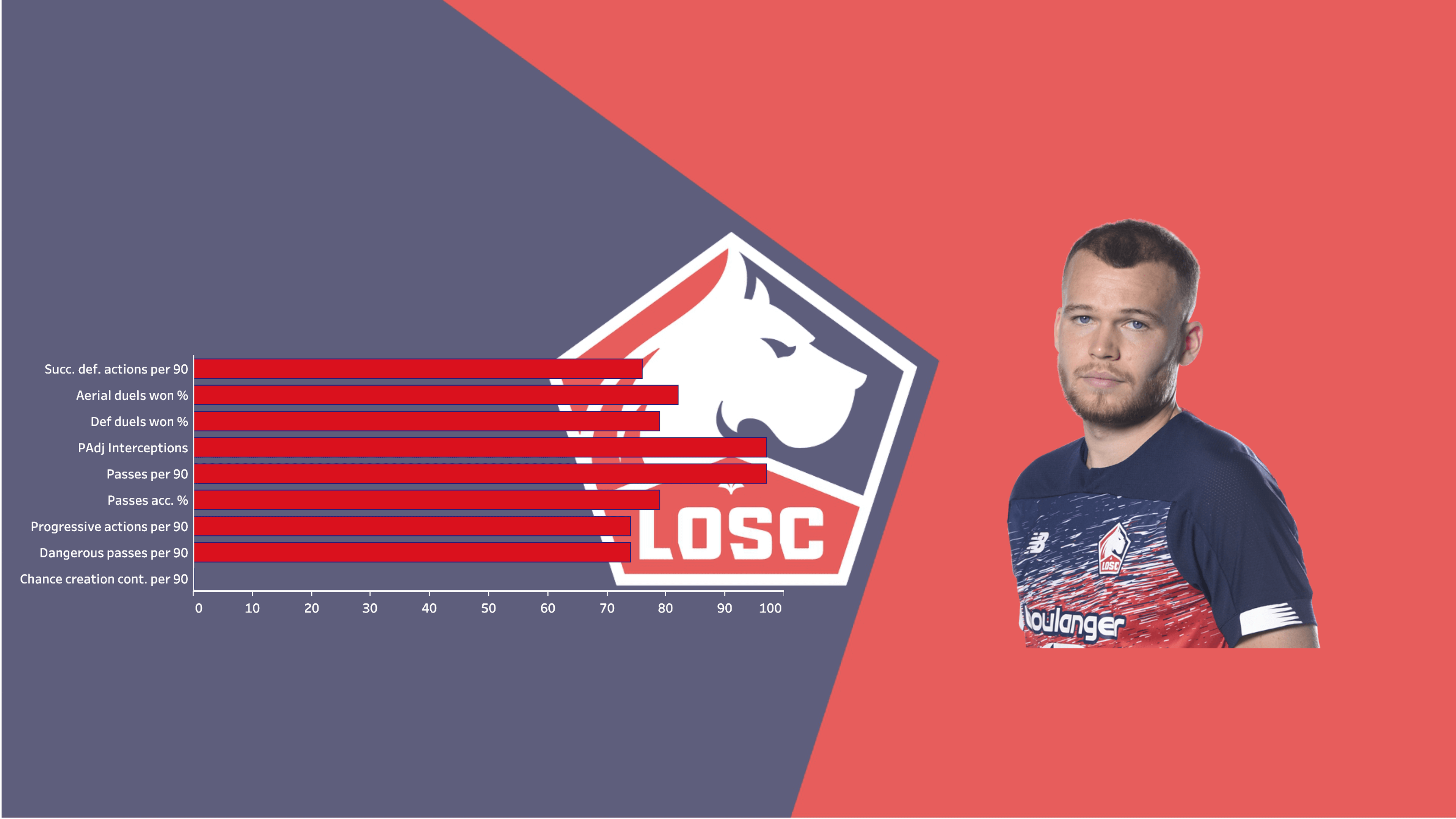 Ruben Droehnle is a 22-year-old French centre-back that can also play as a left-back. Droehnle was amongst the best in many of the sections of this analysis, defending, passing, ball creation and creativity. The young defender has a statistical profile of a good ball-playing defender that can cover the left side while also showing great defensive stats. Check his percentile ranks chart below to see what other metrics he ranks well in. 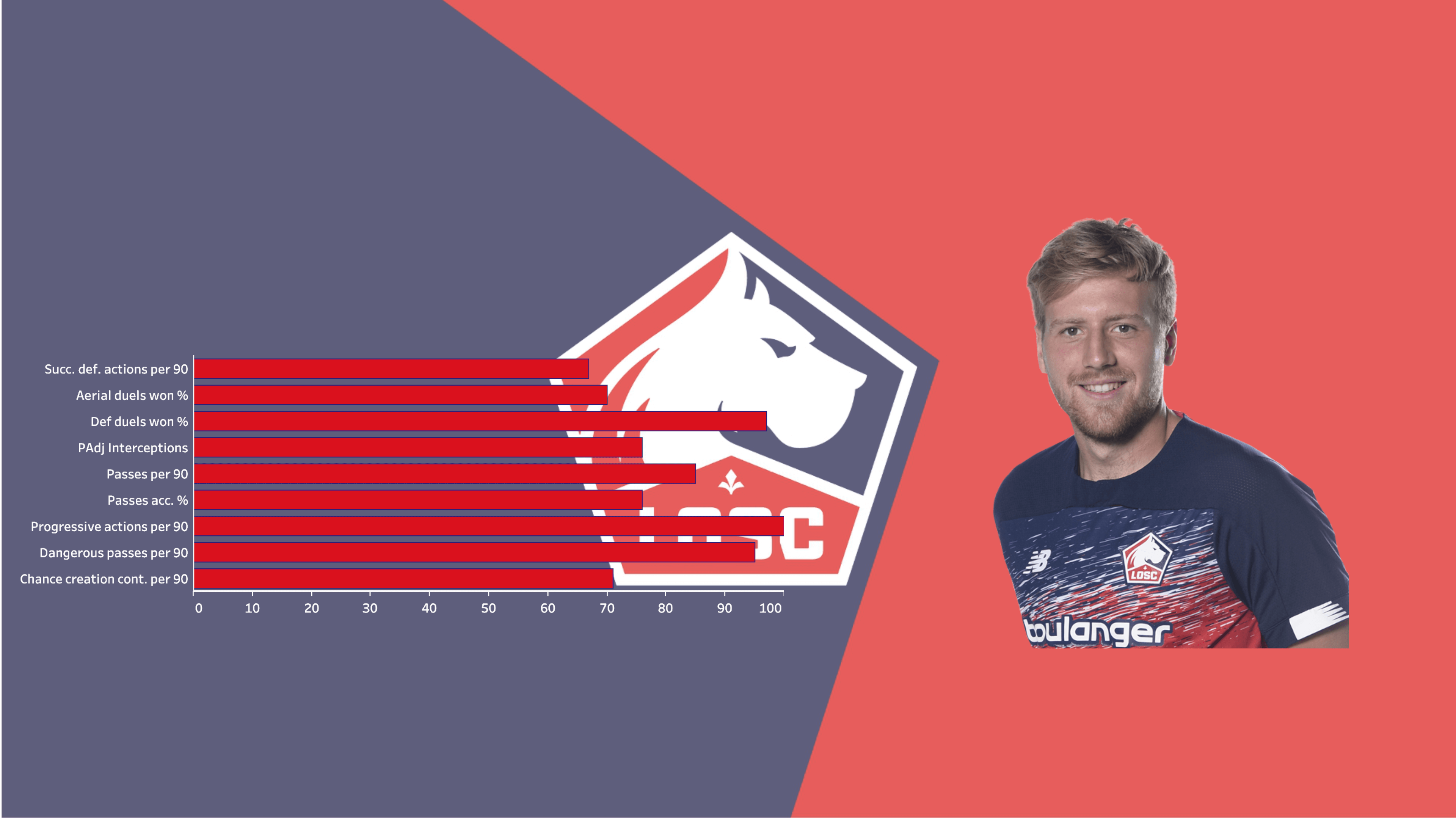 Cheikh Niasse is a 20-year-old defensive midfielder that can also play the role of centre-back. The youngster from Senegal was a regular standout in quite a few of the sections in our analysis, passing, ball progression and creativity were the areas where he stood out the most but he also has great defensive numbers. Check his percentile ranks chart below to see what other metrics he ranks well in. 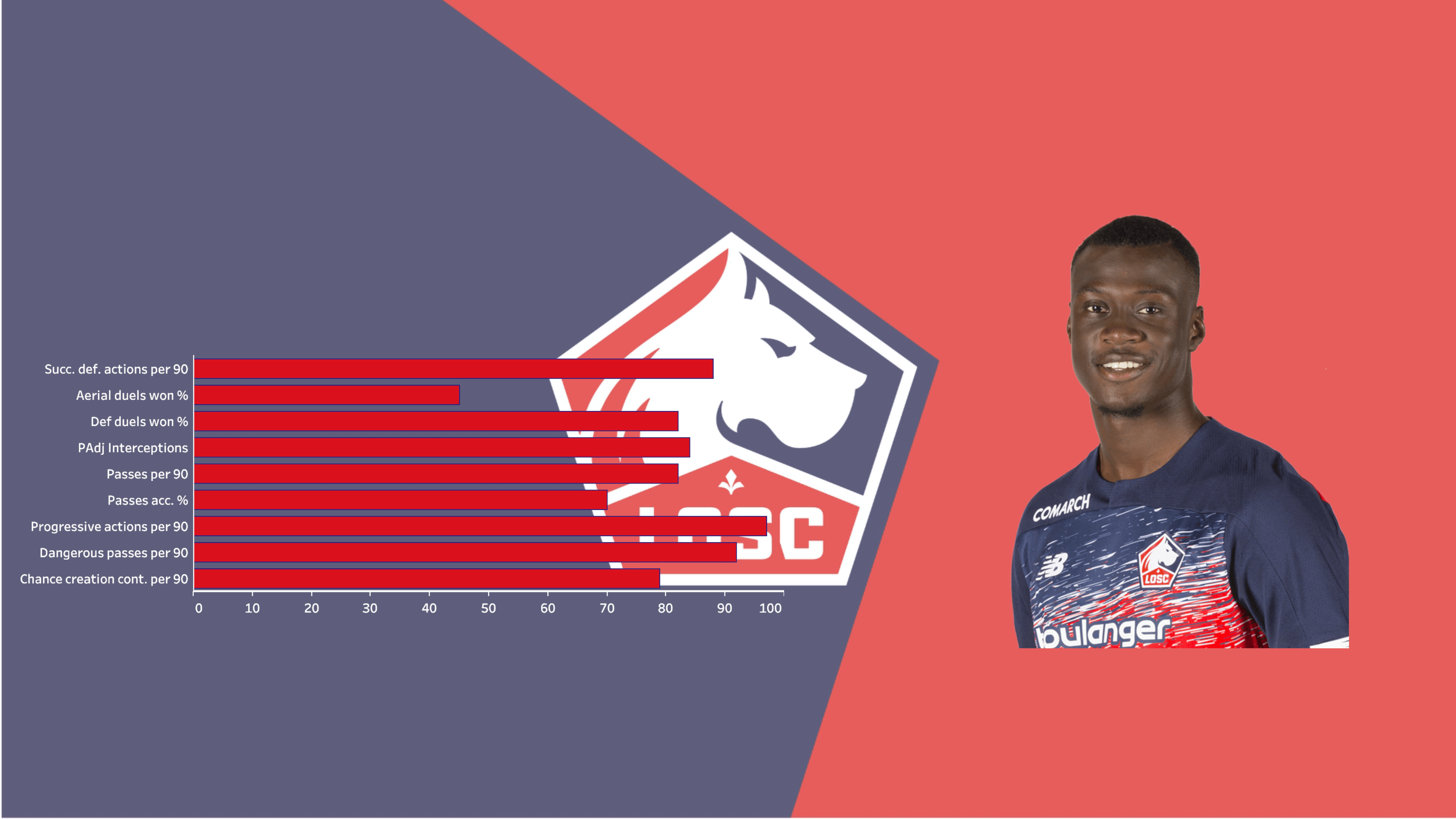 In this data analysis we were able to identify the talents in Lille’s academy who have the best statistical profile and therefore the best in terms of raw output. The data shows, however, that these five players had a significant contribution to Lille II’s team and show signs of being ready to take the next step. Although data analysis doesn’t give us a complete view of the player’s quality and needs to be complemented with gameplay analysis, it can be a very good indicator to identify strengths and weaknesses of a player as well as some aspects of his style of play.

Lille have something to be excited about when it comes to their academy players as there seem to be really talented players full of potential in their youth teams. If the club continues this philosophy of developing young players, and then actually give them the chance to play, then they will certainly benefit a lot.