We are eight match weeks into the 2020/21 Premier League with Leicester City leading the race with 18 points and the champions Liverpool at third on goal difference behind Tottenham. Now is a good time to start looking at the numbers and see how the different teams and players have been performing so far. The following visualisation highlights the player with the most attempts at goal from each team in the Premier League 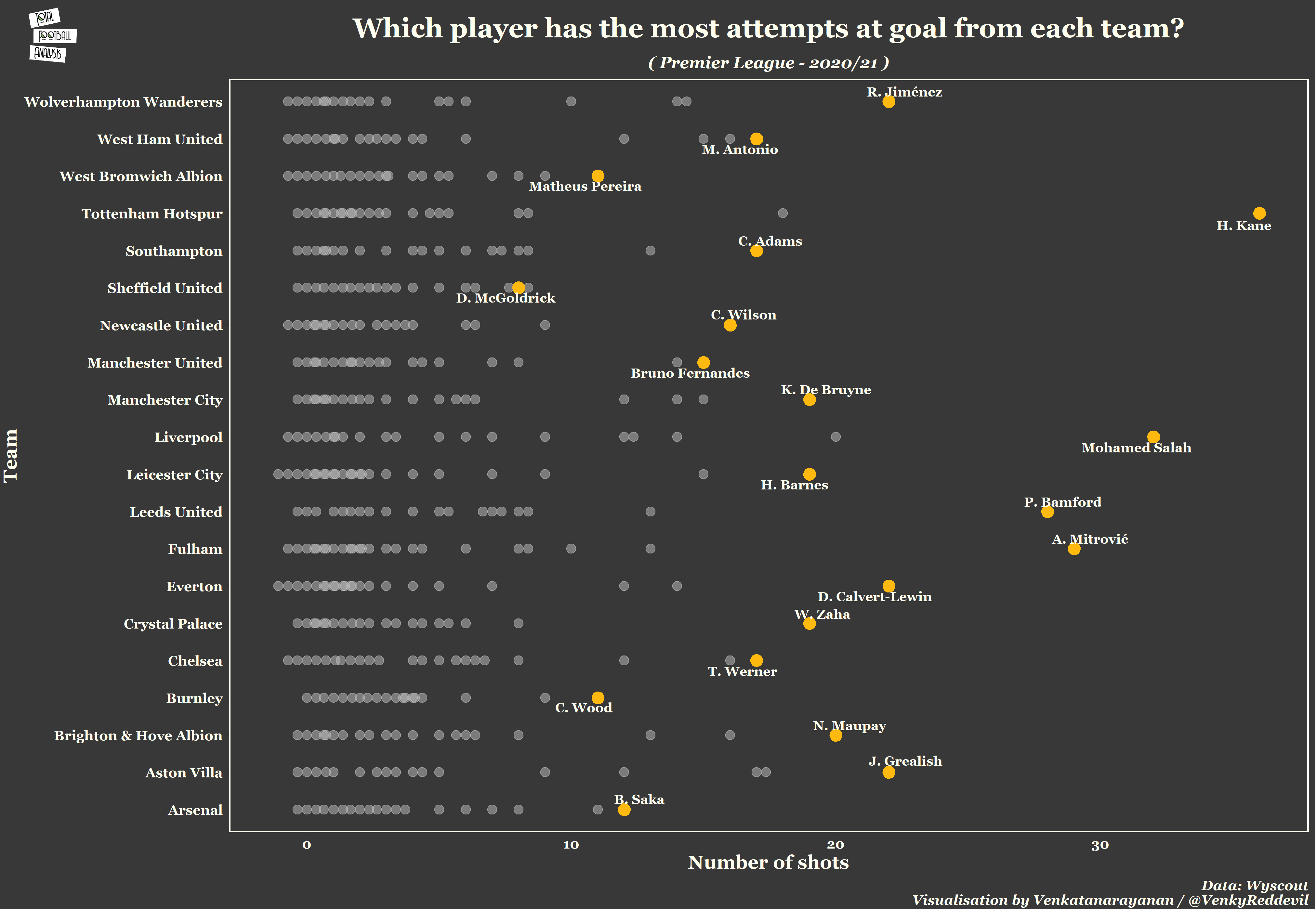 Spurs’ Harry Kane has taken the most attempts at goal (36) in the division followed by Mohamed Salah (32). Aleksandar Mitrovic, who only has two goals to his name has the third most shots in the division with 29 attempts at goal. Bukayo Saka, the versatile Arsenal youngster, has more shots (12) than any other Arsenal player, which is a worrying statistic for Arsenal. Aubameyang appears to not only have just a problem with scoring goals, but also with taking shots. He has only taken 11 shots at goal so far this season, which is a very low number given his reputation. Jamie Vardy, whose name does not appear in the above plot, has the best shots to shots on target conversion percentage (among players who have had at least 10 attempts at goal) with 80% of Vardy’s shots hitting the target. Sheffield United’s David McGoldrick has had the same number of shots (8) as his strike partner Oli McBurnie, with McGoldrick ahead on shots per 90 minutes.