The best dribblers in the game of football possess more qualities than to be able to just drive past an opponent with some brilliant footwork. Speed, reactions, body movement and control, balance are essential in the making of an elite dribbler. It is fair to say, dribbling is one of the most entertaining skills in a game of soccer and the one that is constantly raved about by the fans who watch the game. Over the years we have had some excellent dribblers in the game of soccer including Ronaldinho, Neymar, Luis Nani, Eden Hazard, Arjen Robben, Lionel Messi, Cristiano Ronaldo, etc. The modern era has introduced us to players like Wilfred Zaha, Adama Traore, Allan Saint-Maximin etc. who are up and coming dribblers in the game.

The visualisation below introduces us to the players who were the best dribblers in their respective teams.

Note: These players have been chosen based on dribbles success rate. 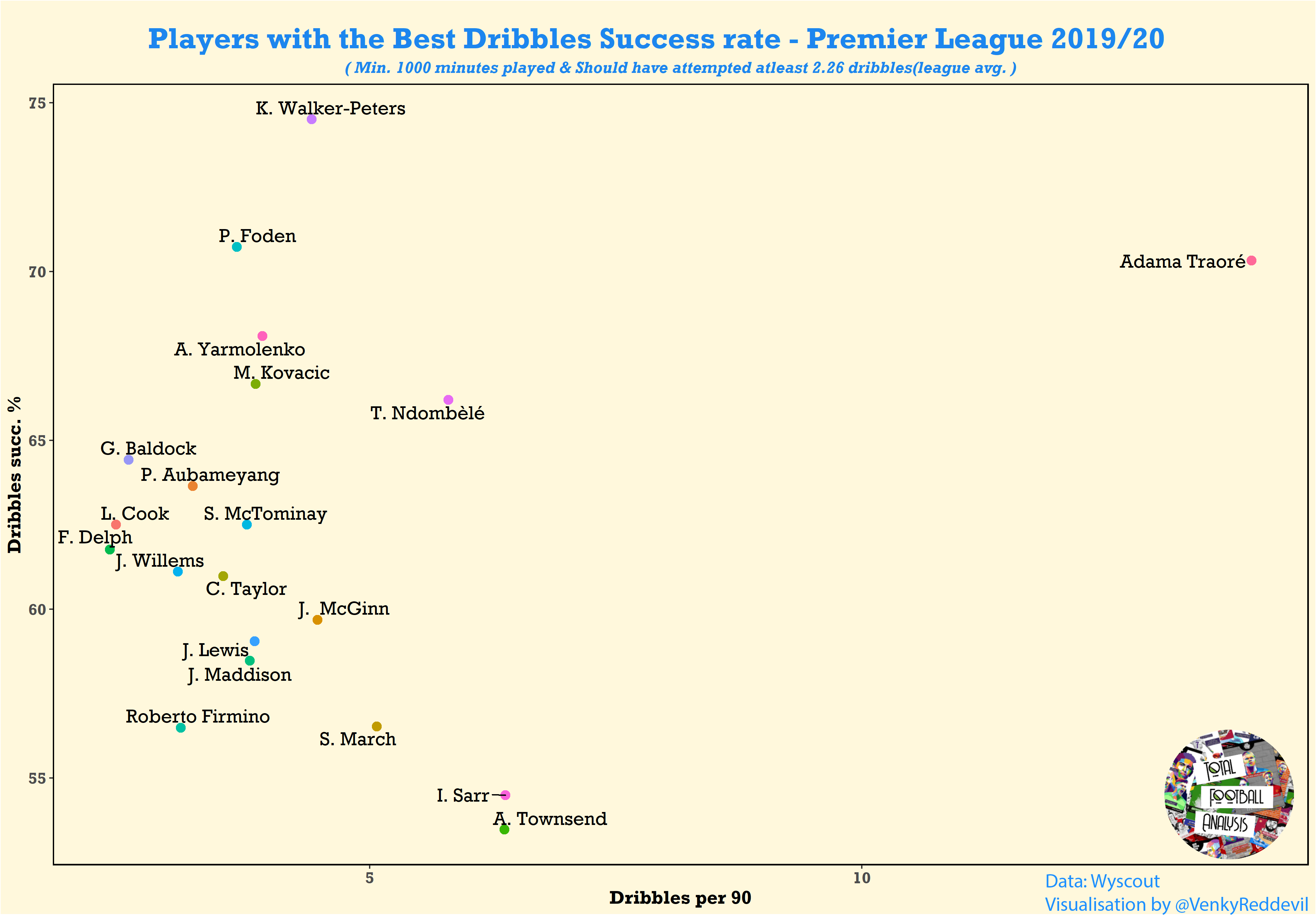 Some interesting names in the graph include Scott McTominay from Manchester United. The midfielder from Scotland has attempted 3.75 dribbles per 90 minutes, which is the fourth best in his team, but McTominay has the best dribbles success rate (62.5%) at Manchester United. One name that is not so surprising is Adama Traore from Wolves who has attempted 13.96 dribbles per 90 minutes – the most in the league. The versatile attacking midfielder from Wolves also has a dribbles success rate of 70.3% which is the highest for any Wolves player and also the third highest in the league. Kyle Walker-Peters, who joined Southampton only in January, attempted the third most dribbles per 90 minutes (4.41) by a Southampton player. The right-back, who recently made his loan move permanent, has a dribbles success rate of 74.51%, which is the best in the league amongst players who have attempted more dribbles than the league average and have played at least 1000 minutes.

The visualisation below introduces us to the players who have attempted the most dribbles per 90 minutes from each team. 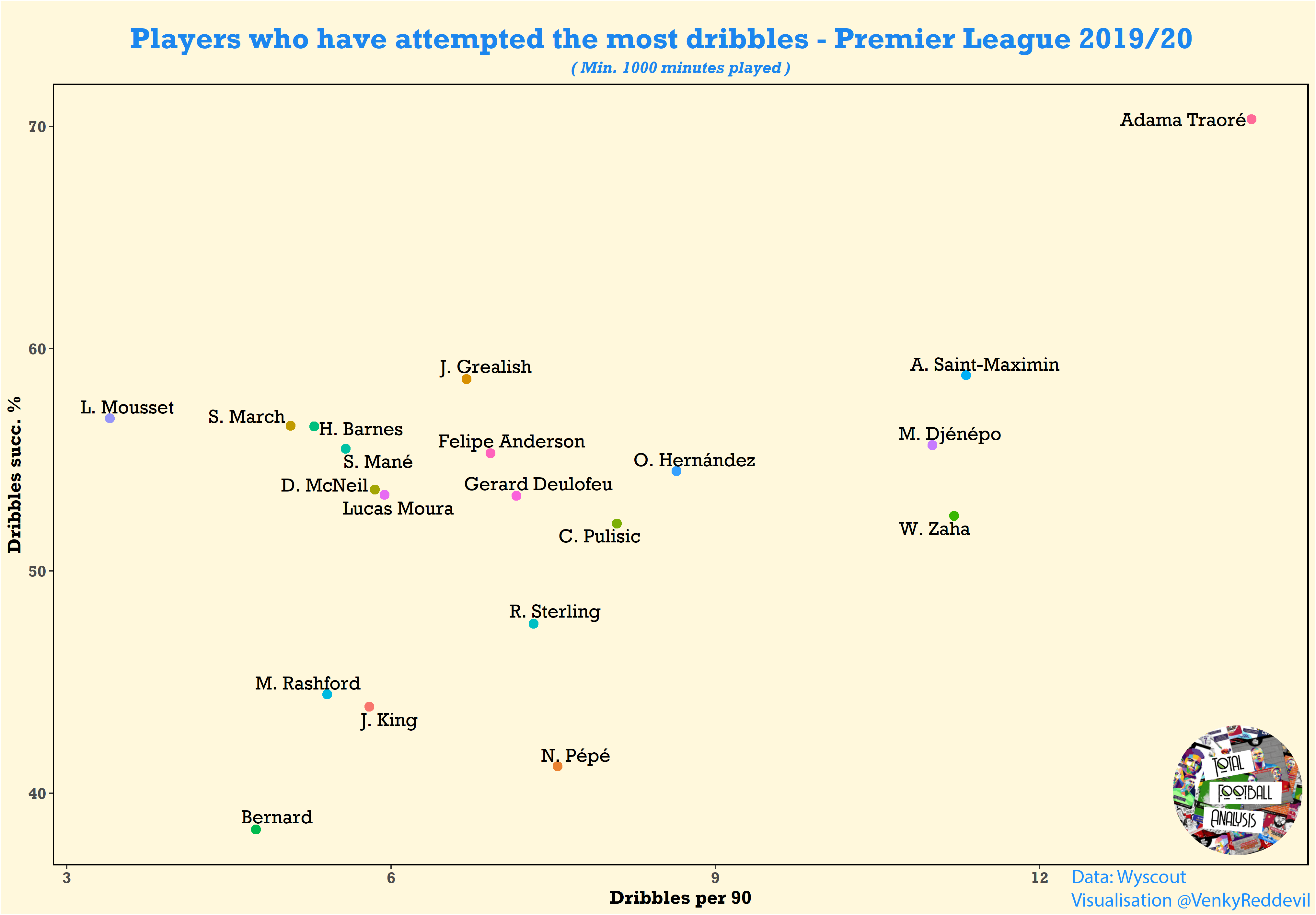