Tottenham are at the right end of the table after 16 games into the new Premier League season. In manager Jose Mourinho’s first full season, Spurs are fourth in the table at the time of writing, with 29 points to their name having played one game less than leaders Liverpool. Aside from Harry Kane and Hueng-Min Son, one player who has stepped up for Spurs this season is Tanguy Ndombele.

Signing from Lyon in the summer of 2019 for a club record fee, Ndombele started only 12 games in the league last season, partly because of injuries, and was very much out of favour under Mourinho. This season, Ndombele looks to have won his manager over (for now, atleast) and is already close to overtaking his minutes tally from last season.

The following visual shows the percentile ranks of Ndombele from the current Premier League season and the numbers look quite impressive. 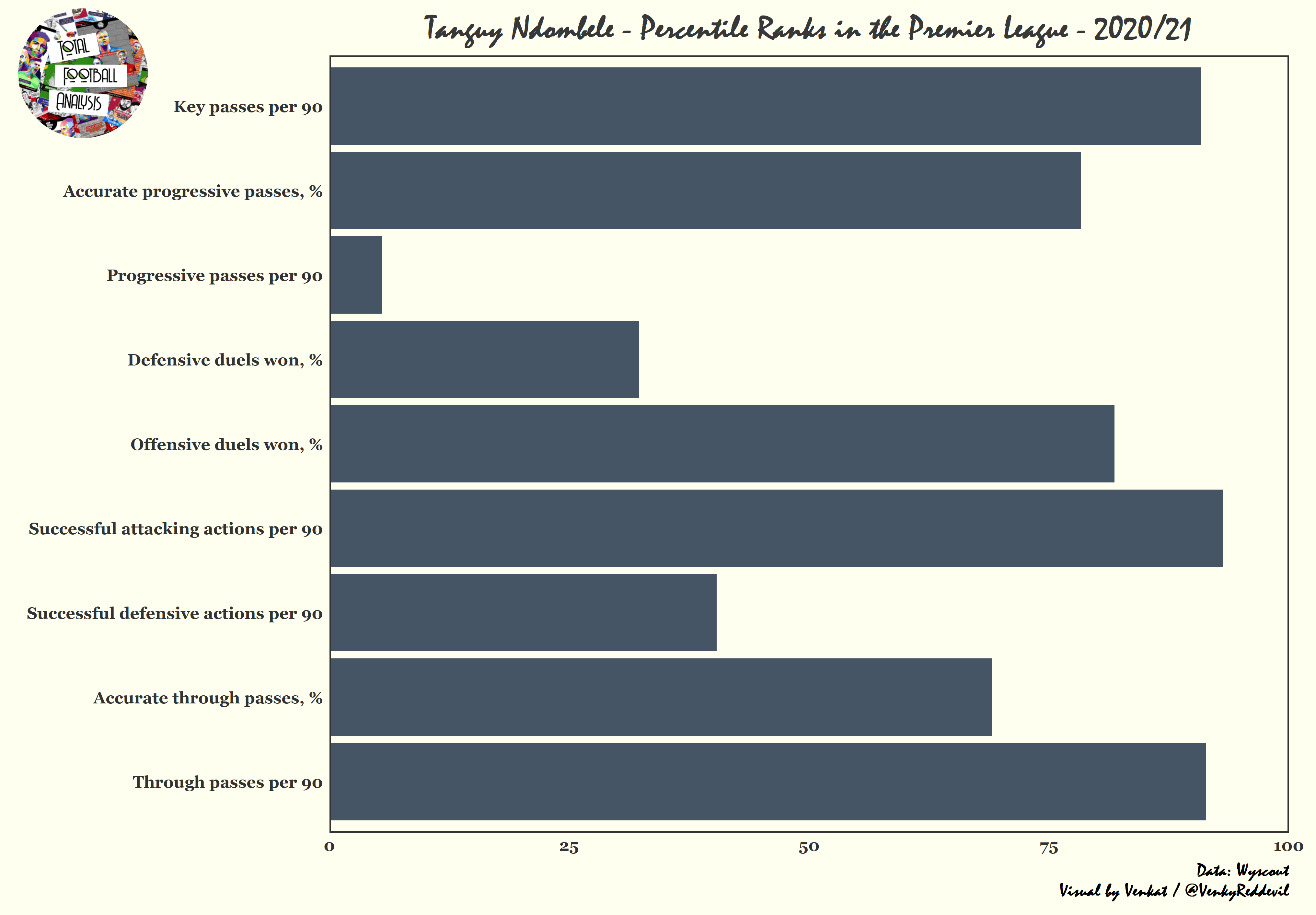 Ndombele came to Spurs with a lot of expectations on his shoulders. After a difficult start to life in London, the player looks to have started well this season and may have just given us a small taste of what we can expect to see from the Frenchman going forward.