Juventus had a poor 2020/21 season finishing fourth, qualifying for the Champions League by the scrape of their teeth on the final matchday. Eventually, Andrea Pirlo was sacked and Massimiliano Allegri was appointed as the manager. One huge signing for Juventus before the beginning of last season was Weston McKennie. Juventus signed the highly-rated 22-year-old midfielder from Schalke, initially on loan and then made his move permanent this summer. That goes on to show the qualities of the player and how important he could become in the upcoming season for the Bianconeri.

The following visualisation shows the numbers of Weston McKennie from last season. Midfielders aged only 23 or under at the start of 2021/22 season were considered for this analysis. 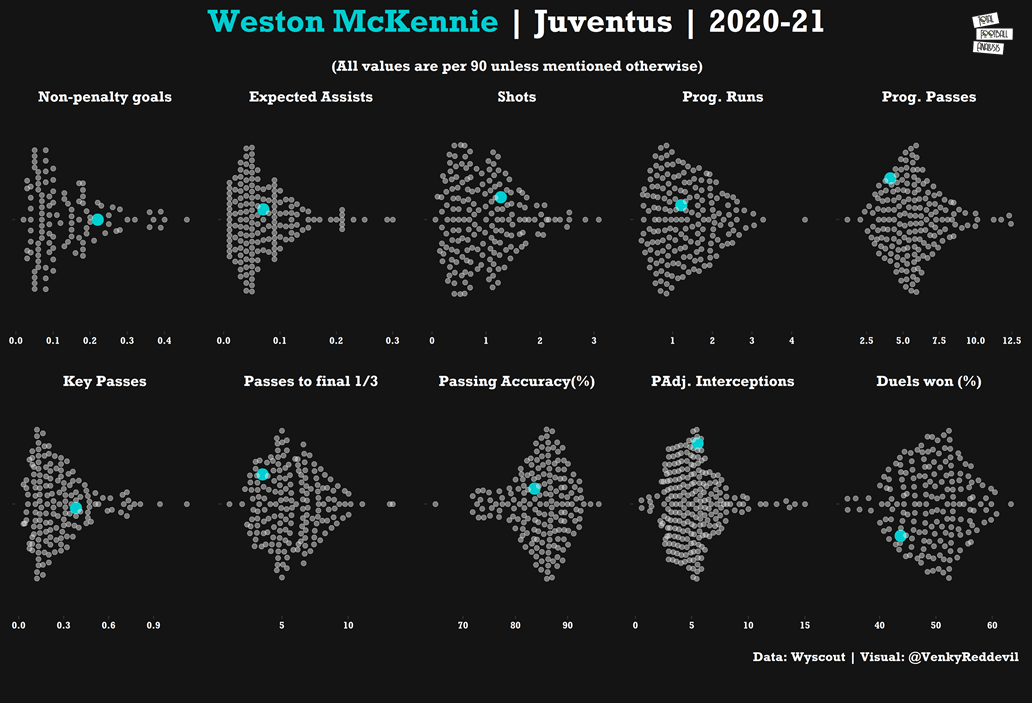 McKennie played fewer minutes than most would have expected him to. Having played only 19 90s last season, the United States international will be looking to play more regularly in the upcoming season.

McKennie, with five goals, ranks above average for goals scored among U23 midfielders in Europe’s top five leagues. Defensively, he is not sound but that is also because he has rarely played a deeper role. McKennie still needs to improve on his passing if he wants to become a regular in this Juve side. He is only 22 years of age and is already with one of the best teams in Europe. He will look to continue his development and establish himself in this Juventus team in the upcoming season.