Inter Milan are well on course to win their first Scudetto since 2009/10. They will also become the first team not named Juventus to win the Serie A title since 2011/12. Despite sitting in third place, Juventus’ chances of finishing in a Champions League spot still hangs in doubt with just 10 games to go. This is mainly attributed to their poor start to the 2020/21 season. Pirlo’s men were unbeaten until matchweek 14 but won only six of their first 12 games.

The following visualisation shows which teams have done well since the turn of the year. The x-axis represents the percentage of total points won by the team in this calendar year (2021). 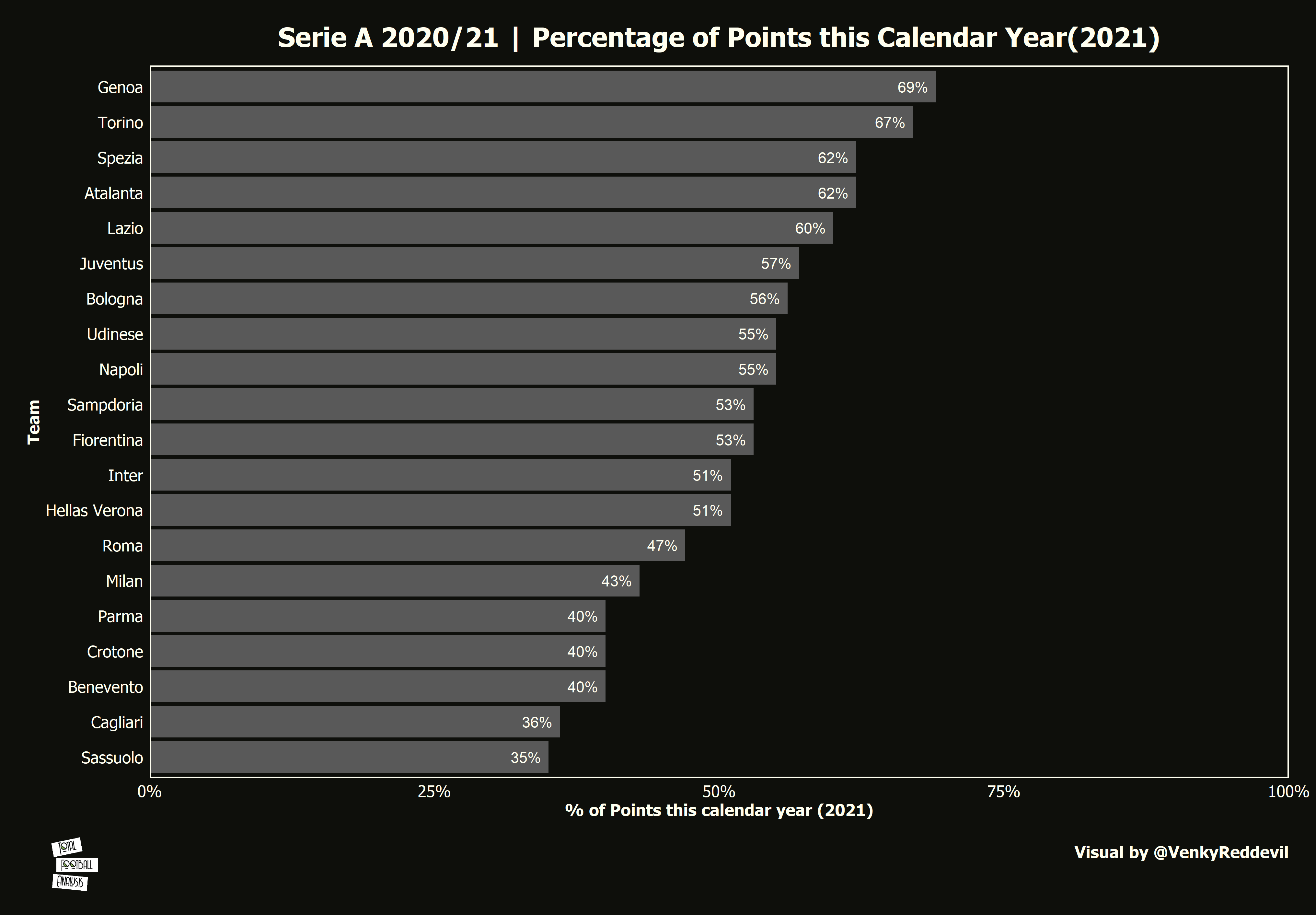 The most notable team to have suffered since the turn of the year is AC Milan, who have won just 43% of their total points this calendar year. The Rossoneri, who had an excellent start to the season, have lost five league games in 2021. Torino who are just out of the relegation zone, have had a turn around in form since New Year’s Eve with the club winning 67% of their overall points tally in 2021. Similarly, Spezia, who are five points ahead of Torino, have also had a positive 2021.

Genoa have had the biggest up turn in form in this calendar year with Davide Ballardini’s men winning 69% of their overall points tally in this calendar year. Lazio, Atalanta and Bologna are some of the other teams who have had a positive start to 2021. The form of relegation threatened Crotone, Parma and Cagliari has remained relatively unchanged since the turn of the year.