The Bundesliga is back and on the opening night Bayern Munich put up a Bayern Munich-esque performance beating Schalke 8-0. The European champions continued where they left off, scoring as early as in the fourth minute. Bayern Munich went on to pile misery onto Schalke, scoring seven more goals with 21 shots in total. The star men for the defending German champions were summer signing Leroy Sane and, of course, Serge Gnabry. The Visualization below shows the shots attempted by Gnabry along with his dribbles (successful and unsuccessful). 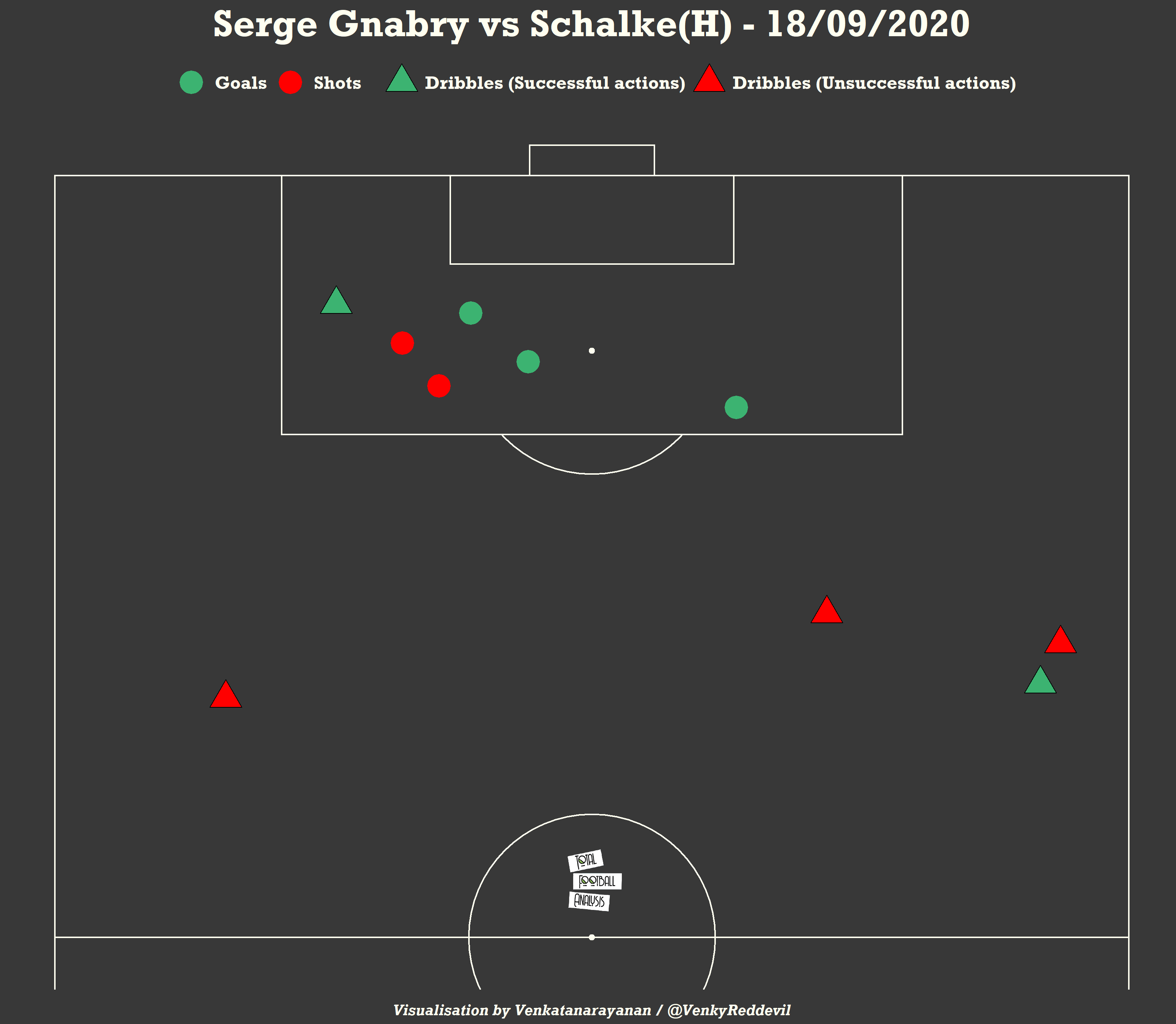 The 25-year old winger attempted the most shots on the pitch (5) scoring three goals from his five attempts. Gnabry also combined well with new signing and international teammate Leroy Sane with the latter assisting Gnabry for one of his goals. Per Wyscout, Gnabry also made the second most key passes on the night.

Bayern Munich will be looking to challenge for the double once again and rightly so as they have the squad to do it. By defeating Schalke 8-0 ,they once again reminded everyone that they are here not just to exist, but to continue their progress under Flick.