We are in the business end of the 2020/21 Premier League season. Many fixtures have been rearranged for obvious reasons but all the teams have played at least 25 games. Manchester City are top of the pile with 65 points after 27 games. Fulham, West Brom and Sheffield United are in the relegation zone.

It is fair to say this has been one of the most bizarre seasons with many teams struggling to find consistency, especially at home. Eight teams, including second placed Manchester United and third placed Leicester City, have more points away from home than at home.

The following visualisation compares the points secured at home and away by each team in the Premier League this season. 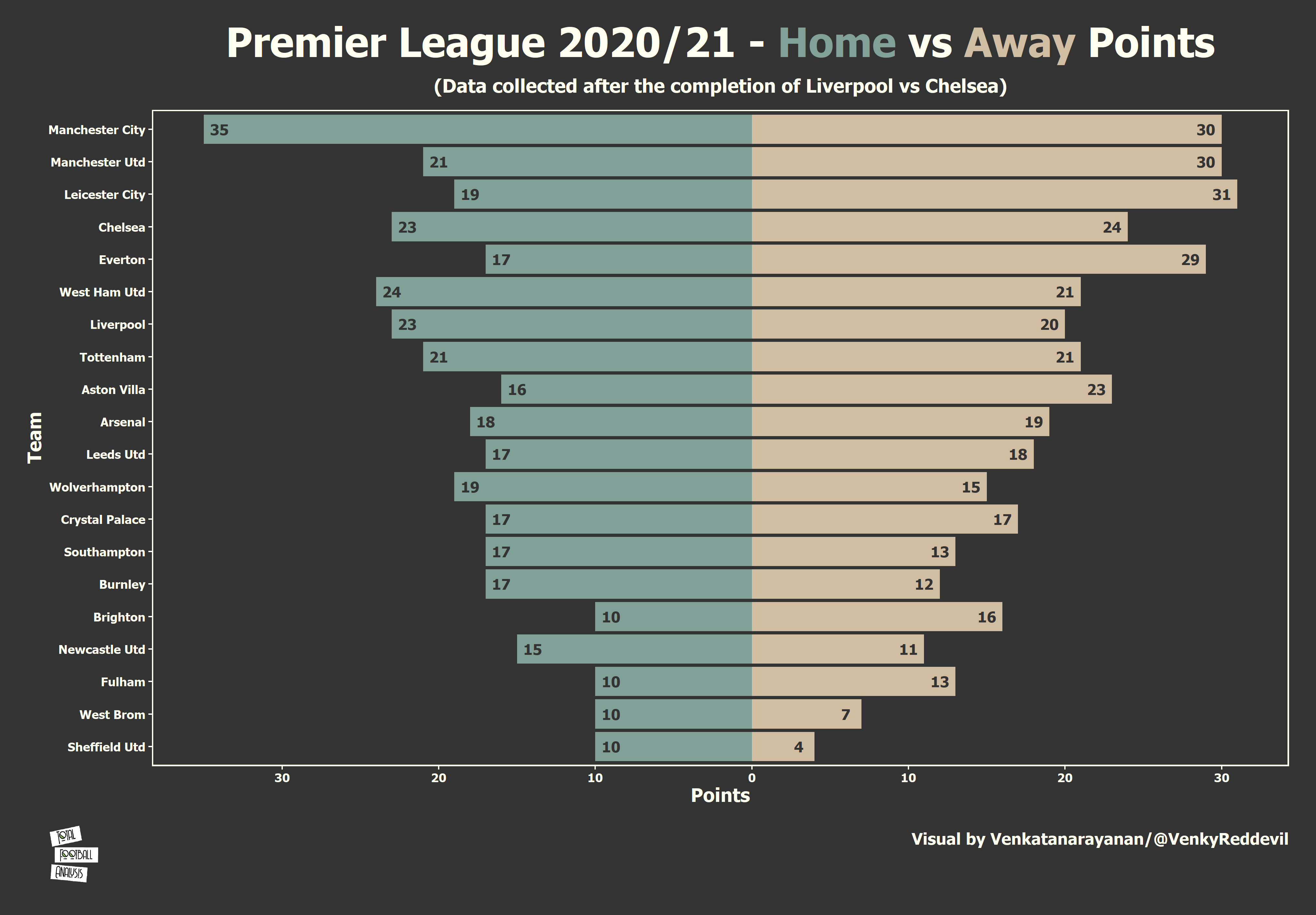 Nine teams including Manchester United, Leicester City and Chelsea, who are all in the top four, have had better success on the road. The same can be said of Brighton & Hove Albion who have really struggled for results at home over the last year or so with Graham Potter’s side winning only once at home this season. Ancelotti’s Everton have secured 63% of their points on the road and have nine wins (joint-top) away from home. Other teams to have won more points on the road than at home include Leeds United, Arsenal, Aston Villa and Fulham.

Crystal Palace and Tottenham Hotspur have won the same number of points both home and away.