Ligue 1, as always, has been full of drama this year. After matchday 23, Lille are top of the table with 51 points. Lyon are second in the table with 49 points. Defending champions PSG come third with 48 points. Three out of the top 10 teams for goals scored in Europe’s top five leagues are from Ligue 1 – PSG, Lyon and AS Monaco. Two of the top three teams in Europe’s top five leagues for shots attempted are from Ligue 1 – Lyon and PSG. Through the following scatter plot, I try to find which players are major contributors to these numbers. 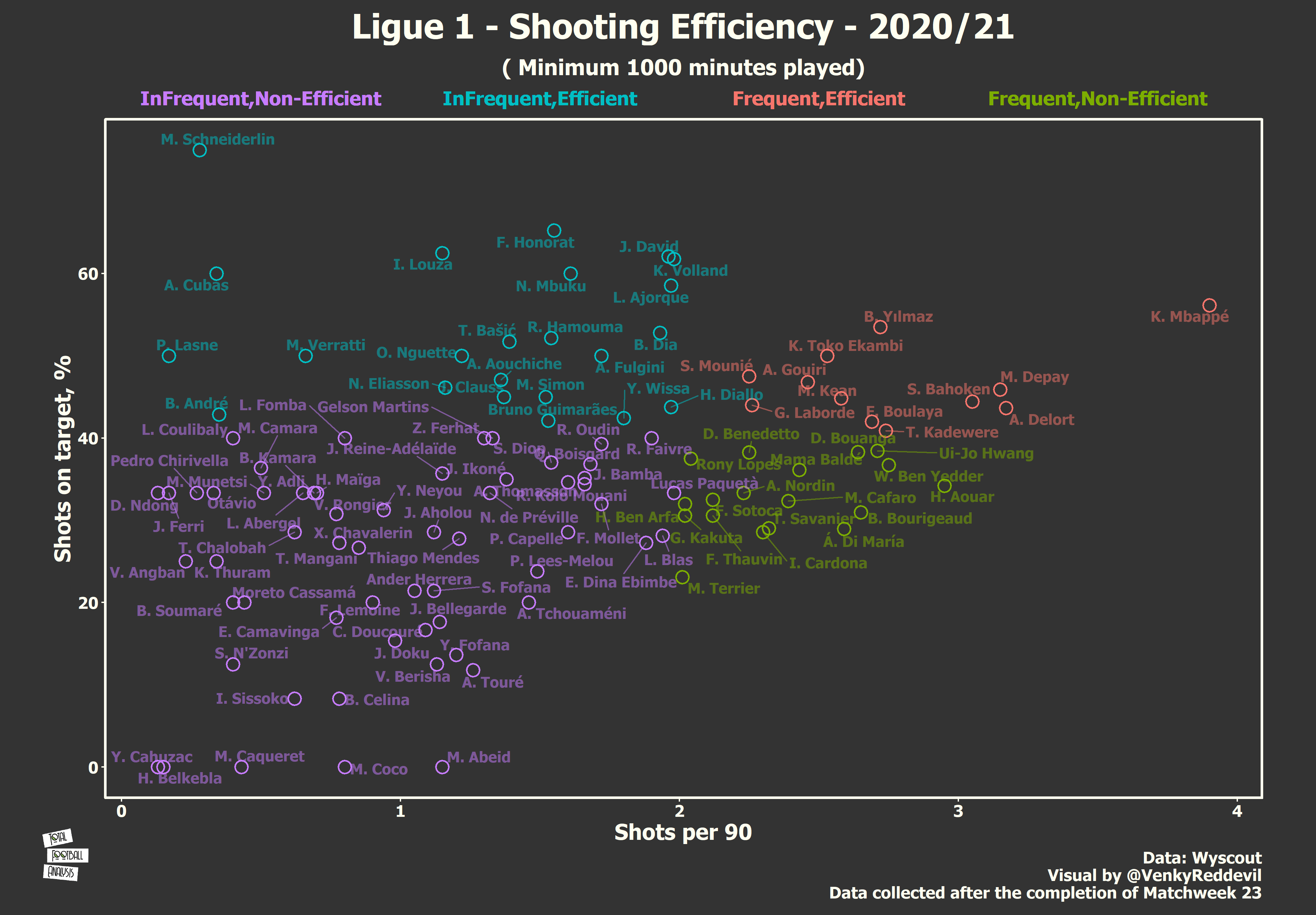 This category, highlighted in red, includes some of the excellent finishers including Kylian Mbappe and Memphis Depay. Mbappe has attempted 3.90 shots per 90 minutes, the most among attackers who have played at least 1000 minutes.The forward is also one of the most efficient shooters with 57% of his shots hitting the target. Depay comes third for shots attempted per 90 minutes with 45% accuracy.

Players in this category, highlighted in green, shoot frequently but do not hit the target as often as the first category of players. Some of the notable names on here include Angel Di Maria, Wissam Ben Yedder and Florian Thauvin.

The players that fall under this category, highlighted in teal, are not frequent shooters but whenever they do shoot they hit the target most of the time. Most of the players in this category are players playing a bit deeper like Marco Verratti, Morgan Scheneiderlin and Bruno Guimarães.

The criteria to find the efficient and non-efficient shooters was created manually and could vary from one individual to another individual. Players like Mbappe, Depay, Moise Kean should all be considered some of the best shooters in Ligue 1.