The 2021/22 Ligue 1 season so far has seen some exciting new players like Kamaldeen Sulemana, Nuno Mendes, Angel Gomes, Loïc Badé and more. There have also been some returning players, like Aurélien Tchouaméni, to make the step up. It isn’t wrong to say that Ligue 1 is the place for some of the most exciting young talents in the world. It is only a matter of time that these players showcase their potential in Ligue 1 and make their moves to the biggest clubs in Europe. One thing that excites the audience most when they watch these players is their dribbling skill.

The following visualisation shows the most frequent dribblers and their dribble success rate in the league. Players who have been on the pitch for at least 500 minutes and attempted at least one dribble per 90 were considered for this analysis. 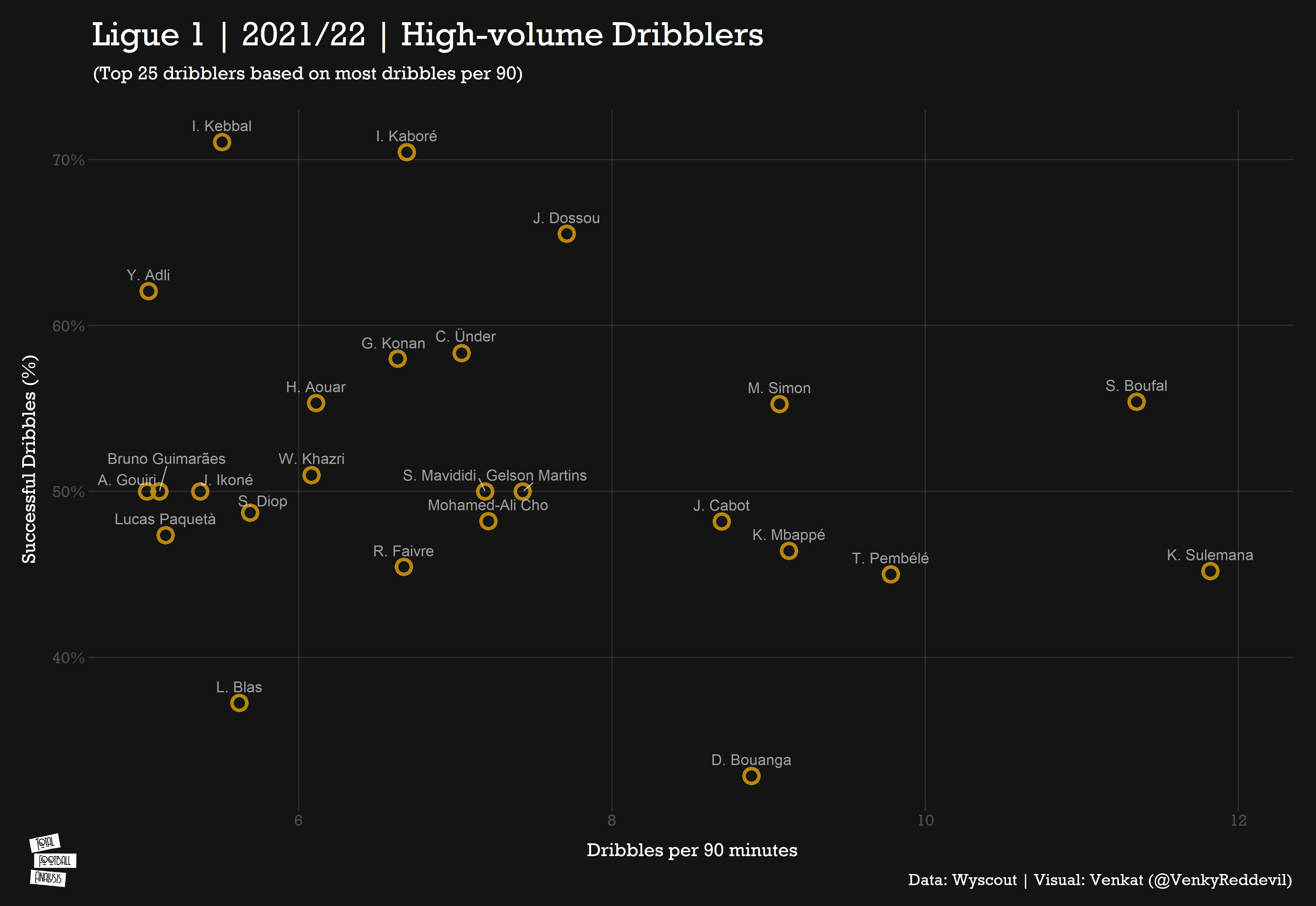