With seven games to go in the 2020/21 Ligue 1 season it’s Lille, not PSG, that lead the table with 66 points. The defending champions are second and trail Lille by three points. Lille’s excellent season must be majorly attributed to their smart business in the recent transfer windows. After finishing 17th in 2017/18, Lille have been quite consistent and been in the European qualification spots for the last couple of seasons. A title would cap off what has been an excellent few months.

The following visualisation compares Lille’s Expected Goals (xG) with Expected Goals Against (xGA) in the season so far. The data was collected after Lille’s game against PSG on 3rd April, 2021. 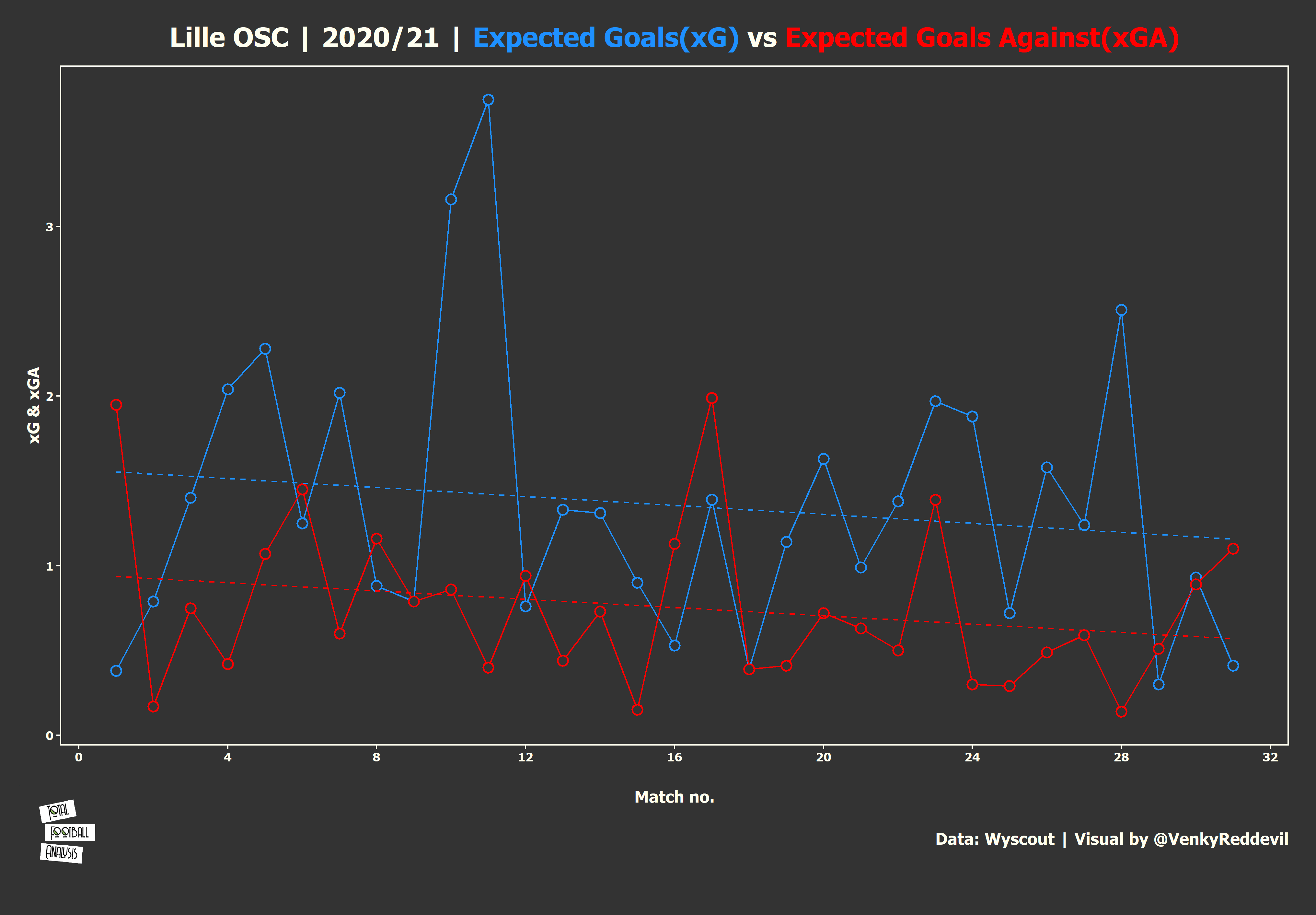 Lille have scored 49 goals this season. The three teams immediately below Lille – PSG, Monaco and Lyon – in the table have scored more goals than Lille so far, but it is Lille’s defensive record that has been the largest contributor to their success. No team has conceded fewer goals than Lille (19) in Europe’s top five leagues. Lille’s xGA (Expected Goals Against) of 21, according to FBref , is also the best in Europe’s top 5 leagues. What is even more impressive is Lille’s performance against the other teams close to them in the table. They are unbeaten in five games against PSG, Monaco and Lyon, not conceding in either game against PSG.

As the trendline (dotted line) in the visual indicates, Lille’s xG and xGA has been quite steady with their defensive record better as of late. They have eight clean sheets in their last 11 games, which included fixtures against PSG, Monaco and Marseille. And while their xG is trending downward, it is only a marginal decrease.

Lille have earned their right to be at the top of the table for now. Only time will tell if they can go all the way and win it.