Our set-piece analysis example this week goes to the Championship again, with a goal from Leeds United’s 4-0 victory over Charlton. This example is an excellent case study into how effective individual movements can be for dismarking opponents, with goal scorer Tyler Roberts doing a great job.

Here we can see the initial starting structure Leeds adopt, with players adopting deeper positioning and Leeds overloading the back post area while maintaining spacing between players. This aims to stretch Charlton’s defensive structure as much as possible, and the overloading of the back post means space is available at the front post.

The nearest player to the taker makes a quick movement towards the front post, and therefore takes his marker with him. We can see Tyler Roberts is circled and is in a central area. It is an inswinging corner from Leeds, but Charlton’s two-man zonal structure is unaffected and they naturally struggle for coverage of the area due to the lack of numbers, an obvious disadvantage to a mainly man orientated system. 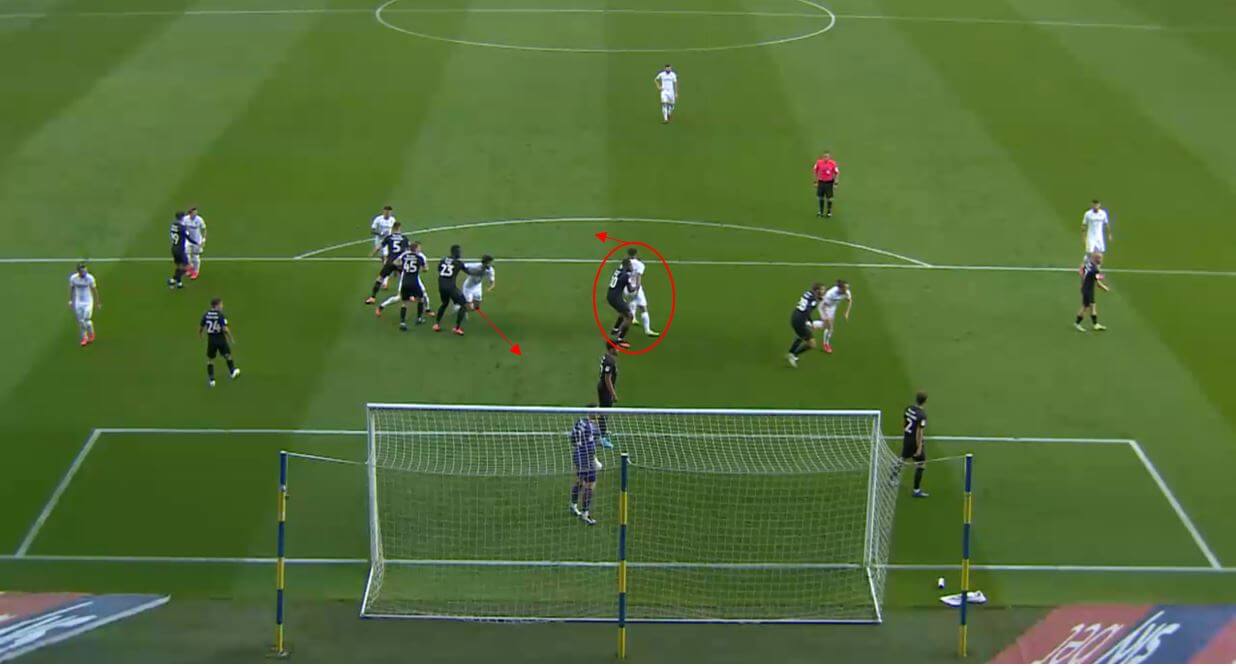 Once his marker has stopped and been distracted, Roberts immediately changes pace again and continues his run forwards. We can see here he is able to create separation because of this double movement, with his opponent flat footed and unable to react quickly enough to this stop-start movement. That central player continues his central run towards the zonal marker, while the near post zonal marker has been drawn slightly wider due to the near post run. 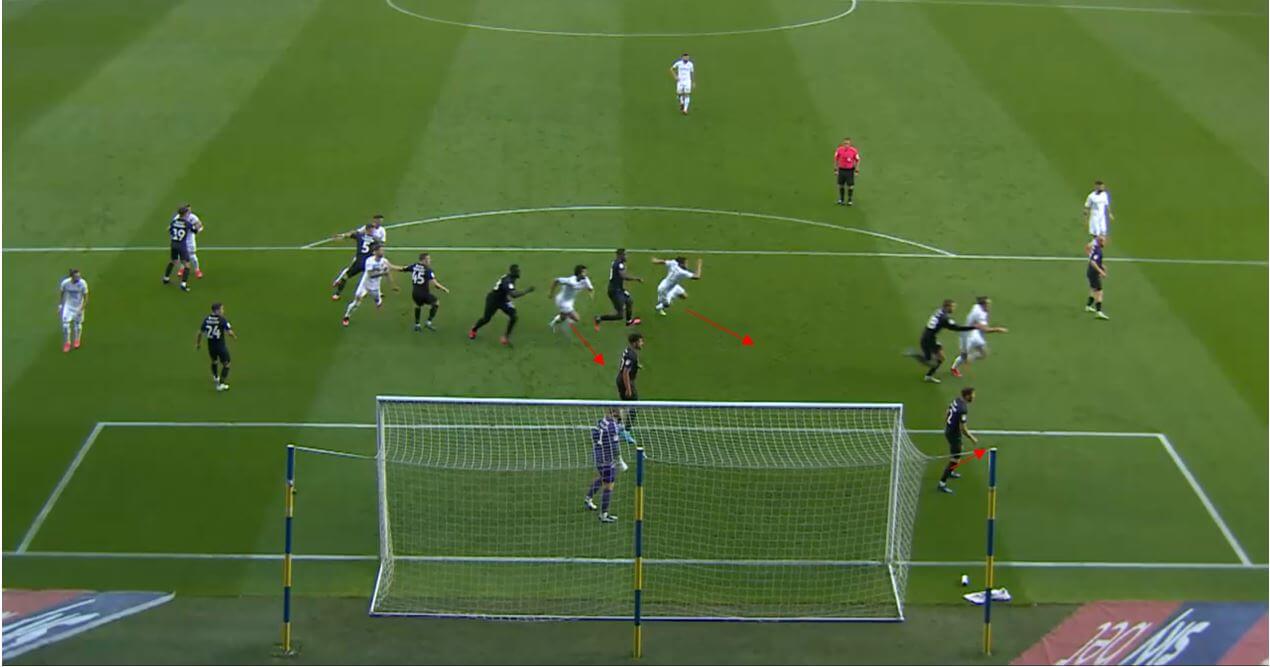 Roberts is able to lose his man and has a free run at the goal, where usually his only competition would then be a zonal marker if they are able to push out enough to cover. But the central run by the Leeds United player prevents this from happening, as he runs towards that central zonal player and blocks the defender from pushing out to challenge Roberts. Roberts’ header is therefore completely free, and he scores.

Roberts’ movement is excellent, as is the movement to block the zonal marker, but Leeds’ initial structure allows for easy running routes and good spacing, while also showing some drawbacks of having such a man marking heavy system, as one dismarking movement can lead to a goal. 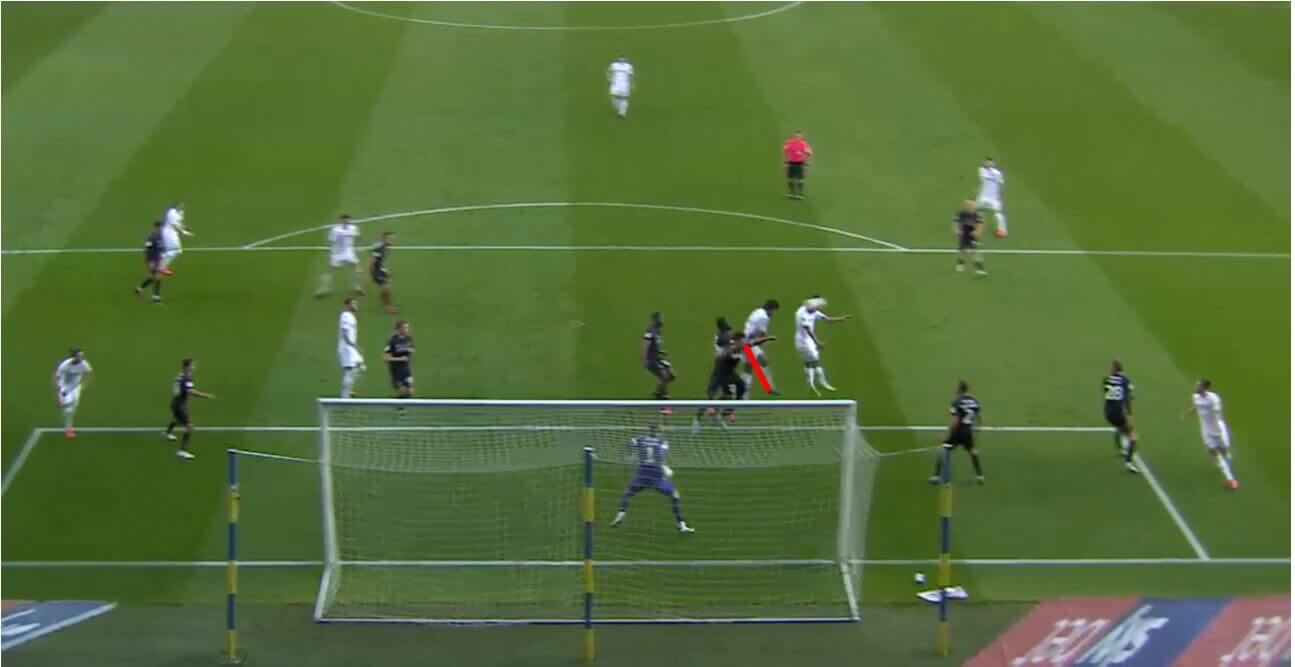