Barcelona have had a torrid start to the season with the Catalan club sitting ninth in the table and winless in their last four league outings. Adding to that, their manager Ronald Koeman was sacked after just 14 months in charge of the club. But one Barcelona player who has stood out so far is Memphis Depay. The Dutch forward has six goals to his name and is the joint third highest scorer in the league. It is fair to say that Depay has settled in well at Barcelona in spite of all the circus that has been going on in the club.

The following visualisation shows where Depay ranks when compared with the other forwards in the league. 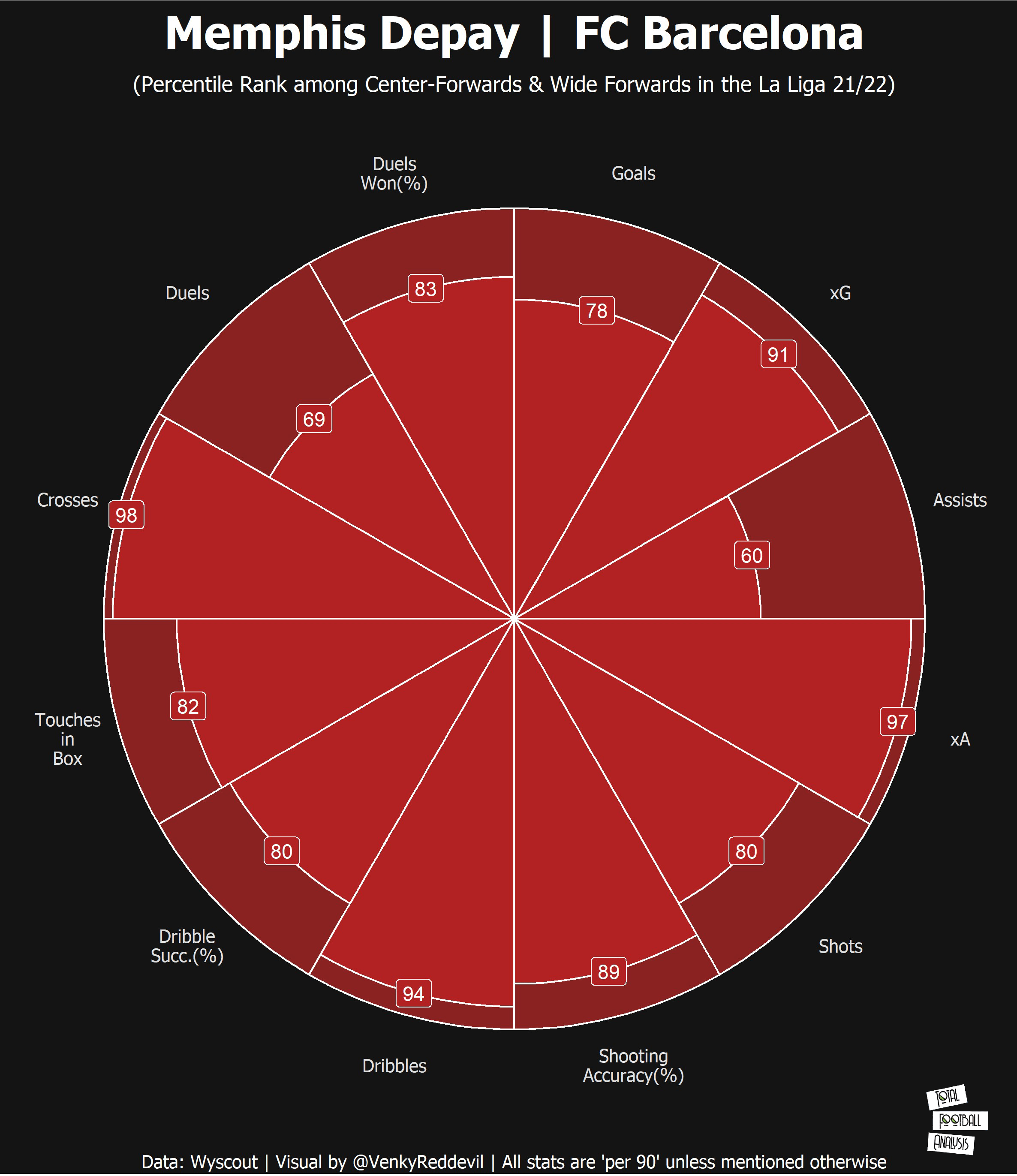 Memphis Depay, with huge expectations on his shoulders, moved from Olympique Lyonnais to FC Barcelona in the recently concluded summer window and the former Manchester United man has settled in quickly in Spain. Depay has been one of the best Barcelona players in the season so far. Depay, who has been used as a striker and as a winger at times, has found the back of the net six times in the league – more than any other Barcelona player. The 27-year-old Dutch player also ranks above for xG per 90. Depay is a high-volume shooter with only three other players attempting more shots than Depay in the league. Depay is also among the best for dribbles per 90 as the forward with his pace and trickery ranks 94th percentile for that metric this season.

Barcelona might have had a very poor start to the season but Memphis Depay could not have asked for a better start to life at Barcelona. If Barcelona are to find their secret to winning matches once again, Depay will have to carry his good form through the season.