In this short data analysis, we will take a look at Ibrahima Niane’s shot map since he is the Ligue 1 top goalscorer after the first seven matches of the new season. Niane has scored six goals in six appearances, already doubling his output from last season. He scored three goals in 21 appearances last season which is why his goalscoring form this season is worth noting. For now, he is two goals above the likes of Kylian Mbappe, Memphis Depay and Wissam Ben Yedder in the Ligue 1 goalscoring charts.  On the shot map below we can see the positions from where Niane took his shots this season in Ligue 1. 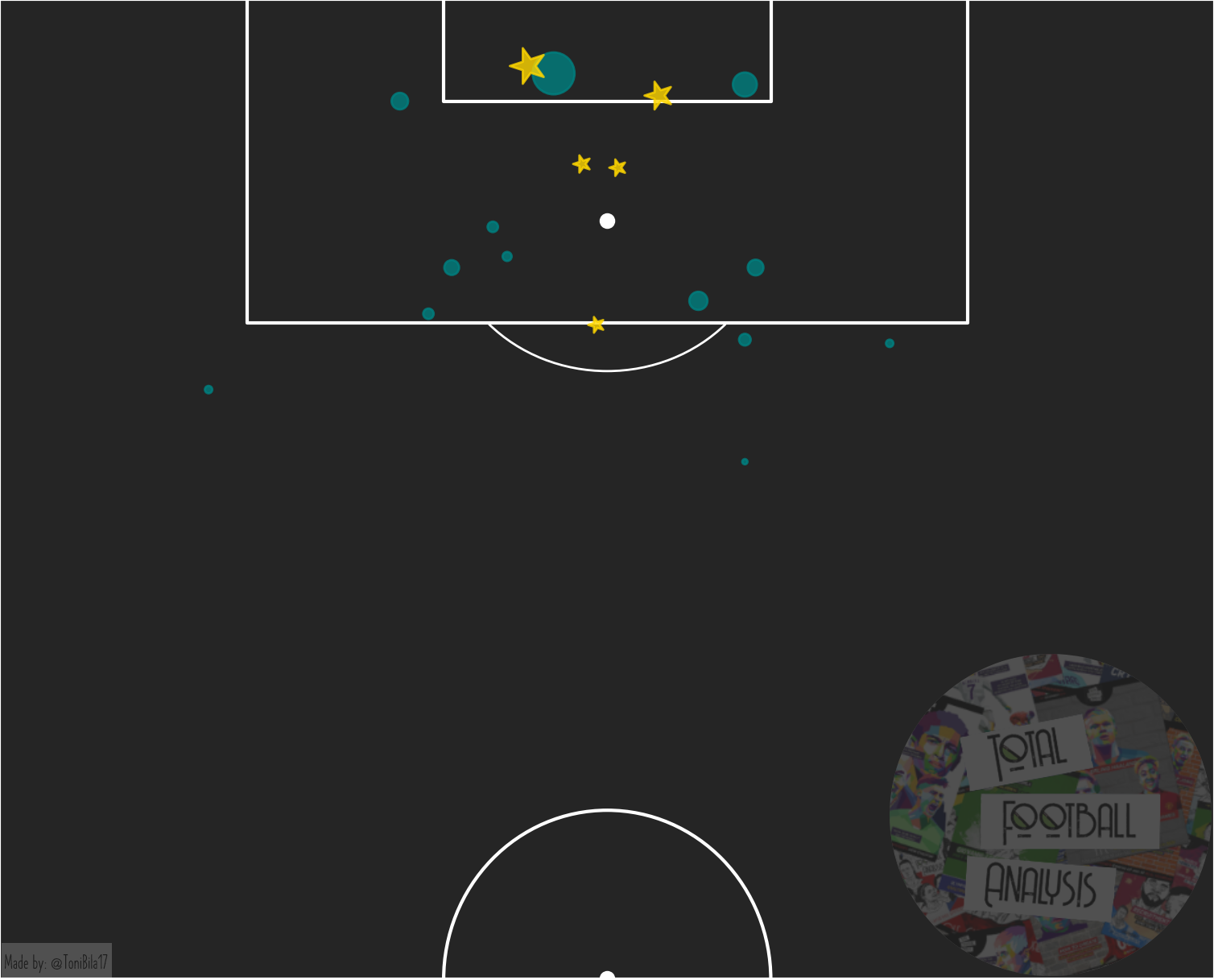 Gold stars represent shots that ended up in the back of the net, with one goal excluded because it was from the penalty spot. The bigger the marker, the higher the xG value of the shot. We can see that he is successful from central positions in the penalty area scoring all of his six goals from these positions. 14 out of 18 shots were taken inside the penalty area showing his tendency to shoot from closer distances to the goal. We can see that Niane missed two big chances in the six-yard box meaning he could have at least one more goal on his tally.

The start of this season looks promising for the 21-year-old striker from Senegal. It is hard to predict his final output especially because he plays in a weaker team and they have only scored seven goals in total this season, with him scoring six goals of those seven. Scoring 12 or more goals would be a great record for the Senegalese.  If Niane keeps hitting the back of the net it will be easier for Metz to avoid relegation and be in a safe position, but if they depend only on him they could face problems if his form drops. However, Niane’s current form is something worth keeping an eye on and at such a young age he could be in demand soon.