This week’s set-piece analysis comes from Jürgen Klopp’s Dortmund side, in a 2014 game against Bayern Munich. This throw-in incorporates the idea of verticality from set-pieces, and also has some links to American football plays.

We can see the play starts with Dortmund in a fairly normal structure for this final third area of the pitch. Aubameyang stays higher as the striker, while Marco Reus starts closer to the thrower. We can see Marco Reus has a small scan behind him to check he is being marked and also to check for the availability of Aubameyang.

Playing to the furthest man in this situation has the same benefits as it does in open play. First of all the length of the pass/throw allows for a player to make a run into space, and secondly, playing to the furthest man allows for the secondary runner to have improved body orientation, and can arrive into space facing forwards. Aubameyang can set it off to Reus, who gets ahead of his marker due to his pace and because his marker naturally has to react to his movements, and so is always a touch slower.

From there, Reus is supported by Henrikh Mkhitaryan, who arrives unmarked from deep, receives the pass and shoots past Neuer.

This type of play resembles the ‘hook and ladder’ (sometimes called the hook and lateral) plays seen in American football and occasionally in basketball, and we can see an example of the hook and ladder below. The quarterback throws the ball to the player furthest forward. While the ball is mid-air, it triggers a player from a deeper/wider position to run for a set. If you just throw the ball to the furthest player, they aren’t in a position to run as they aren’t facing the correct direction, but as you can see here, this little set for the secondary runner to catch means that they can run and score a touchdown. 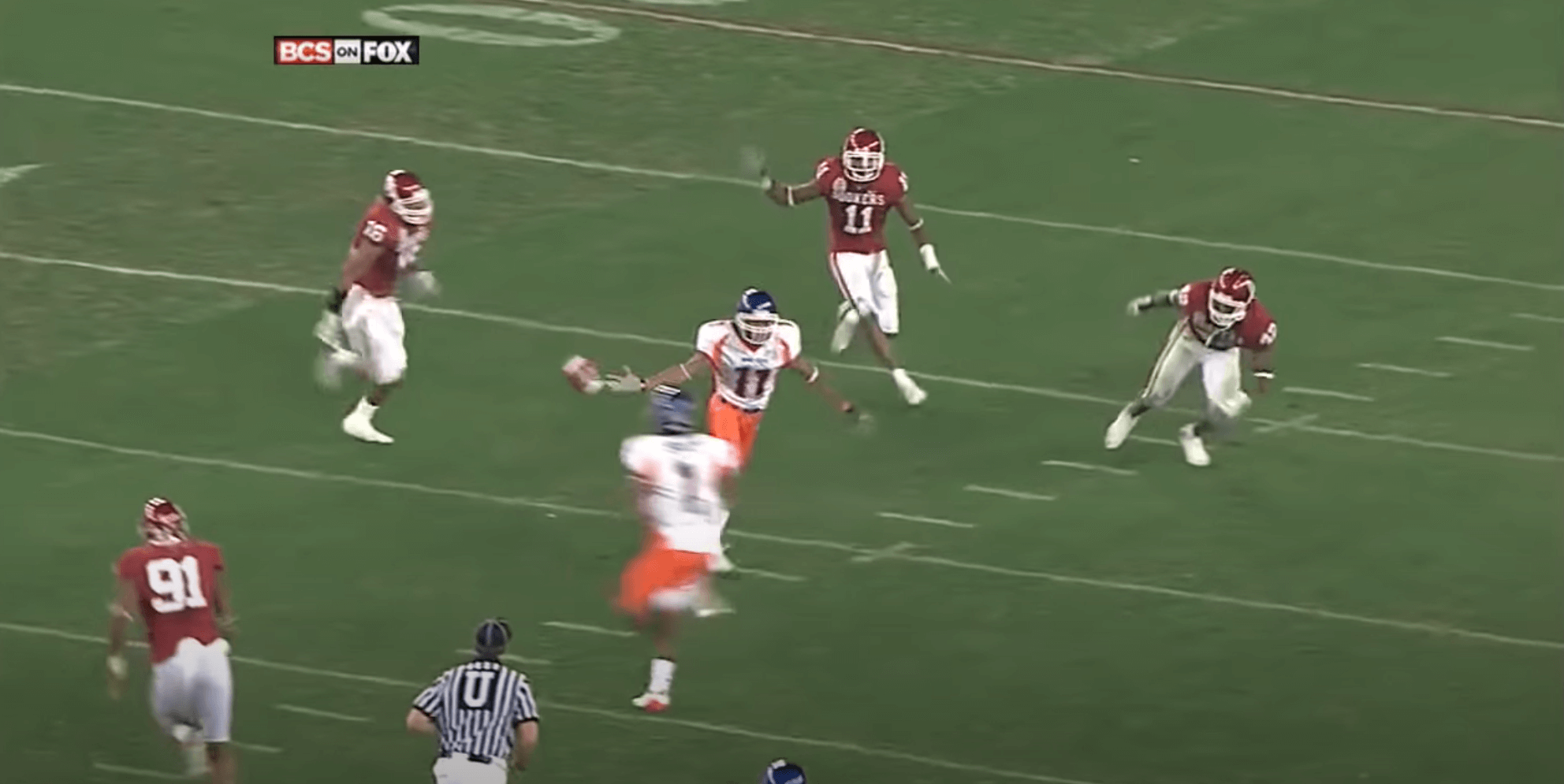