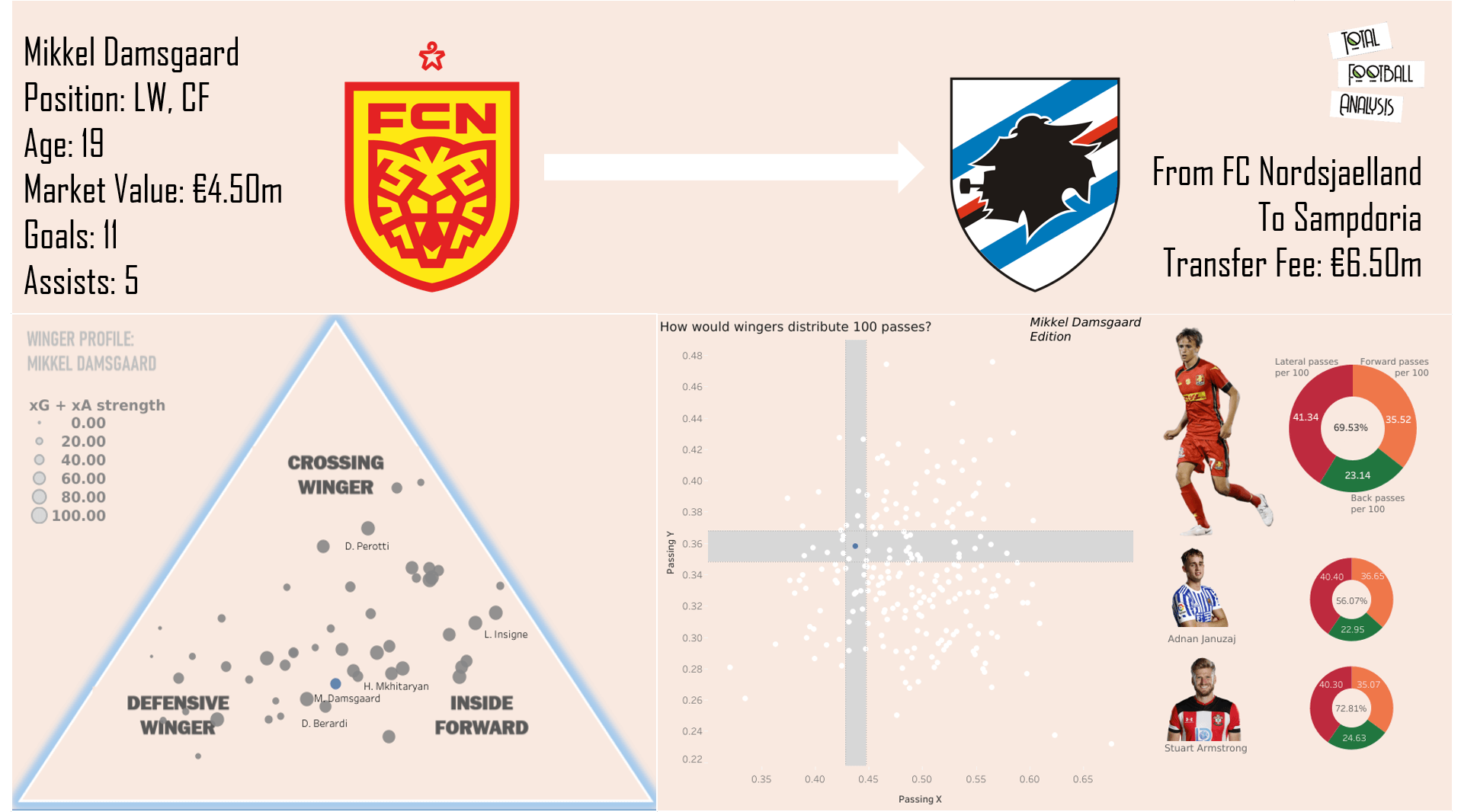 Mikkel Damsgaard is one of the most exciting attackers from the class of 2000. Even though Sampdoria secured his signature in the winter transfer window, he was loaned back to the Danish Superliga where he has continued to impress and his name has grown in reputation as a result. He is still relatively unheard of by the majority of football fans. So, who is he and how can we assess his abilities before we see him play?

In the data visual below we can see on the left that we have aimed to build his profile by comparing him with players of the same position. We have included the Superliga and Serie A wingers with more than 600 minutes on the pitch this season. The defensive winger area is only occupied by Danish league players meaning that in Italy, the tactics don’t require a player with such a role. Damsgaard fits nicely in between the inside forward and the defensive winger roles. Despite his lean-build, he is able to provide a good option for Claudio Ranieri with his good work in defensive scenarios.

On the right of the image, we calculated statistics per 100 theoretical passes and found two similar players to Damsgaard. Adnan Januzaj, the former Manchester United wonderkid, would be a suitable comparison and he also has the same physical attributes as Damsgaard. Stuart Armstrong, of Southampton, also scores similarly to Damsgaard – although with a slightly better forward pass accuracy of his theoretical 100 passes.

There are many reasons to believe that Damsgaard will be a unique player who is a great fit at Serie A and we are eager to see how he will fare in Sampdoria.