It is quite a difficult task to measure the quality of free kicks through numbers. The factors that are used to measure the quality of a free kick includes power, curve, dip, placement etc. The 2019/20 Premier League season introduced us to some very good free kicks including Aaron Cresswell’s goal against Manchester United, Harry Wilson’s goal against Manchester City, etc. The visualisation below identifies the players who are assigned the job of taking free kicks regularly and their success rate. 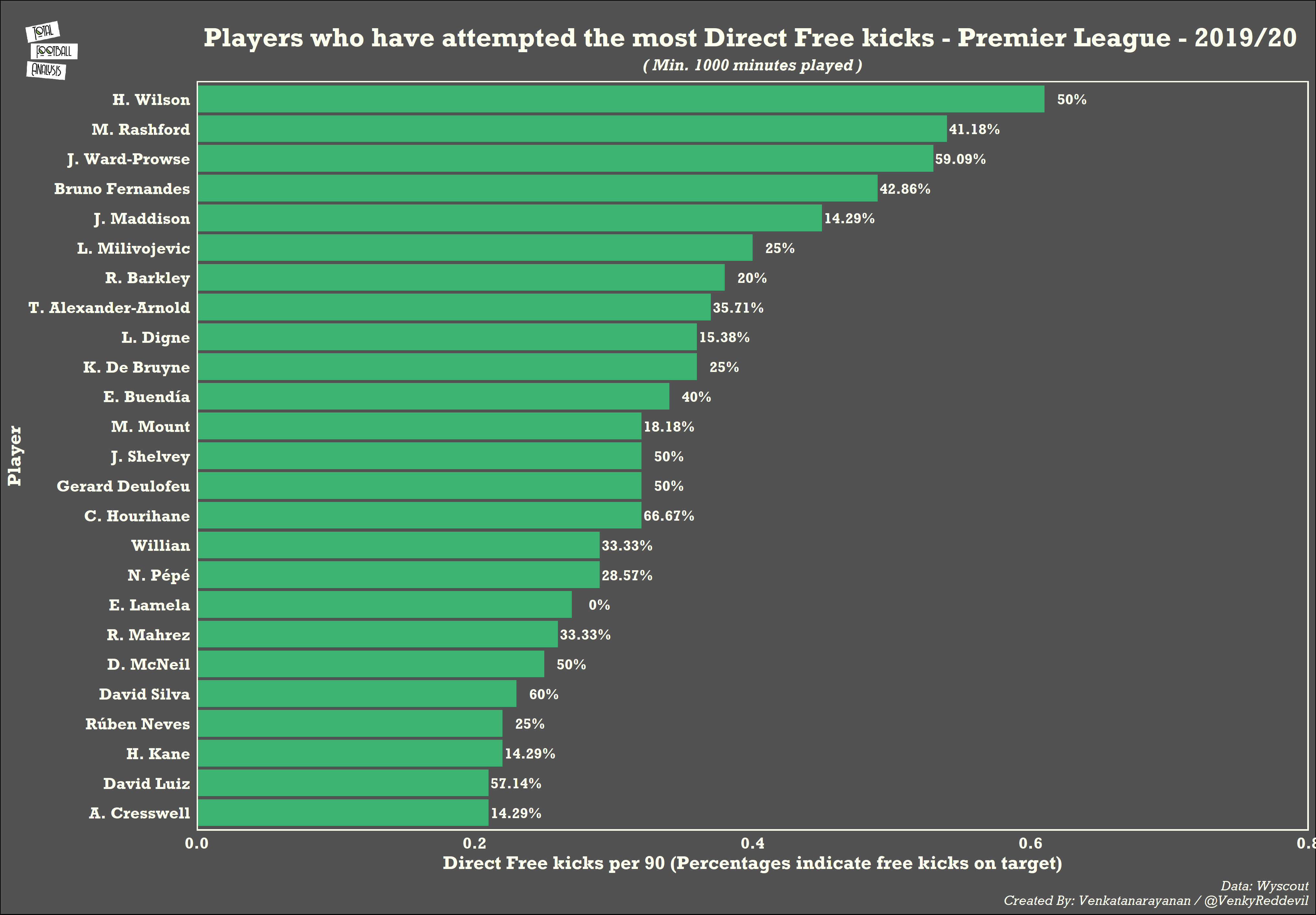