Everton had a good start to this Premier League season sitting in fourth place after seven matches. They made some quality signings over the summer in the likes of Allan, Doucoure, Godfrey and James Rodriguez. Signing Rodriguez and Allan, players who have played many years at the Champions League level has lifted Everton to a higher standard. Everton possesses a fantastic trio for dead-ball situations with Digne, Sigurdsson and James Rodriguez at their disposal. Not only do they possess fantastic dead-ball specialists, but they also have a quality aerial presence in Mina, Keane and Calvert-Lewin. Every third headed shot by an Everton player has ended as a goal this season. They have had 18 headed shots (fourth in the league) and have scored six headed goals (first in the league). Calvert-Lewin scored four of these headed goals. 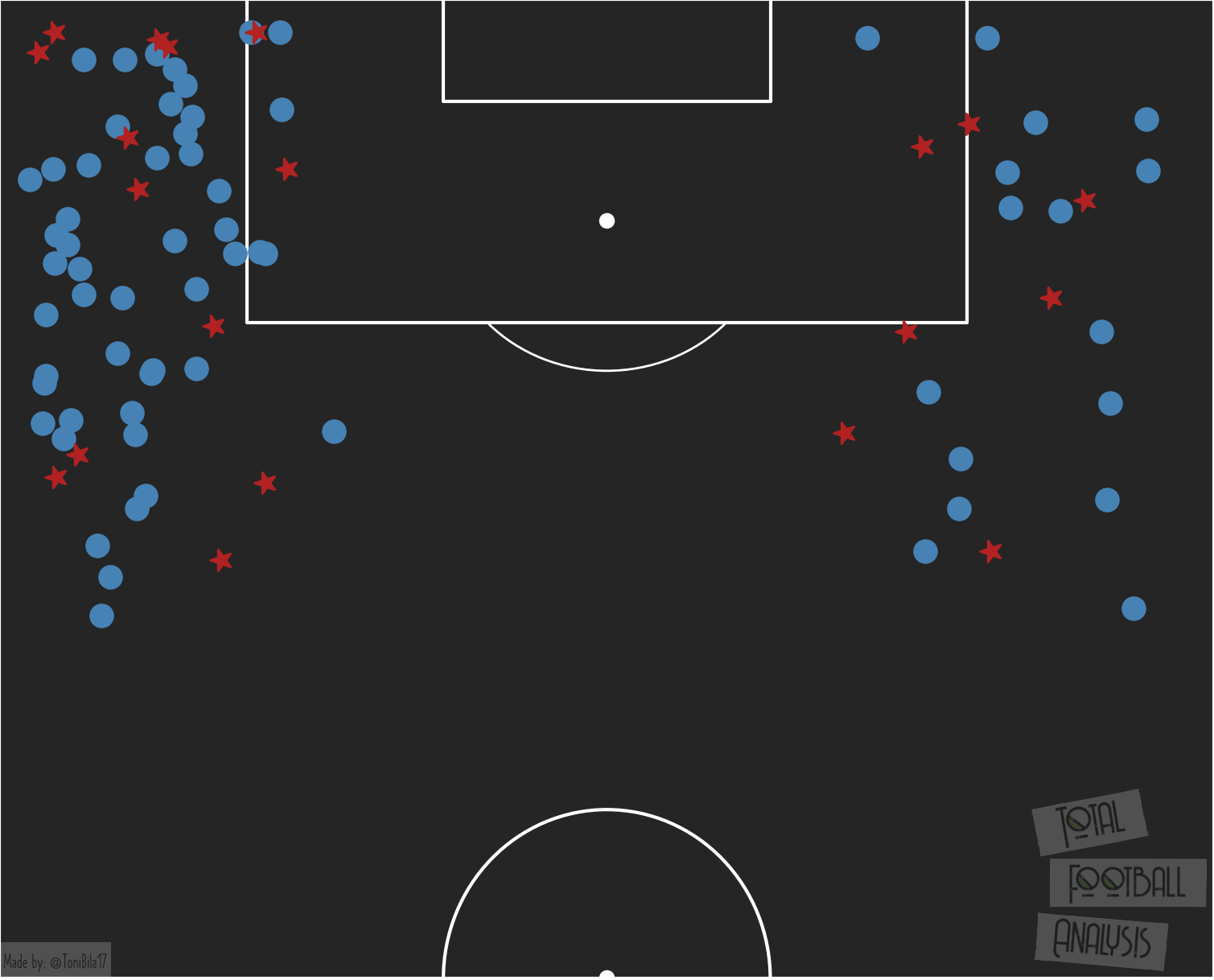 We can see in the cross-map above, red stars display the accurate crosses while blue circles represent the inaccurate crosses. It is clear that Digne’s presence leads to more crosses from the left side of the field. Everton had 84 crosses from open play, 62 cross attempts from the left side and 22 cross attempts from the right side. There would be less of a difference between the number of crossing attempts per side if Coleman was healthy and centre-back Godfrey hadn’t needed to replace him at right-back during the last few matches. However, given the number of attempts, there is no big difference in successful crosses between the sides. There were 13 successful crosses from the left side and seven successful crosses from the right side. It is worth mentioning that Digne attempted 45 crosses from open play and was accurate 12 times. Everton is trying to exploit set-pieces, with James already assisting three times from there with two free-kick assists and one assist from delivering a corner. Digne also assisted once from a freekick.

Everton looks like the most dangerous team in the league from the set-pieces. Many teams will have trouble defending against them in this regard. Having both the aerial presence and quality crossers means that the Toffees possess a deadly weapon which could give them the edge.