At the end of the 2018/19 season, many tipped the 2019/20 would also be a two-way battle towards the title. Both Liverpool and Manchester City pushed each other harder till the final day where Manchester City took home the title in a great fashion. But the start of the 2019/20 season wasn’t as great as they expected it to be. The departure of  Vincent Kompany and the early loss to injury of Aymeric Laporte invoked serious defensive issues. That run saw them lose 3-2 to Norwich, away, which showed signs of what was yet to come. Liverpool, on the other hand, started the season exhilaratingly on the back of a great Champions League and UEFA Super Cup victory. Baring a draw against eternal rivals Manchester United, where Adam Lallana scored a crucial late equalizer, they beat every other team that came on their way.

On the 10th of November, Liverpool hosted Manchester City, in what was defined as the most crucial game of the season and was an overly anticipated clash. Six points were the difference between the two teams as City looked to close the gap. Liverpool took the lead early thanks to a screamer from Fabinho. Anfield erupted and was ecstatic in what they thought was the crucial goal of their season. But their next piece of attack and goal sent messages to across Europe as though why Liverpool deserved to be the runaway winners this season. The following image shows space controlled by each player on the pitch. It shows Trent Alexander-Arnold having the ball (black point) at the right-wing. 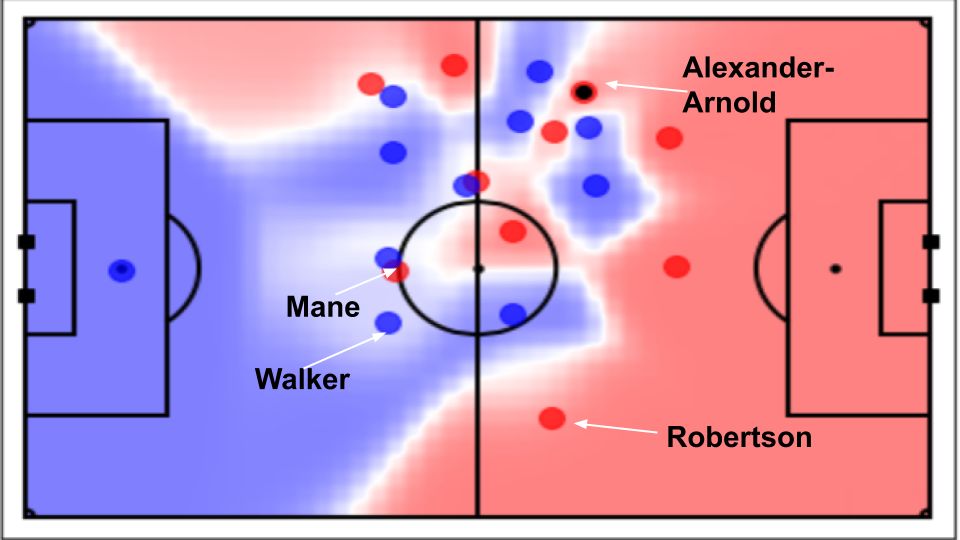 We see that Sadio Mane’s presence forced Kyle Walker to move narrow, this eventually gave huge space on the other wing for Andy Robertson. Arnold’s vision saw him finding Robertson in huge space. A swift long ball was then from his weaker foot to the left-wing. The ball’s direction (black arrow) is placed exactly to the tip of the space until which Robertson has full control of. 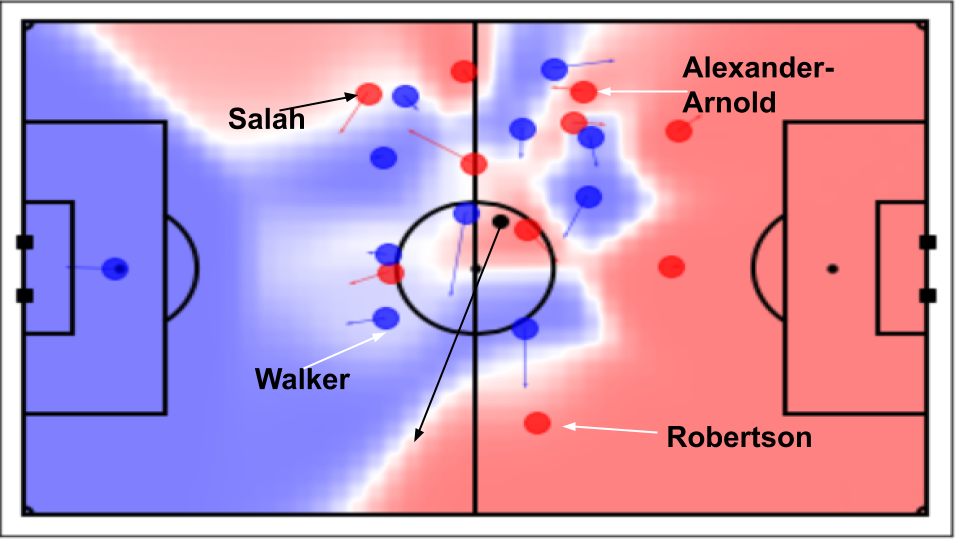 Now Robertson has the ball and Salah and Firmino are making a run into the penalty box. Robertson whips a beautiful cross (black arrow) after running a few distances. Salah arrives at the box on the blindside of both Fernandino and Angelino to score a header onto the far post (red arrow). 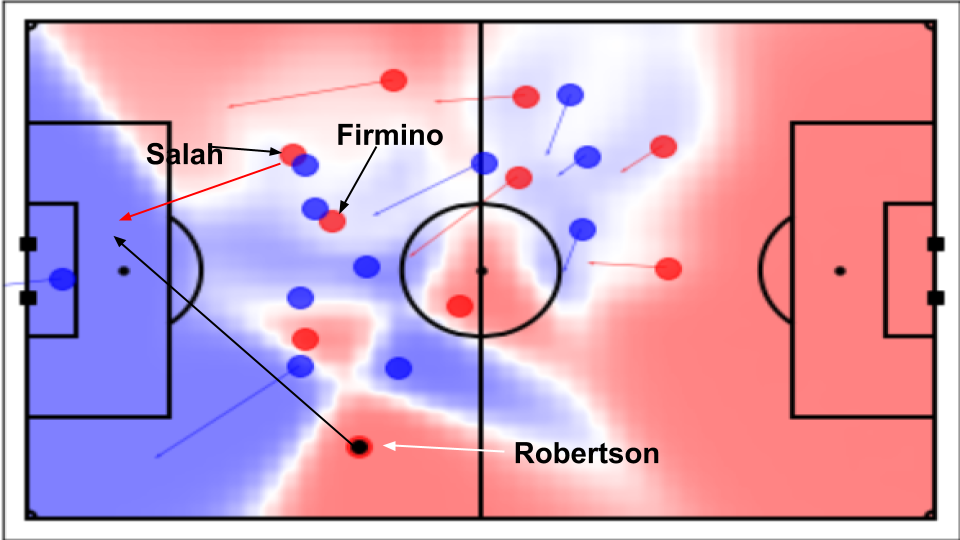 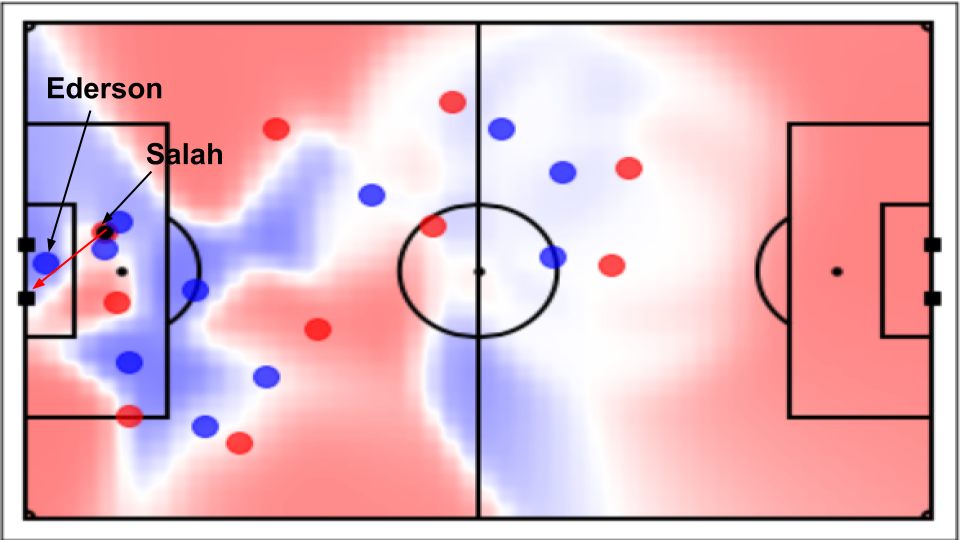 This was a beautiful example of Liverpool’s ruthlessness and spatial awareness that eventually qualified them from being a title contenders to a genuine title winner. We can see numerous red spaces on the pitch which asserted that Liverpool took full control of the pitch with just 2 passes from their world-class full-backs. The intensity in which the whole move was done was also down to years of coaching since the arrival of Jurgen Klopp. This arguably was their defining moment of the season which won plaudits across Europe. 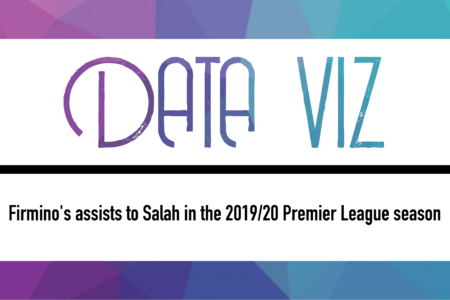 Roberto Firmino has assisted nine goals in the Premier League for Mohamed Salah, more than any other Liverpool player. Sadio […]