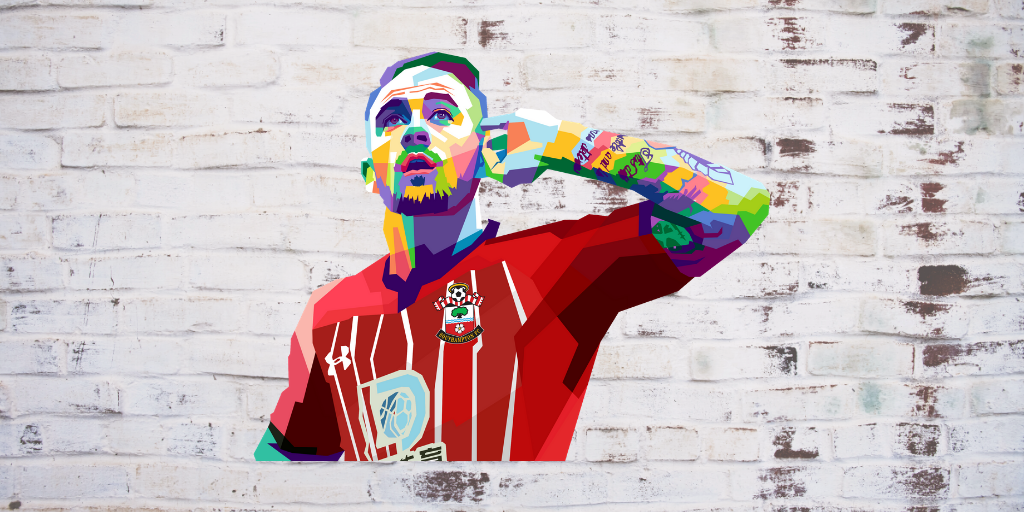 Danny Ings had shown great potential in his debut Premier League season with Burnley, when he scored 11 goals in the league but could not prevent them from being relegated. This led to a move to Liverpool, where he struggled with injuries and thus was never able to gain a firm foothold in the team. Ings moved to Southampton in 2018, initially on a season-long loan which became a permanent move in July 2019 for a fee of £18 million. At the time, it was thought to be a brilliant bit of business for Liverpool – to get that much money for a fringe injury-prone player. While he was decent in his first season on the south coast, scoring seven goals in the league, his form this season sees him second on the goalscoring charts, amid talks of a recall to the England national team. This tactical analysis report will look at the reasons behind Danny Ings’ goalscoring resurgence, and whether it is merely a hot streak or sustainable for the future.

Ings has, at the time of writing, scored 13 goals in 21 league appearances, behind only Jamie Vardy in the Premier League Golden Boot race. With a brace against Portsmouth in the Carabao Cup as well, this makes it 15 goals in 25 appearances in all competitions for Southampton this season. He is single-handedly keeping the Saints out of the relegation zone, having scored more than half of their goals in the league.

The statistics point towards a remarkable shift in goalscoring efficiency over last season. This season, Ings is scoring at a rate of 0.81 goals per 90 minutes, while last season this was at 0.39 goals per 90. However, this has not come about through an increase in the sheer number of shots or chances – the striker was taking 2.85 shots per 90 minutes last season, and is at 2.99 shots per 90 so far this season, a marginal increase. His conversion rate, thus, has skyrocketed. Ings is scoring with 26.9% of his shots this season, almost double of last season’s conversion rate of 13.8%. He is also getting marginally more shots on target this season – 50% compared to 44.8% last season, but that does not account for the stunning rise in efficiency. Ings actually underperformed his xG last season, scoring eight goals against an xG tally of 10.86, but has gone the other way in 2019/20, with 15 goals against an xG of just 9.08. Thus, these numbers point towards Ings’ clinical finishing and ruthlessness in front of goal this season as the major reasons for his goalscoring form. The Southampton striker is scoring more goals from a similar number of shots as last season, which shows his efficiency. The following analysis will attempt to dissect this form and determine whether it is a flash in the pan or something more sustainable.

The immediate thing one notices is that Ings primarily operates in the penalty area. He takes very few shots from outside the box and can be regarded as a poacher in that respect. Of course, the comparison of the two maps also reveals that he has been getting far more shots on target from inside the box than last season, while he has scored goals from some improbable angles as well, which is most probably the reason behind the xG outperformance. Nevertheless, Ings’ efficiency can be seen from these maps, and it also points towards good awareness and positioning – the former Burnley and Liverpool striker has scored seven goals from in and around the six-yard box, compared to just three last season. This shows that he is getting in better positions to take a shot, and is also probably scoring from rebounds or defensive mistakes. Most of his shots on target this season have also come from areas within the width of the six-yard box in the penalty area – thus from more central areas which give him a greater chance of scoring. All in all, this shows that Ings’ goalscoring form has been accompanied by some improvement in the areas from which he takes his shots as well, which bodes well for Southampton as it points towards intelligent movement and positioning, not just improved luck.

Ralph Hasenhüttl’s arrival on the south coast last season meant that the Saints started pressing from the front far more than under his predecessor Mark Hughes. Ings is perfectly suited to that system – it was the reason why most observers thought he would have flourished at Liverpool under Jürgen Klopp had injuries not struck him down so frequently. This can be seen by the difference in Ings stats from last season – he was averaging 1.96 recoveries per 90 minutes in the opposition half under Hughes, which shot up to 2.6 recoveries in the opposition half under Hasenhüttl. The former RB Leipzig manager’s system of using two strikers, along with the higher intensity of pressing, has definitely helped Ings as it forces the opposition into mistakes for the striker to capitalise on. This season, Ings is averaging 2.1 recoveries in the opposition half per 90 minutes – down from last season, but nevertheless, it has helped him score at least three goals, as the images below show –

Thus, Ings’ pressing has directly led to him scoring goals this season, and this is set to continue under Hasenhüttl. However, it is not just his pressing that is getting him goals – Ings’ intelligence and awareness are also major factors in his goalscoring resurgence.

Ings has been the archetypal poacher this season, scoring goals from inside the box after having snatched onto a loose ball or a rebound. He is also, usually, the striker playing on the shoulder of the defensive line, with his partner tasked with dropping deeper. This suits his game, as he is quite fast and can get onto long passes played in behind the defensive line through his pace. Allied to this is his intelligence in terms of movement, positioning as well as the timing of his runs –

As mentioned earlier, Ings usually looks to make runs in behind, using his pace to get beyond defenders and get into one-on-ones with the goalkeeper – 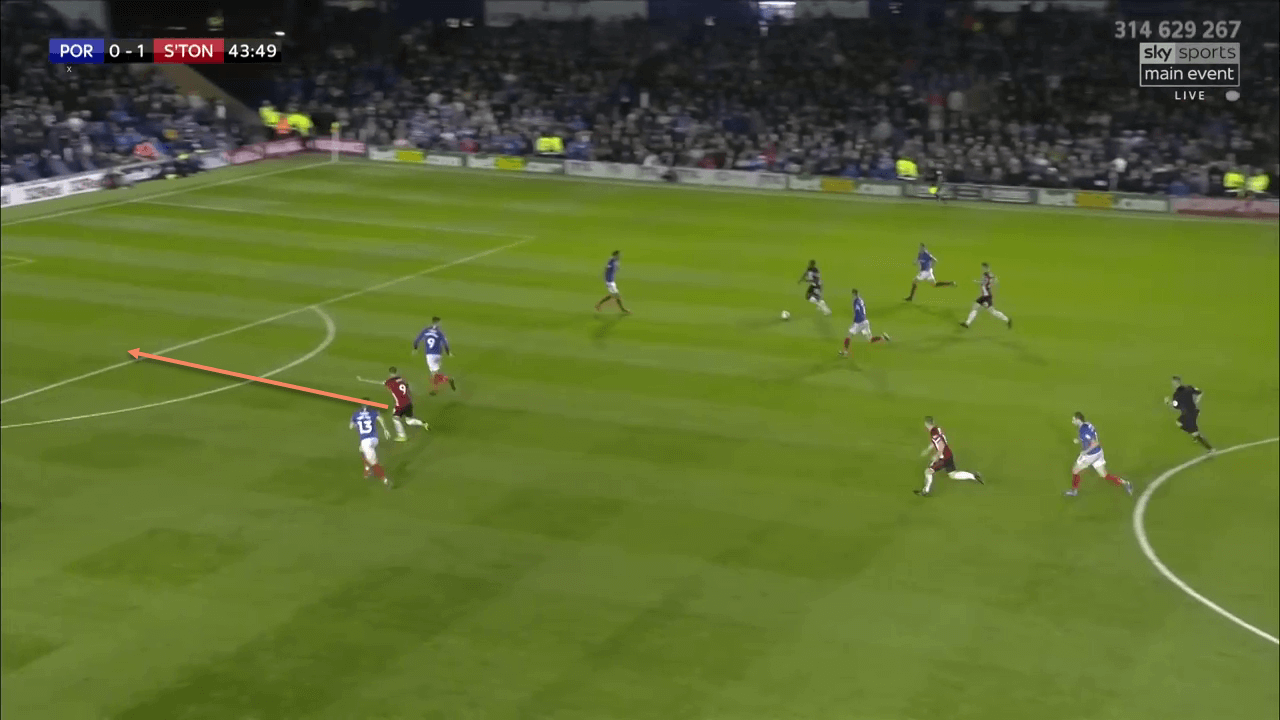 However, he is not as one-dimensional as that –

Thus, it can be seen how Ings’ awareness and movement has allowed him to get into the sort of positions from where he can score easily.

Danny Ings’ goalscoring form this season can be attributed to a number of factors – better shot positions, pressing intensity, awareness and intelligent movement. While the significant xG outperformance suggests a reversion to the mean is likely soon, there is no reason why that mean itself cannot be high i.e. Ings looks like he will continue getting into good goalscoring positions by virtue of his movement and awareness, and he is already a ruthless finisher, which will allow him to capitalise on such scenarios. Thus, while there may be a drop in his goalscoring output, the signs suggest that Ings has turned into a reliable goalscorer for a mid-table side such as Southampton, and can be expected to get 10-15 goals per season from here on.