After 3 unfortunate seasons at Liverpool marked by injuries, Danny Ings went on loan to Southampton in 2018/19, his great performance that season was enough for the Saints to make his presence permanent. In season 2018/19, Ings scored 8 goals in 25 appearances. What was encouraging is that he didn’t have knee problems which made him miss a lot of games in the past. This season Ings has shown how lethal he is in front of goal, having played 2006 minutes in Premier League and scoring 15 goals, amounting to 0.67 goals per 90. What is really impressive is that Ings easily gets into good chances every match. He showed that he is not dependent on his teammates with some good individual sequences this campaign. On the shot map below we can see places from where Danny Ings was shooting this season, where stars represent goals. One clear thing we can see is that only one goal from ten attempts came from positions outside of the penalty area. 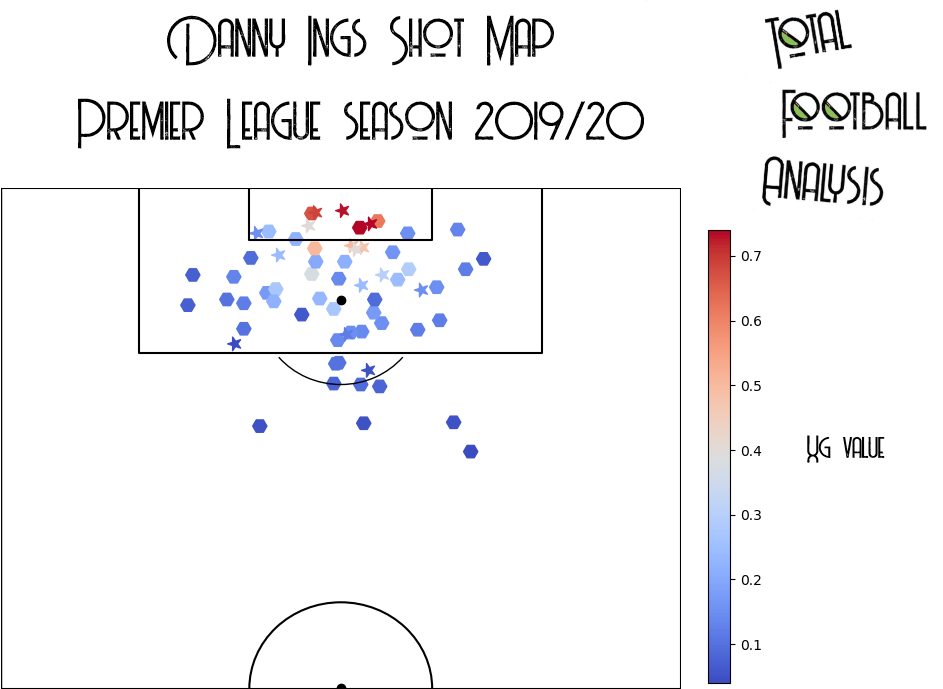 We can say that Ings is a fox in the box based on this shot map, with a lot of his shots coming from inside the penalty area. Ings gets into the right spots regularly and if he maintains his form this season, it is only a matter of time before he gets his England call-up.