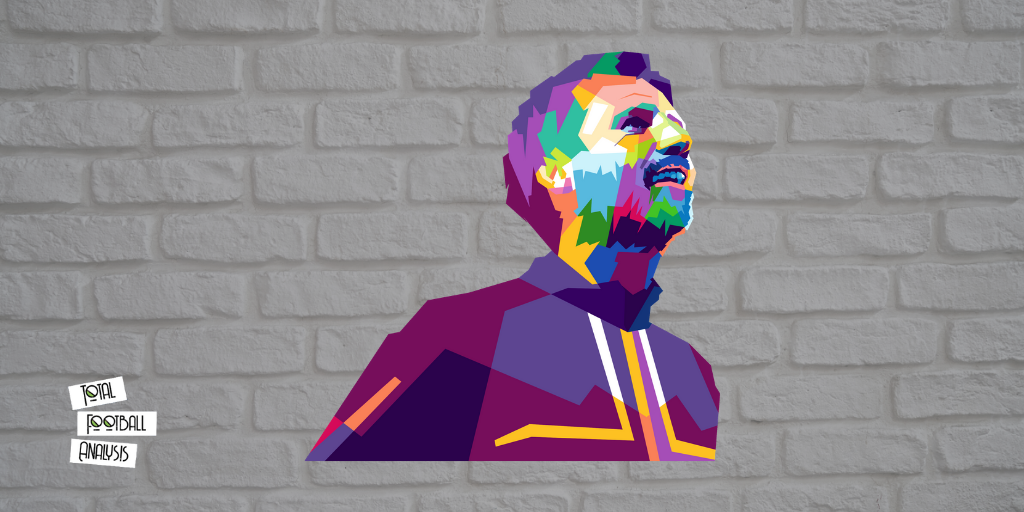 Huddersfield Town’s manager, Danny Cowley, has, alongside his brother Nicky, spent 13 years in club management – an impressive feat for a man of 41. The London-born manager began in football with a fairly average semi-professional football career, however, has gone on to break the shackles of not playing professionally in his managerial career.

Beginning as an assistant manager in England’s ninth tier with Concord Rangers in 2007, he moved into the club’s hot seat a year later. Then, after several years, onto Braintree Town for a season and then Lincoln City before ultimately ending up with the Terriers, with a silverware-laden track record behind him and his brother.

Upon his revealing as the new man at the helm at the Kirklees Stadium, the 41-year-old manager passed comment on having managed in eight of the top nine divisions in England. He said: “For Nicky and I, in the puddle that we live in, it’s been a fairy tale – there’s no hiding place from that. This will be the eighth division of the top nine that Nicky and I have managed in and we feel that this is the next step to get to the ninth division.”

The intent is clear – the Cowley brothers want to manage in English football’s holy grail, the ninth and final tick on their checklist, the Premier League. The Cowleys’ desire and rise through England’s divisions make them a staple of ones to watch in 2020 as they realise their goals.

This manager analysis will detail key features of Cowley’s tactics which have seen his meritocratic rise through the leagues and which parts of his philosophy he is effectively deploying in Yorkshire.

Luring a press to launch an attack

Across Cowley’s time with the Terriers and whilst at Lincoln City, it is clear that the 41-year-old gaffer’s starting formation of choice is a 4-2-3-1. However, sometimes he may alter to a 4-4-2, 4-4-1-1 or a 4-3-3, which shows a clear preference to four-back formations. Whichever the Englishman deploys, though, a key pattern of play that he uses is to attempt to lure a press which will then allow his side to cut out the opposition’s front and middle third with a long kick from the goalkeeper, usually into the half-spaces.

As can be seen here, the Terriers’ backline luring a press which then results in a long ball forwards into the half-space on the right-hand side can be seen in the 3-0 home victory over Hull City. How this is done is by defenders playing direct passes between themselves and inviting a high press, before the ball is played back to the ‘keeper safely for a long pass to then elude the opposition’s front and middle third if they press high enough.

However, this annotation shows how the backline react when the opposition is not lured into the press. In the victory over the Tigers, the visitors were purposely not deploying a high press and refused to be sucked into closing down the goalkeeper where possible. This then results in how a Cowley side play when they are not pressed high, whereby the defence keep the ball with tight, direct passes. They maintain possession between themselves before playing forward when the right opportunity arises.

This annotation shows the tactic’s function in a much clearer way. In the 2-1 victory over Barnsley at the Kirklees Stadium, Kamil Grabara has ignored the two split centre-backs and played the ball directly into midfield to Jonathan Hogg which initiates the move. At no point does Hogg look to turn as he wants to lure the press and because of the split centre-backs he has options to his left and right should the press not arrive.

If the press does arrive then he will pass back to the goalkeeper along the first yellow arrow, then Grabara will cut out the front and middle third with a long ball forward into the half-space where wide target man – Elias Kachunga – is stationed. This would only take place should the red arrows be realised, and the Terriers do lure the press. In this instance the high press is initiated by the Barnsley attacker, however, Hogg goes off script and attempts to play left and possession is lost.

The tactic of luring the press to then play a long ball forward from the back or bide their time with the ball in defence then usually leads to another pattern of play from Cowley. What the 41-year-old manager does is to get his to drop those distributed forward passes into spaces just in front or behind the opposition’s defensive third. In front if taken long by the goalkeeper and behind if coming from a defender due to a high press not being lured.

The wide-angle annotation for the luring the press tactic shows the first of these perfectly, as, if the press is lured and the Grabara plays the ball long, he would have dropped it in front of the defensive line to the feet of Kachunga. This is a fast and effective method of moving the ball forwards quickly whilst cutting out two-thirds of the opposition’s outfield system.

Here, an example of the ball being kept in defence and then dropped just behind the defensive line can be seen. Again, from the game against Barnsley, however, this time the press has not arrived. Having kept the ball in defence before a pass being played out wide to Danny Simpson, the full-back then spots the opportunity to drop a pass just behind the Tykes’ backline.

This was the Cowley brothers’ eighth game at the helm of the Terriers, and it is clear that his side is already well versed in the tactic. Kachunga is pointing down the line and already on the move as he knows where Simpson has been instructed to play that pass. The right-back then drops the ball just over the defender’s head and into the area marked by the yellow circle, which sets Kachunga in on goal.

By its very nature a counter-press, otherwise known as a Gegenpress, which has been popularised and perfected by Liverpool’s Jurgen Klopp, is effectively deployed by Cowley on a regular basis. The core principle of the style is simple, to win back the ball, after losing possession, as quickly as possible. This is done by playing short and sharp passes in midfield and attack to ensure that players who lose the ball are then not far away from the opposition player who is then in possession.

As can be seen in this annotation, the counter-pressing tactic demands high levels of energy and desire from the Terriers. In this instance, Trevoh Chalobah has played a stray short pass, as marked by the red arrow, and before the ball has even been picked up by the Hull defender, Lewis O’Brien is reacting. Instead of sitting back and reclaiming a defensive structure, while others do, he quickly makes up the ground on the Hull player and directly presses the ball attempting to win back possession in a short time frame.

Here, a much clearer example of Huddersfield counter-pressing from the wide-angle camera can be seen. Within a small radius surrounding the ball are four of Cowley’s players. Keeping a short distance from the ball, Cowley has his defending players stationed to quickly and energetically press the ball to make life difficult for Barnsley.

The two players either side of the ball can press the man in possession or the destination of the pass – as marked by the red arrow. Hogg in this instance is able to quickly react to the situation and as the pass is played, he challenges the receiver and wins back possession.

Another key feature which a Cowley side often displays is a lateral compactness in his side’s thirds from long balls and while defending. This narrow structure when defending and trying to pick up possession lends itself well to intercepting second balls and enforcing their counter-pressing tactic when possession is lost, and they have quickly transitioned into defensive shape.

Here, the tactic can be seen being enforced from a goal kick in an effort to be in a strong position to pick up a second ball should there be one. Their zig-zag shape and the short distances between players not only allows Cowley’s players to be well positioned to pick up second balls but also to be able to have immediate passing options over short distances – which is in keeping with the 41-year-old former Lincoln City man’s Gegenpressing style.

Back in the 3-0 victory over Hull City, Cowley’s compactness in defensive structure can be seen. While Simpson should be a little tighter in on Tommy Elphick, the short distances between players in the defensive and midfield thirds are clear. This is to allow the back two thirds to be less penetrable with through balls, which the Tigers have highlighted and resorted to playing a ball over Huddersfield’s backline to Tom Eaves as opposed to through the gaps in defence. The narrow structure also allows the Terriers to more easily defend football’s primary target – the goal – with greater numbers.

At the start of his managerial career, Danny Cowley certainly had the odds stacked against him to be managing Huddersfield Town in the Championship one day. However, over 12 years in management he has reached what one day would have seemed like dizzy heights, but his belief is that he has not reached nosebleed territory just yet.

He, and his brother, are hungry, they are determined, and they have achieved all they have in football based on merit. Their rise has been gargantuan and meritocratic, yet there is still the feeling that it is not over yet. What was achieved with Lincoln City shows what the former PE teachers are capable of with long-term goals and structures and they have a fantastic platform with the Terriers.

Cowley and his younger brother will certainly be one to watch out for over 2020 and beyond. Whether they reach the allure of their ninth and final division in England will be an entertaining watch, regardless of the outcome.