It is no surprise to anybody that Bayern Munich are top of the table in the Bundesliga after 14 match weeks into the 2021/22 season. Nagelsmann’s team sit four points ahead of rivals Borussia Dortmund.The Bavarians have found the back of the net 43 times this season, more than any other team in the league. The following visualisation indicates the percentage of goal contributions (Goals + Assists) by each player to the team’s overall tally. 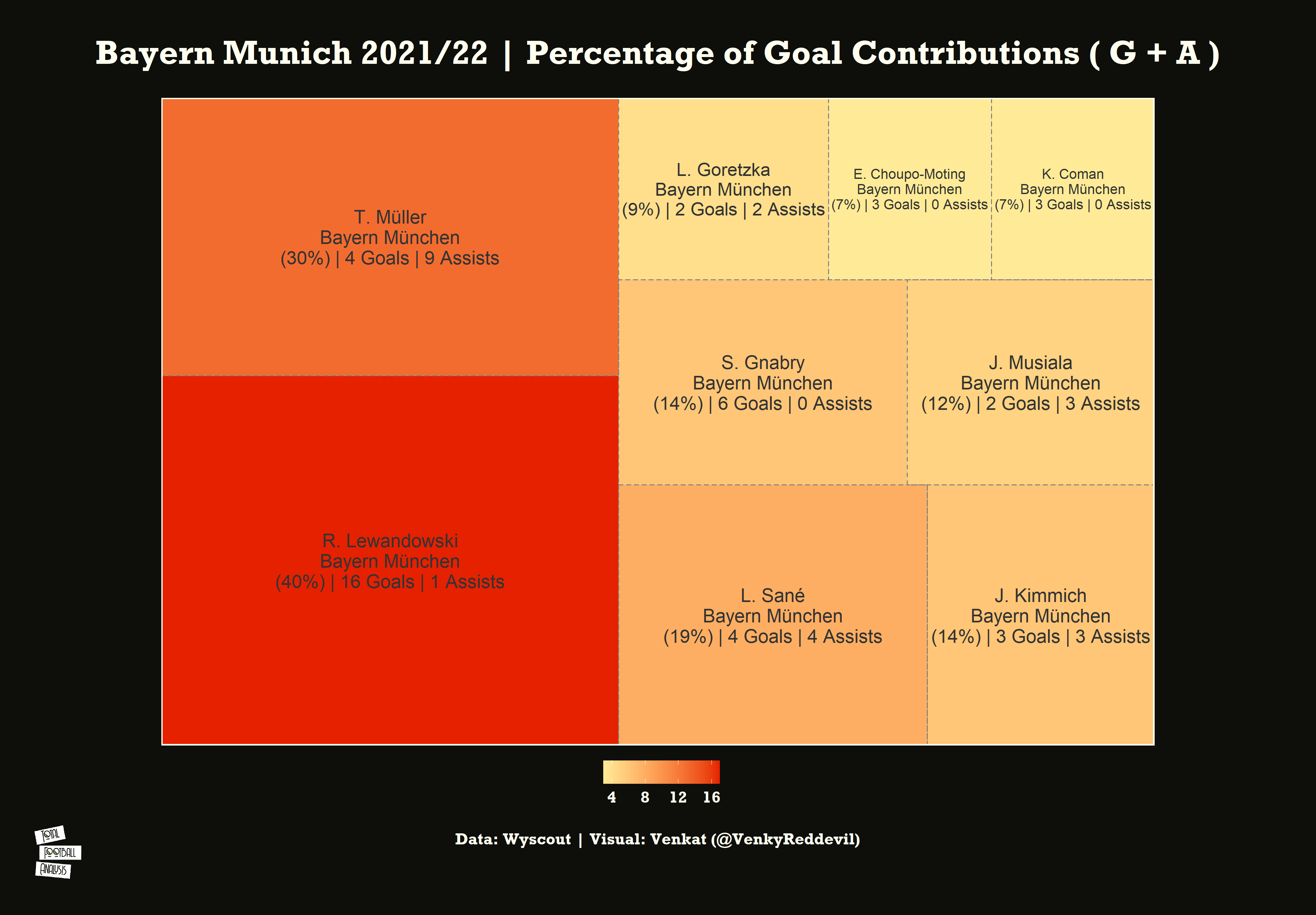 Lewandowski, as always, leads the pack for goals with 16 goals to his name. The center-forward also has one assist and has hence contributed to 40% of the team’s tally. Muller comes second contributing to 30% of the team’s tally with four goals and nine assists. Leroy Sane, Serge Gnabry, Kingsley Coman and Joshua Kimmich have all chipped in with goals and assists frequently to share the burden. Sane who netted only six times in 32 appearances last season has already scored four goals this season and also has four assists to his name. Serge Gnabry, who is Bayern’s second highest scorer with six goals and has not assisted any goals so far, meaning he has contributed to 14% of the team’s goals. The teenager Jamal Musiala has contributed to 12% of the team’s goals with two goals and three assists. Bayern Munich had 15 different contributors last season but already have nine different contributors this season. So, it remains interesting to see if any more players will chip in to contribute.