Borussia Dortmund are second in the 2021/22 Bundesliga table and are only four points behind defending champions Bayern Munich as one-third of the season is already over. One player who has been absolutely vital to Dortmund this season is a teenage star from Birmingham – Jude Bellingham. The 18-year-old midfielder signed for the German club in the summer of 2020 and has gone on to become one of the untouchables in this Dortmund squad, especially under current manager Marco Rose with the midfielder starting every game in league so far.

The following visualisation shows where Jude Bellingham ranks for some of the most important metrics when compared with fellow midfielders in the Bundesliga. 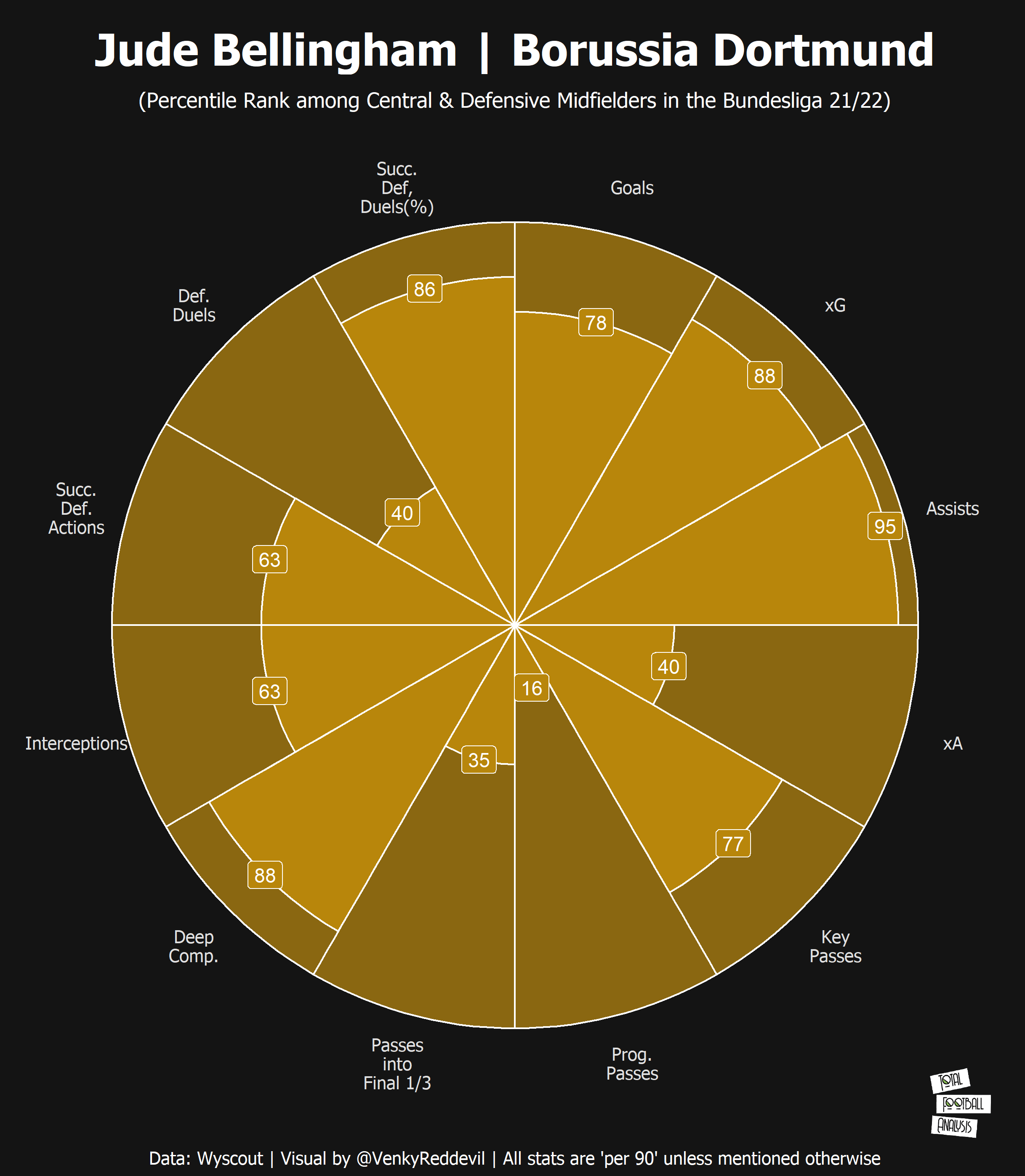 Jude Bellingham, as you can see in the visual, is an able creator as he ranks in the 77th percentile for key passess per 90 minutes this season. Per Wyscout, Bellingham has three assists to his name, joint-top among Dortmund players. In spite of not playing regularly as a defensive midfielder, Bellingham also wins a large number of his defensive duels, with the midfielder ranking in the 86th percentile this season for that metric. Jude Bellingham ranks in the 88th percentile for deep completions, meaning he often attempts a pass close to the opponent’s goal. That also explains why he is a great creator. One aspect of his game that he may have to improve is his progressive passing as he only ranks in the 16th percentile for progressive passes per 90. Jude Bellingham has shown that he can be a reliable midfielder in this season, so far. At only 18 years old, he is already playing regular top flight football for one of the best clubs in Europe. He is not yet the complete midfielder but he has a lot of years ahead of him. If he continues to develop at the rate he has already, Bellingham could very well become one of the very best midfielders in Europe.