Wolfsburg finished fourth in the 2020/21 Bundesliga season. This was their best campaign since their second place finish in 2014/15. Wolfsburg’s impressive season must be mainly attributed to their excellent defensive record with Mark van Bommel’s team conceding just 37 goals. Only RB Leipzig had a better defensive record. Offensively, Wolfsburg scored 61 goals and only four other teams bettered that tally.

The below visualisation compares the  five game rolling average of xG and xGA of Wolfsburg in the 2020/21 season. 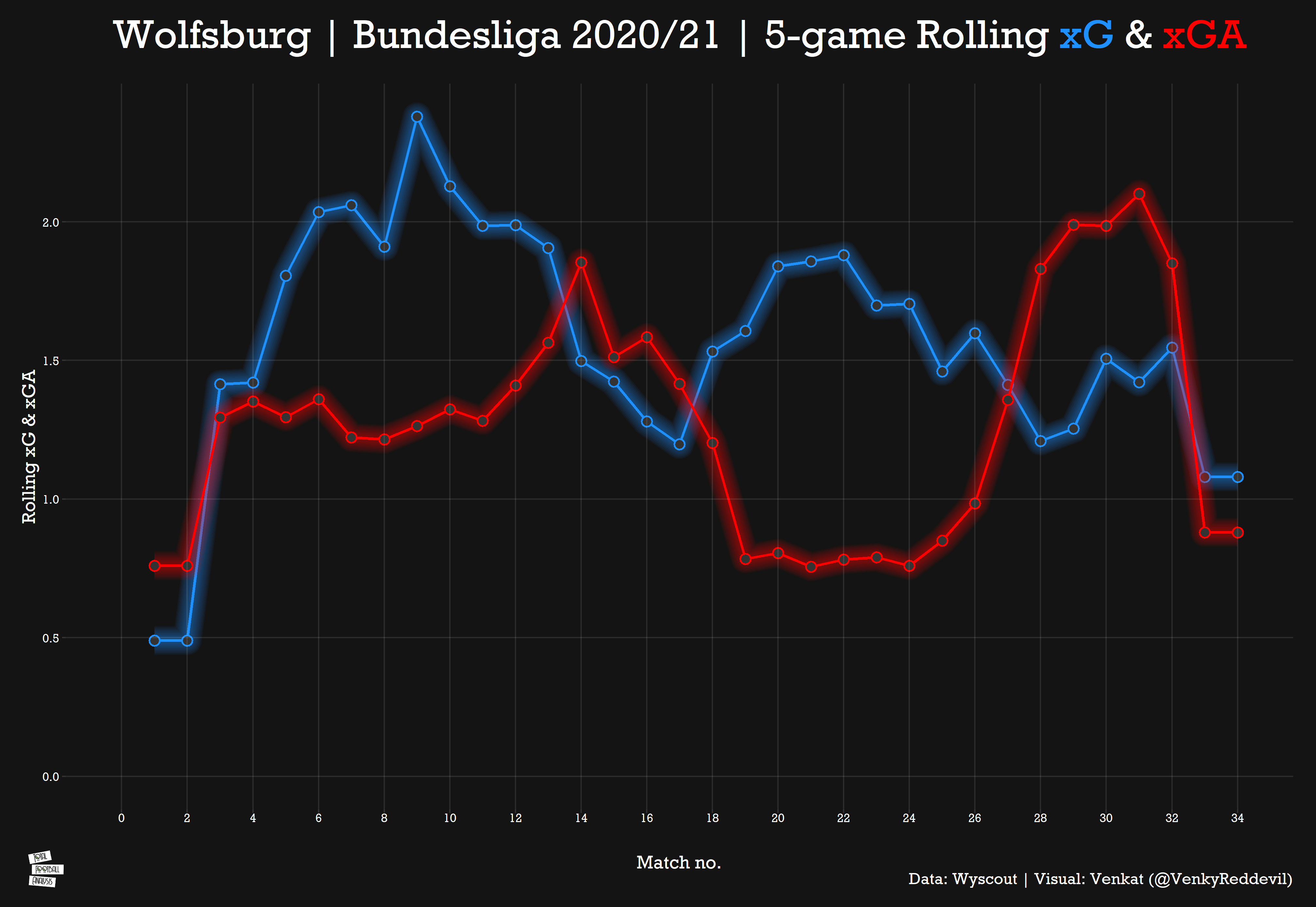 After a somewhat slow start to the season with four draws in their first four games, Wolfsburg won their first game against Arminia in Matchweek Five. That game was also one of their best offensive performances in the season with an xG of 2.81. Since that game, Wolfsburg’s season took off with them only losing two games in the next 18, including a four game winning streak in January. However, towards the end of the season there was a slight drop in xG but a small rise once again helped them finish the season strongly.

Defensively, the xGA curve seems to regularly fluctuate. The game against Bayern Munich in Matchweek 29 was one of their worst performances defensively this season. The drop in performance towards the end of season is also evident in the xGA curve.

Overall, Wolfsburg found some stability during an important period of the season at the beginning of the current year and that helped them to secure UEFA Champions League football for next season. 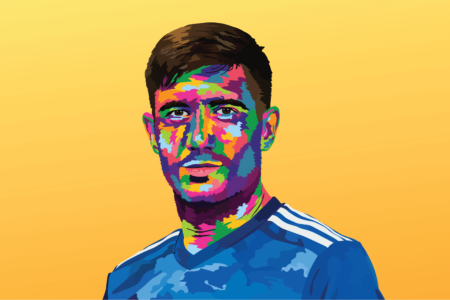