Bruno Fernandes signed for Manchester United in January of 2020. Since then, the Portugese international played a crucial part in securing Champions League football towards the end of last season. In the current season he has been involved in nine goals (six goals and three assists) – more than any other Manchester United player. Not just that, Fernandes has been the leader on the pitch that the Manchester United fans and manager Ole Gunnar Solskjaer have been calling for. During the weekend, he scored another goal (from the penalty spot) to help his team secure their first league win at home. However, the following visualisation does not show anything related to his goals but instead is a presentation of his passing from the game. The boxes in the plot indicate the starting zones of Bruno’s passes and the number inside each box indicates the number of passes from that zone. 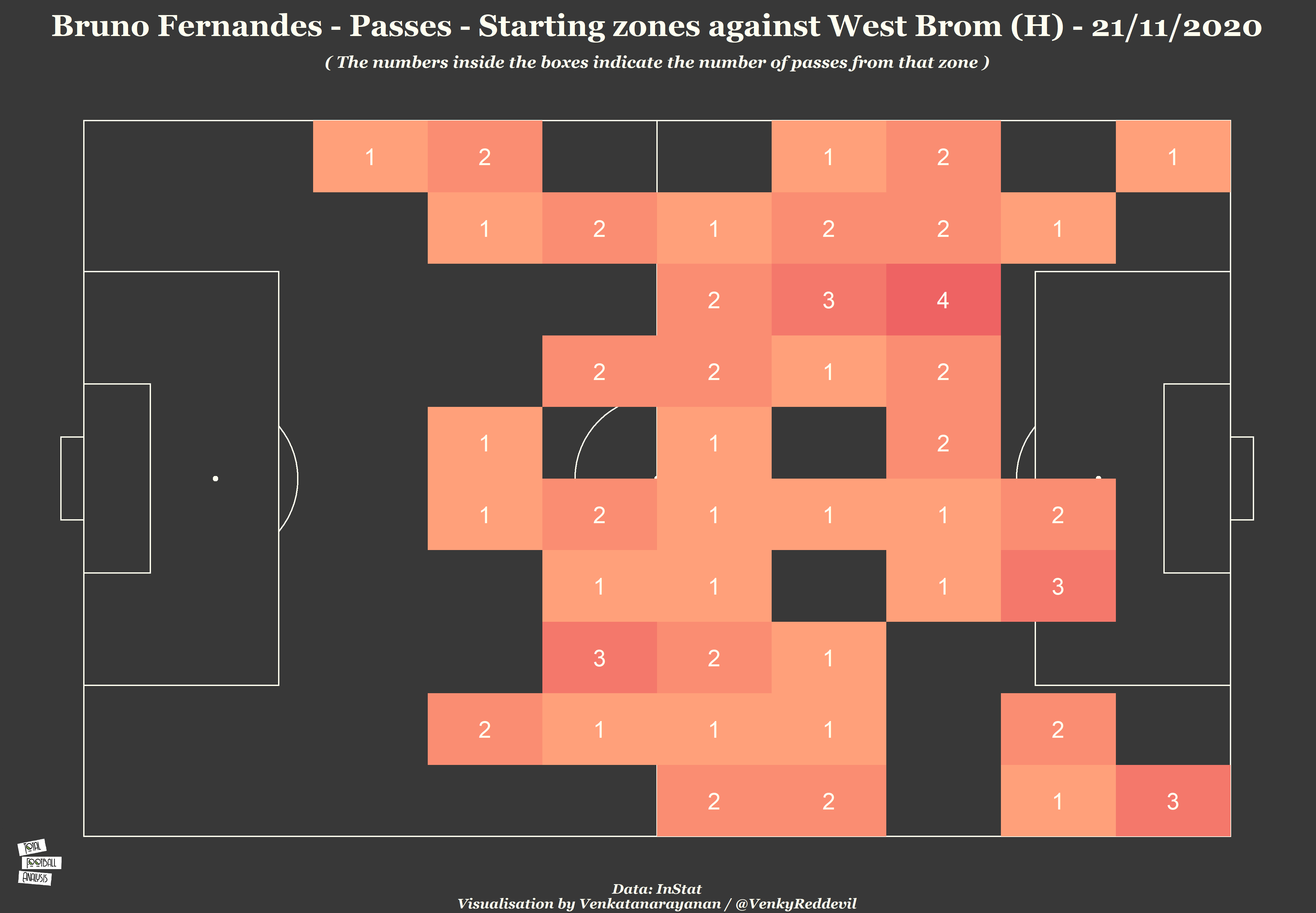 The midfielder generally plays just behind the striker but sometimes drops deep to start the attack. The attacking-midfielder made four accurate key passes per InStat – the most of anyone on the pitch.