There is such a stereotype that football is a male sport. As in many other big games, however. But today the situation here is different. There are big breakthroughs and a lot of close attention to women’s football. Until the 1970s, football was predominantly male. Although the United Kingdom had earlier matches of The Munitionettes’ Cup, which were attended by 50 thousand spectators, in 1921 the English Football Association banned official women’s football in their fields. It could make significant competition for men, and they decided to send women back to the kitchen. Only after 50 years, the ban was lifted.

Of course, the women were not left with anything at all, they created their own football association, and continued their development. In 1971, the game Mexico – Denmark was watched by 110 thousand people. In 1999, 90 thousand spectators came to the USA – China. Impressive, right? Watch key analytics, football news and highlights on buaksib to keep abreast of the big football world. The world of football is immense and it is only growing.

Women defend their right to equality in all professional areas, football is no exception. And they have many supporters. Back in 2017, UEFA launched the WePlayStrong promotion to popularize women’s football. TotalFootballAnalysis.com covers all the key events of women’s football. FIFA 2.0 claims 60 million women in professional football by 2026. Women in this sport strive to make it a must-have program for school stadiums so that girls will play just like boys.

The European Championships and UEFA Women’s Champions League tournaments are winning viewers exponentially. By 2017, there were more than 1.270 million registered football players in Europe and the number of leagues from 2013 to 2017 increased from 164 to 266. On May 24, 2020, the final match of the 12th UEFA Women’s Champions League will take place, with 62 participants. In 2019, in the TOP 5 European championships: Arsenal, Atletico, Lyon, Wolfsburg, Juventus. At the match, Atletico – Barca in 2019, a record was set of 61 thousand fans for women’s clubs. In Bilbao, women’s football conquered 48 thousand, Turin 39 thousand. At the 2019 World Cup there were 24 countries, 552 players.

It is most difficult for women in football to make their way in the Middle East and Central Asia, but there is also positive growth there. But this sport and it’s female half are actually pretty good. After all, this is one of the few types of women’s sports in which professional leagues and world-class matches have long existed. Strength and sport are always beautiful. Especially performed by women. 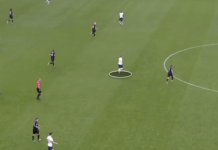 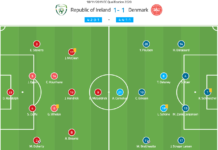 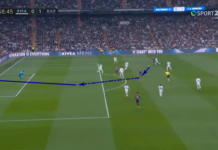 Top Greatest El Clasico Of All Time Which Is Your Favourite?