The festive period has always been a busy one for English football, and this year is no different. The upcoming week will see the Premier League play on Boxing Day, then again over the weekend, and then once again on New Year’s Day – three rounds of fixtures condensed into one action-packed week. This is, of course, a long-standing tradition – Christmas and the New Year just do not feel the same without football. Of course, jam-packed weeks like this one bring the opportunity to ‘earn’ some extra Christmas cheer, if you will. I am, of course, talking about augmenting the football experience during the festive season through betting and mobile betting, via the Bet365 app by AppModo.

This season, while Liverpool look unstoppable in their pursuit of a long-awaited league title, it is the identity of their closest challengers that has come as a surprise. Most fans and neutrals expected it to be another close fight between Manchester City and Liverpool for the title, but at the moment, it is Brendan Rodgers‘ Leicester City side who are second in the table. Of course, they are ten points behind the leaders, but the Foxes have been excellent so far and fully deserve to be at least in the top four at the end of the campaign. Rodgers’ arrival towards the end of last season has spurred Leicester towards the upper heights of the table and their form is reminiscent of their miraculous title win in 2015/16. The former Liverpool and Celtic manager has created one of the best attacking sides in the league, with the likes of James Maddison, Harvey Barnes and Youri Tielemans putting in superb performances every week. The Foxes can legitimately argue that they have one of the best full-back pairings in the league in Ben Chilwell and Ricardo Pereira, while the summer departure of Harry Maguire has barely been felt due to the emergence of Çağlar Söyüncü. And of course, there is the phenomenon that is Jamie Vardy. He has undergone a resurgence like no other under Rodgers, being extremely economical with his work outside the box and still possessing the rapid pace and ruthless finishing that propelled him to the limelight during the title-winning season. Vardy leads the Golden Boot race with 17 strikes so far, six ahead of his nearest challengers, and he is showing no signs of slowing down, both literally and otherwise. Leicester are flying high once again, and it would take a significant collapse for the Champions League anthem to not play at the King Power stadium next season.

Fans of the Foxes can back them over the festive period with some attractive punts available. It is a mark of their recent form that they are priced at 3.50 for their next league game, which is against Liverpool; most other sides would be at much higher odds. While not at the scale of their triumph against the odds in 2016, they are at 51.00 to win the league this time around; however, 1.25 to finish in the top four looks like a no-brainer, while Vardy is favourite to win the Golden Boot at 2.00. 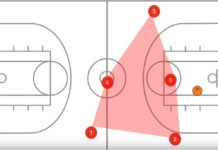 Sports Can Make You A Better Student