Mary Fowler: why “exciting prospect” is backed to shine for the Matildas at the Olympics – scout report

The women’s Olympic football tournament begins today and could be one of the most exciting and interesting tournaments in recent memory. Plenty of top countries will be fighting for the gold medal, and plenty of players will want to increase their reputation in the game.

One of those backed to shine is Mary Fowler, an 18-year-old forward from Australia, who is already seen as an exciting prospect globally. Beginning her career with Illawarra Stingrays and Adelaide United Women in her home country, she has spent the last year at Division 1 Feminine side Montpellier Feminines, becoming an integral part of their team. This tactical analysis will examine two aspects of her play, seeing why she is so highly rated, as well as analysing how Australia could use her tactically during the Olympics.

The first thing to look at in this scout report is Mary Fowler’s positioning around the pitch, seeing how her movement and spatial awareness fits into Montpellier’s tactics.

Here, we see Montpellier attacking against Issy, with Fowler on the far side of the pitch. Montpellier as a team like to have a wide structure when in possession, making it harder for their opponents to defend against them. The ball is on the nearside, but the Issy defenders can’t all close it down, as that would allow Montpellier to play the ball into the space behind them and have an open route to goal.

Focusing on Fowler’s position specifically, one of her key qualities is holding her position and not being tempted to come towards the ball. If she were to drift inside the pitch, Issy could surround her and end her threat, so her spatial awareness ensures her team can continue to stretch across the pitch, increasing the chance of their attack leading to something.

However, Fowler is not a forward who stays high up the pitch, waiting for the ball to come to her. When her team are out of possession, she tracks back to collect it, often working in tight spaces to transfer the ball into good areas. Here, she plays a short pass inside the pitch, as shown by the yellow arrow, before making a curved run outside her teammate to receive the return pass. Issy tends to defend narrowly, leaving the wings open, and this is where players like Fowler can use their decision-making and movement to get around them and into open spaces.

This situation demonstrates Fowler’s ability to think quickly when under pressure. Whilst some players would have made a mistake under this pressure, Fowler’s confidence allows her team to play quick passes before the opposition can get back to block off the space, and this is highlighted by her 65.9% passing accuracy from last season. This is therefore another reason why the Australian, who wears number nine for Montpellier, has become such a dependable player for them.

When playing in a central role, Fowler is just as smart. She is not the quickest player around, ordinarily making it easier for teammates to limit her influence, but makes up for it by constantly finding gaps and creating options for her teammates in attack.

Here, she is behind the majority of the PSG Feminine players and can run at the PSG goal once she receives the ball. PSG like to close the ball down quickly, often leaving spaces open defensively in the process, and this is why Fowler has found so much space among them here. However, the key point to understand is that Fowler uses clever movement to cause problems for opponents, mitigating for her lack of natural speed.

One thing that Fowler needs to be aware of is being dragged towards the ball when playing centrally. We have already mentioned how she holds her position well when out wide, but, as this image illustrates, she doesn’t always have the same discipline when in the middle. This risks leaving spaces open centrally for opponents to close off, making it harder for Fowler or her teammates to break through them.

Here, Guingamp Feminines have a high backline, so there is little space available anyway, but Fowler’s run towards the ball also forces her teammate on the far side to come inside, decreasing the natural width Montpellier have. This is not a major problem, but is something Fowler needs to be aware of as her career progresses.

In the final third

This analysis has so far examined how Mary Fowler positions herself during games, linking up play for her team, but we will now turn to how she operates in the final third, helping her team to create goalscoring opportunities.

The first thing to mention is that Fowler always looks to play on the front foot. Here, she is in a left-sided forward role, playing as part of the support line for Montpellier, but always wants to get forward where possible and offer herself as a passing option. The striker ahead has turned her back to the Issy goal, requiring a run from one of her teammates to keep the attack going. Fowler getting forward in these situations is a regular sight, and again shows why her team depend on her so much.

We have already mentioned how she can play centrally as well as in a wider role, and this image shows her running into a gap to again continue her team’s attack. Her awareness also comes into play here, as she is the one who looks for space when the ball is in a congested area, such as here.

The fact that she finds these gaps demonstrates her awareness, even at a young age, to see what is going on around her and where she can help her team out. When she is playing, opposing defences cannot leave spaces open, and any they do leave exposed tend to be punished.

As mentioned, Fowler has plenty of confidence and self-belief, and a good instinct for what to do in different situations. On this occasion, the ball is loose on the edge of the box, and Fowler shoots at Dijon’s goal with her first touch, scoring, without considering her options beforehand. She got 46.7% of her shots on target last season, as well as having a 0.31 goals per game value (from a 0.29 expected goals (xG) value), so this is another sign that she has a big future, and will thrive on the highest stages. This is no doubt one of the reasons why Australia picked her up when she was just 15 years old, and why she has already earned a move to one of the best leagues in the women’s game.

As mentioned at the beginning of this article, Mary Fowler is part of the Australia squad for the women’s Olympic football tournament, which begins today. Therefore, it seems appropriate that we spend some time seeing how she could fit into her national team’s tactics.

When playing for Australia, Fowler has mainly operated in the same left forward role she plays in for Montpellier, meaning she has been able to transfer her skills onto the international stage with relative ease. However, what is notable in this setup is that she is positioned further back than the other forwards. Denmark’s defence is focused on the two players ahead of Fowler, leaving her in open space and giving Australia options here. She can either hold her position and provide a target for her teammate on the far side, in the white circle, or she can drift inside if one of those ahead of her is pulled out towards the wing. Therefore, she anticipates what could happen and ensures she can easily adapt to changes in attacking situations.

At the Olympics, it will be important that Australia can adapt, as their three group stage opponents, Sweden, New Zealand and the United States, will set up in different ways, and Fowler will be a key player in this.

When Australia are transitioning from defence to attack, it is critical that they move the ball quickly. Chelsea Women striker Sam Kerr has begun the counter-attack against Germany here, but has been closed down and forced to pass the ball. Fowler, in the yellow circle, uses her awareness to support Kerr, getting forward to receive the pass and continuing the attack. This leads back to her being a supporting player when Montpellier needed someone to get behind the defence, and so Australia can again use Fowler’s skills to maintain momentum when going forwards.

Sam Kerr tends to play ahead of Fowler, but this does not mean that the Chelsea player is alone when in the final third. As we can see here, when Kerr needed a passing option, Fowler was there to offer it, drifting between the Sweden defenders to find some open space. Like when she exposed gaps against Montpellier’s opponents, her ability to change direction in tight spaces is another thing Australia will benefit from during the tournament.

In conclusion, there is no doubt that Mary Fowler is one of the best young players in women’s football globally. Her movement and awareness of her on-pitch surroundings has made her a key player for both Montpellier and Australia, whilst her ability to locate spaces in the final third causes plenty of problems for their opponents. As a result, she will be one to watch at the Olympics, with this tactical analysis highlighting a few different ways that she can help Australia to break down their opponents.

She still has plenty of time to improve and become even better, and learning from experienced international teammates like Kerr, Arsenal Women forward Caitlin Foord and former West Ham United Women midfielder Emily van Egmond will potentially help her to continue moving up the ladder, maybe even making a move to a top women’s club in the near future. 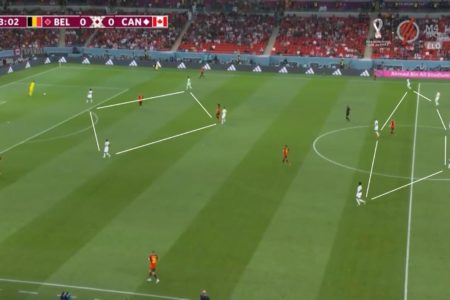 The 2022 World Cup might be providing fans, objectors and organisations with plenty of discussion points off the field, but […] 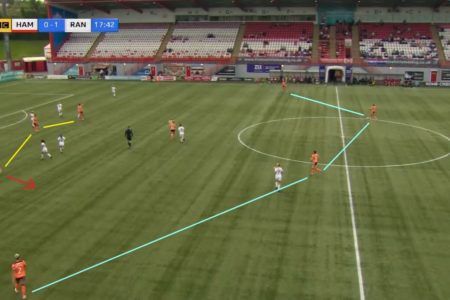 “We’re confident in our ability”: Why Rangers are currently taking the SWPL 1 by storm – tactical analysis

There are many women’s football leagues around Europe that perhaps don’t attract as much attention as others, with fans understandably […] 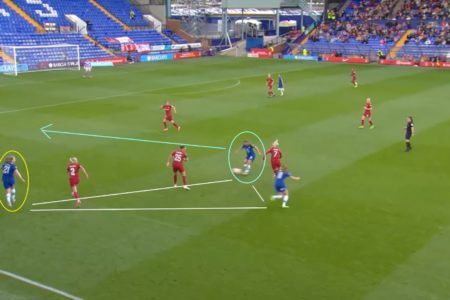