The Premier League has played host to some of the best players ever to grace a football field since its inception in 1992. While tactics are different nowadays and the reluctance of playing two strikers in the same team has been transitioned into a central striker and a neat and skilful passer playing behind him; the days of strike partnerships are a sign of the past.

Betting on football used to be pretty straightforward. Teams with strong strike partnerships such as Manchester United with Cristiano Ronaldo and Wayne Rooney would often be the favourites in any game they played in within the Premier League markets. Nowadays, the team that would head the betting would be the club with the most strength in depth and will be managed by the most versatile manager; such as Manchester City being the market leader for every trophy possible under Pep Guardiola.

But which strike forces down the year struck fear into the opposition and always ensured that their team was the favourites to win the big matches?

There aren’t many Premier League strike forces that can claim to have fired their team to more silverware than the duo of Andy Cole and Dwight York. The partnership cemented not only the Premier League title, but also success in the FA Cup and Champions League. Their connection was almost telepathic following Yorke’s transfer from Aston Villa, and the partnership continued to blossom in the season following the famous treble win; with 35 goals between them securing a third title on the bounce for the Red Devils.

Whenever there is a list of the ten finest exports in the Premier League, both of these Arsenal legends appear of the list. They played a crucial role in the famous 2003-04 season which the Gunners ended the season as Invincibles. The Frenchman’s pace struck fear into the opposition, while the Dutchman could find his strike partner with his eyes closed. If there was a duo that epitomised this vision that Arsene Wenger had on football; then this was it. They were a slightly different variation of strike force due to the Dutchman primarily being the creator. Nonetheless, they still ended up winning multiple Premier Leagues and FA Cups.

The Dutchman’s chemistry with Henry ensured that Arsenal were among the leaders in betting markets for significant honours, while also ensured the Frenchman as the leading chance to be the first goalscorer in the betting. Punters can take advantage of these kinds of relationships with using the free bets in 2019 that are given out by bookmakers to ensure that maximum profits can be made. The modern day equivalent- to some degree- is Eden Hazard and Olivier Giroud; with the Frenchman ensuring that Hazard is the favourite to score first in the upcoming Europa League final against the Gunners.

The Blackburn duo was the first partnership that was given an acronym; SAS. The three letters took a whole new meaning to Rovers fans and manager Kenny Daglish, and they were often pulled out of danger by their attacking services. Shearer still holds the record for the most amount of goals to be scored in the Premier League, and that looks a record that will take some beating. The partnership between the pair was instant, and they combined for 49 goals as Rovers shocked the world by winning the Premier League in 1995. Shortly after, Shearer departed for Newcastle and Sutton struggled for form as Blackburn became the first and only team to have won the Premier League and been relegated.

Not only did they return to the Premier League, but they were relegated again in 2012. They can be quoted as high as 33/1 with some bookmakers for promotion next season, but it remains a far cry away from the days of SAS. 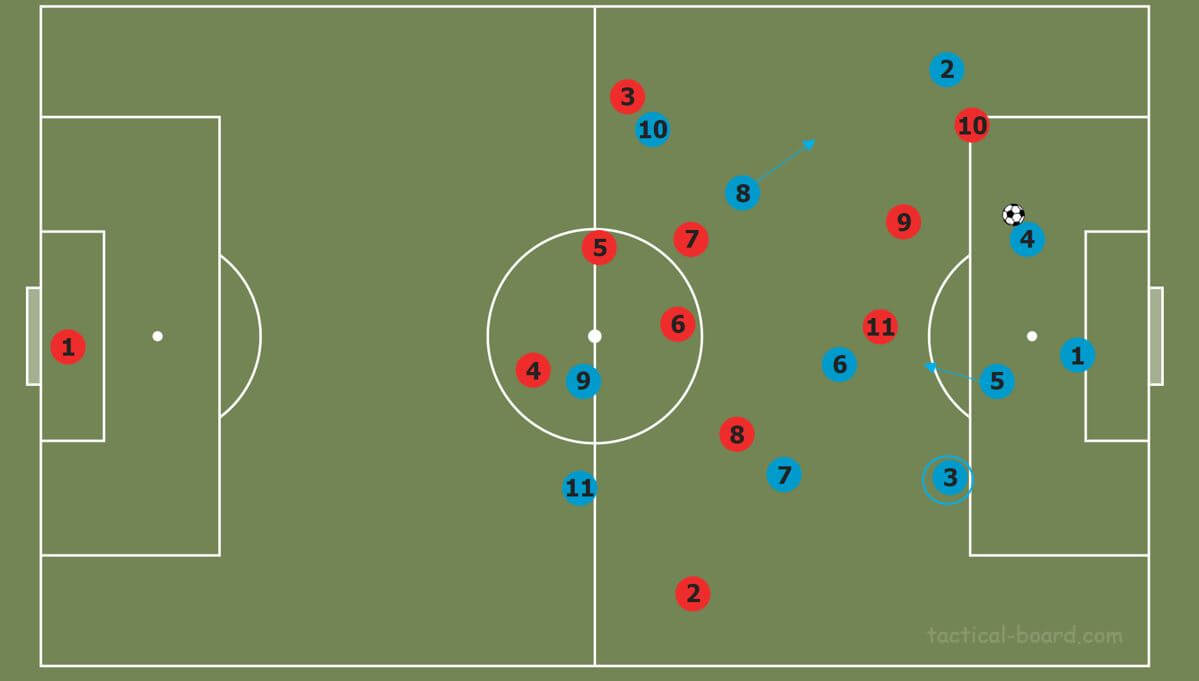 Why Brazilian star might not solve Chelsea’s left-back woes