Another win for Arsenal means they have now gone 21 games unbeaten, but it wasn’t easy. Following the two massive match-ups against Tottenham and Manchester United, something seemed to be missing against Huddersfield. That something looked to be energy and spark.

More so against Tottenham, the players looked as up for as any game in recent memory. However, it’d be fair to suggest that and the midweek draw and United took a lot out of them.

But how did that show against Huddersfield? Well, let’s take a closer look at some of the statistics to find out.

It was one of those matches where putting all your favourite football tips into one massive accumulator was very nearly blown apart by the Arsenal.

Over the course of the 90 minutes, it was clear that Arsenal were the better side with the ball. However, without the ball, Huddersfield did a great job of frustrating them.

As expected, Arsenal dominated possession of the ball. But with Huddersfield picking up some great spaces, this forced a lot of Arsenal’s possession to be in the midfield third where the centre-backs would trade passes.

The Terriers occasionally pressed high which caused Arsenal problems, but their persistence was rewarded late on. 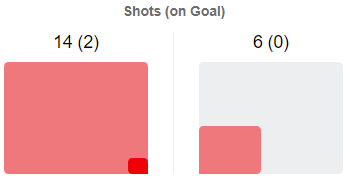 As we can see, Arsenal were on the front foot much more than Huddersfield. Although they peppered the goal with 14 shots, there was a clear lack of quality as only two of those shots were on target. Both strikes came from Lucas Torreira.

However, it is a credit to Arsenal that they didn’t become discouraged and stop looking for that winner. Staying persistent in this game was the difference between one point and three. Who knows how important those extra couple of points could be come the end of the season.

Time To Dig In

One area where Arsenal impressed more than usual was without the ball. With 23 fouls having been given, the nature of the game is clear for everyone to see. But Arsenal did well to match the physicality Huddersfield brought to the game without over-stepping the mark.

This can be seen as three of the four top tacklers from the game were Arsenal players.

Surprisingly, Torreira isn’t one of those players but that goes to show that the whole group of Arsenal players need credit when it comes to their off the ball work. Yes, Torreira is probably the biggest improvement that has been made to the squad but they are also becoming better collectively when out of possession.

Sokratis is another big part of that but with Granit Xhaka at the top, he also deserves a lot of credit for the role he played in the game.

It wasn’t the prettiest game of football, but Arsenal got the job done. In many ways, this has been what some fans have been crying out for. For Arsenal to win ugly and get results. However, with the influx of Christmas fixtures coming, it’ll be interesting to see whether the performances reach a higher level and if they do, whether Arsenal can keep grinding out results.

Either way, the Huddersfield game will be looked at as a good result and we move on to the Europa League and then another Premier League match at the weekend. Don’t forget to place your weekend football accumulator tips and include Arsenal as the run looks like continuing.