Manchester City, under Pep Guardiola, have broken quite a few number of records in the English Premier League. They became the first side to secure 100 points in a single English Premier League season when they won the title in 2017/18. One category they have been ruthless, in breaking records, is finding the back of the net. City have scored 383 goals in four league seasons under the Catalonian, averaging ~2.5 goals per game. They have scored more than four goals twenty times, including a 8-0 over Watford, in these four seasons. City have failed to score only thirteen times in the league under Guardiola. That’s ~9% of the games only. So it is fair to say, City’s attackers always turn up for league games.

The graph below shows the number of goals Manchester City have scored against every opponent they have faced in the premier league since 2016/17. 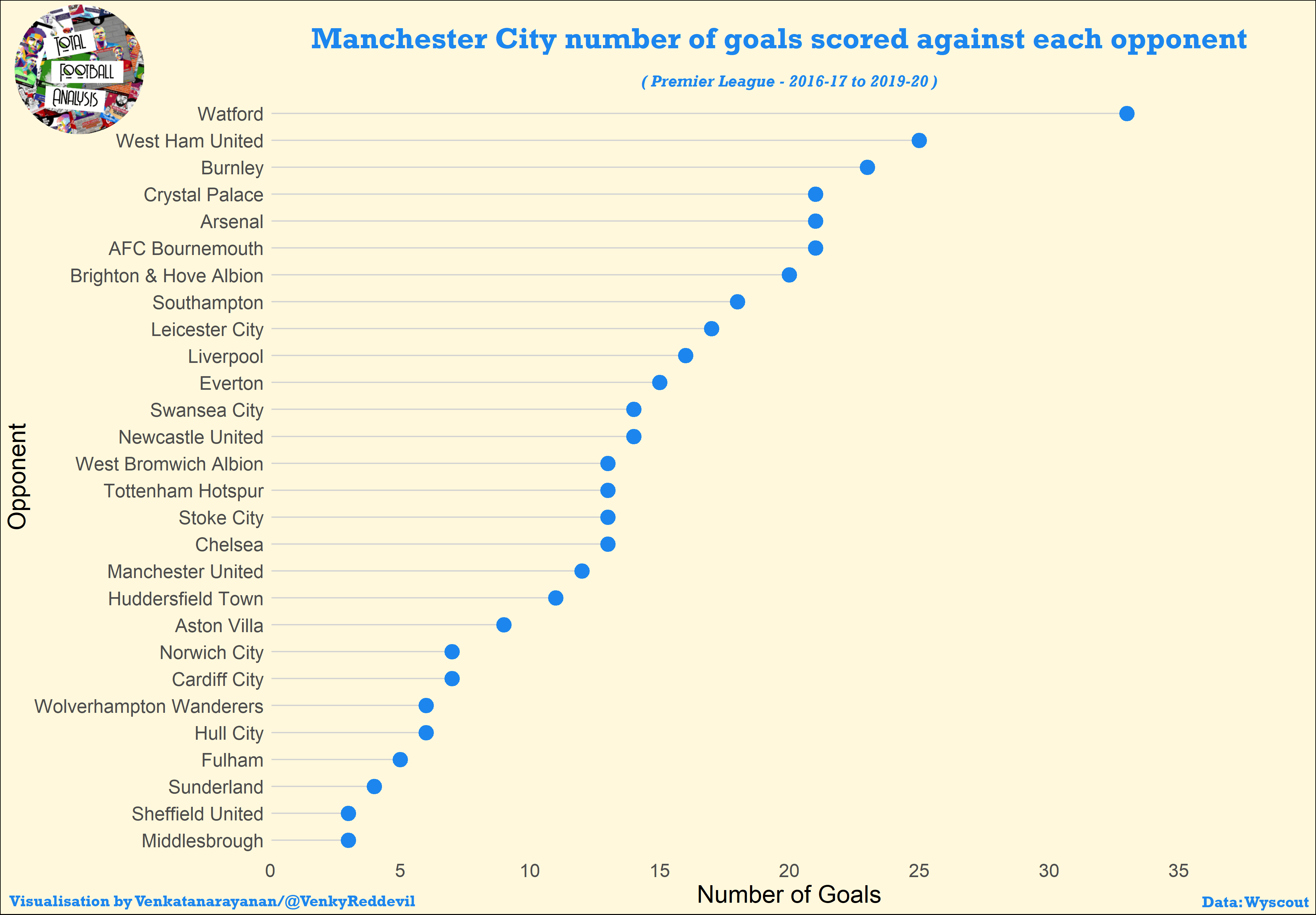 Quite clearly, Watford seem to be City’s favorite opponents followed by West Ham United and Burnley. The team from the blue half of Manchester have scored ~8.7% of their league goals against Watford. The Hornets are also the only team against whom City have scored more than four goals away from home more than once.

When you consider the traditional ‘big six’ opponents, Arsenal seem to be City’s most favorite. Against the Gunners, City have scored 21 goals in four seasons. Another interesting thing to note here is perhaps that City have scored only 12 goals against their local rivals United, which is their least against teams who have been in the Premier League for all four seasons.